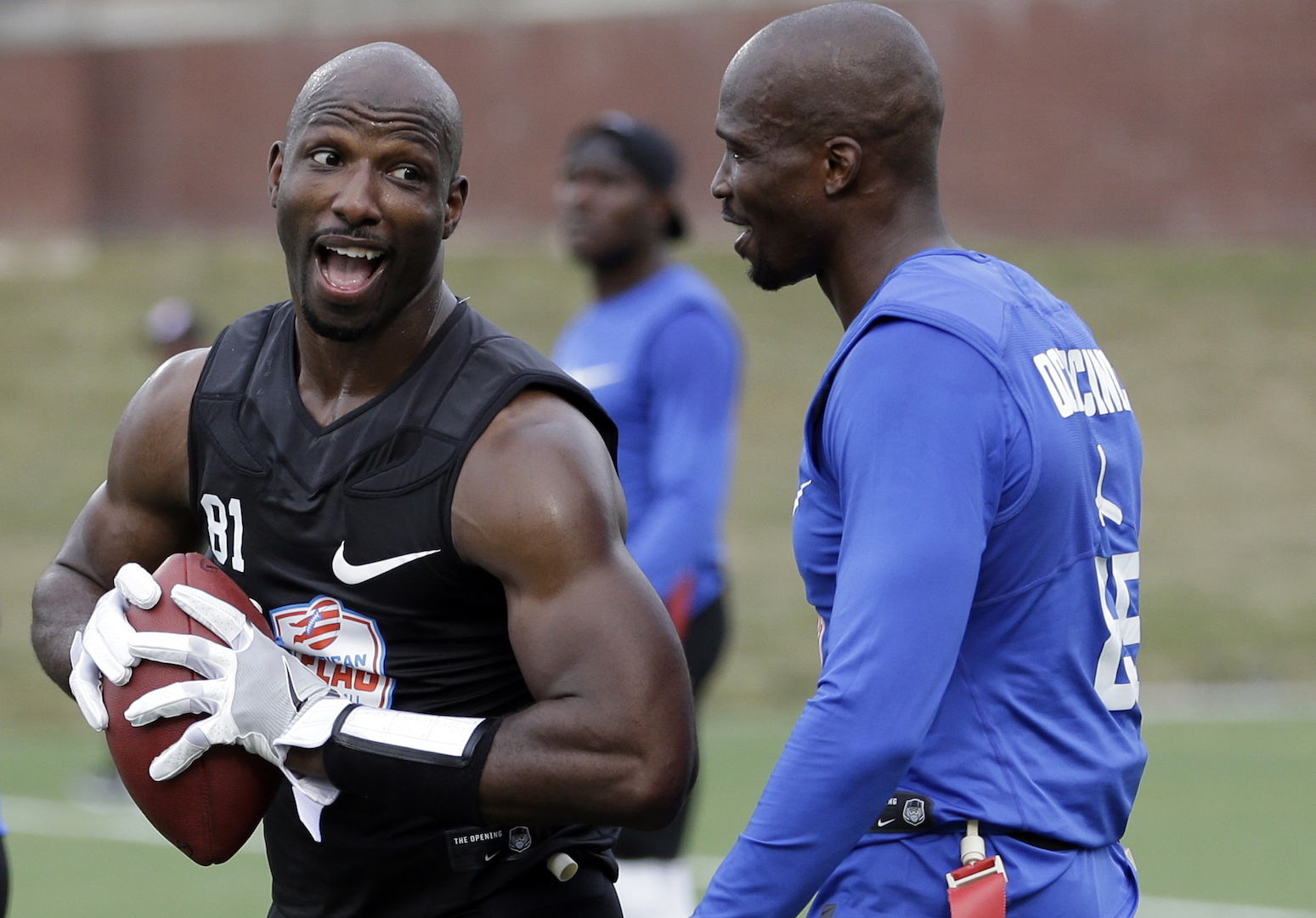 
The American Flag Football League championship game is tonight, and it begs the question what an all-star flag football team with NFL players would look like. There are tons of opinions on who would make a great flag-football player, but I would be confident in this group of 14 going up against anyone.

In flag football, you want accuracy from your quarterback. Escaping from the rush is an obvious bonus, in which case Russell Wilson’s dual-threat ability might make him the best option. But Brees can move around enough and can put the ball wherever he wants while letting his weapons do the work. He’s a perfect flag football quarterback.

You aren’t going to run the ball a lot in flag football, so you need someone that excels as a receiver at the position. There are a lot of good ones, David Johnson is arguably the best receiving back in the NFL. I like his ability to get deep better than Le’Veon Bell, who might be more of a terror underneath in flag football.

As a quarterback, getting open is what you want from your guys in flag football, and that’s what Antonio Brown does. AB has the ability to run every single route, and he can catch short passes and take them the distance.

Of all the guys that can take short passes the distance, Odell Beckham Jr. is probably the best at it. Because physicality is not much of a factor in flag football, Beckham can go deep over the middle more than he might like to in the NFL. Beckham’s double-moves on deep routes would be difficult for defenders to cover.

Julio Jones, who might be the best receiver in the NFL, T.Y. Hilton, Tyreek Hill, and Sammy Watkins were among the other options, but Keenan Allen seems like he’d be a beast at flag football. His route running is top notch, and he can also take the crossing routes and screen passes and make defenders look foolish with his nasty juke move. Allen would also mesh well with Brees’ accuracy.

There are a lot of young, athletic tight ends in the league, but Rob Gronkowski is the best option even in flag football. Gronk’s size and catch radius would particularly come in handy at the goal line when it can get tough to punch it in.

Centers are ineligible receivers with the AFFL’s rules. The most athletic center in the NFL could get down the field and help block for receivers, though.

Luke Kuechly would probably excel at grabbing flags because he’s laser-focused all the time. The All-Pro linebacker’s speed and great feel in zone coverage would make getting things in the middle of the field more difficult for offenses.

Blitzing can be an important tool in flag football, so I thought about a pass rusher or an excellent pass rushing off-ball linebacker like Mychal Kendricks. Deion Jones has more than enough speed to get to the quarterback in flag football, and he’s also very good in zone and man coverage.

The cornerback group was probably the toughest to choose because there are so many of them. Even without the ability to actually use hands and press, Xavier Rhodes is arguably the NFL’s premiere shutdown corner at the moment.

Players can play both sides of the ball in flag football, and Patrick Peterson might be able to get a few snaps on offense; he could at least handle some kick- and punt-return duties. Oh, and he’s one of the best cover guys in the league. Overall, P2’s elite athleticism would be an asset in flag football.

Tre’Davious might soon become a Darrelle Revis-like shutdown corner that sticks to anyone and shuts them down. That’s certainly something that can be utilized on a flag football defense just like it can on a real NFL defense. Like Rhodes and Peterson, he’s athletic enough in the wide-open game.

For flag football safeties, I went with two of the guys among those with the best range in football. HaHa Clinton-Dix can cover a ton of ground on the backend, and his size in general at 6-foot-1 makes him appear tougher to complete passes on for quarterbacks.

Kevin Byard is a couple inches shorter than Clinton-Dix, but he certainly has plenty of range to make plays all over the field after he showed he was a ball-magnet with eight interceptions for the Titans in 2017. Even in flag football, deep passes would be hard to come by against a two-deep look featuring Clinton-Dix and Byard.