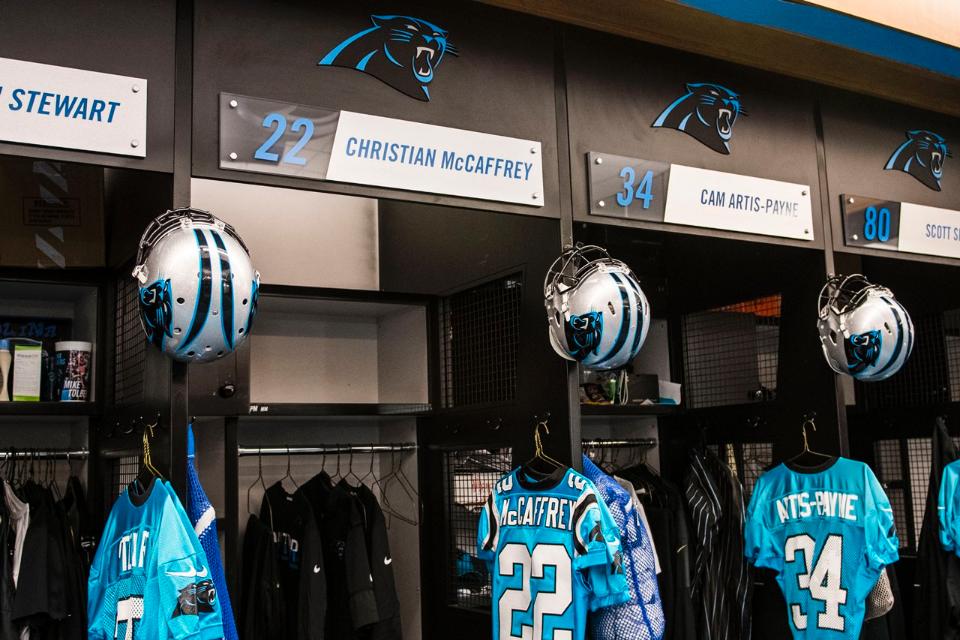 Christian McCaffrey Should Make A Quick Impact With Carolina


“With the 8th pick of the 2017 NFL Draft, the Carolina Panthers select… Christian McCaffrey! Wide receiver…I mean running back, Stanford.”

Just as Thomas Davis accidentally said when announcing the pick a week ago tonight, the Carolina Panthers not only got a stud running back, but they also got a guy that can run routes like a receiver. Arguably the most versatile running back in the draft, the Panthers just checked three boxes of their team needs.

While 30-year-old Jonathan Stewart is still in Carolina, McCaffrey will get a lot of work as rookie and eventually replace him fully.

They also got Cam Newton some help in the passing game, with Christian McCafferey being a legitimate weapon next to Kelvin Benjamin and Greg Olsen.

Lastly, they got a kick returner who averaged 26.4 yards per kick return at Stanford to replace Ted Ginn Jr., who left for the rival the New Orleans Saints in the offseason.

The addition of wide receiver coach Lance Taylor to the Panthers could be seen as a hint of what will happen in the future, as he was McCaffrey’s running backs coach at Stanford, and will now be coaching him in the NFL.

McCaffrey is excited to start his NFL career, via Panthers.com:

In the back of my head, a little bit but I had no idea. You know how it is. The NFL is such a game and you can never really predict anything. I just tried to trust the process and go to work every single day. Now I'm here. While this is an unbelievable moment, it's the start to something special too. It's not the end, this is just the beginning. I can't wait to get to work.

The Carolina Panthers got their player. They got the best player available. Sure, standout Alabama tight end O.J. Howard was still available and GM David Gettleman stated that he was also on their draft board, fit was ultimately the deciding factor for Carolina.

Adding McCaffrey to the run heavy offense the Panthers run under offensive coordinator Mike Shula should be great for the team. Shula and quarterback Cam Newton will have even more options to work with two starting-level running backs and two versatile receiving pieces, as Gettleman drafted not only McCaffrey, but another electric player in Ohio State’s Curtis Samuel.

Last season, the Panthers were 31st in the NFL in terms of receiving yardage from running backs. That’s about to change.