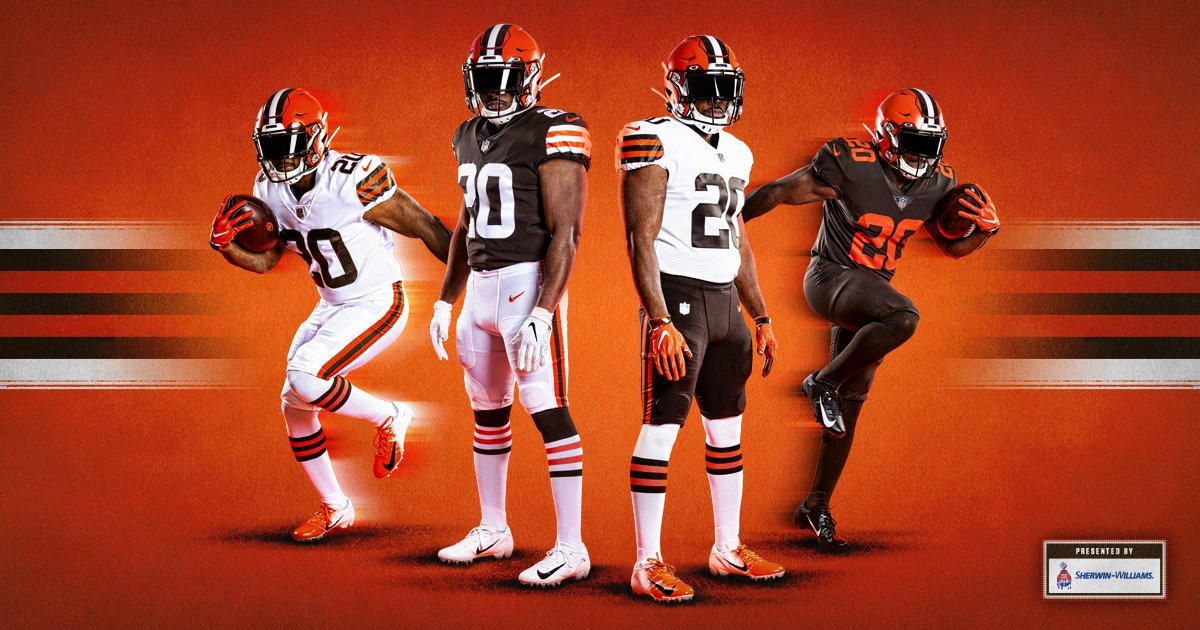 
The Cleveland Browns have officially unveiled their new uniforms, paying respect to the franchise’s past.

The Browns say they are putting a modern twist on the uniforms that helped make the franchise iconic:

The Browns on Wednesday debuted their new uniforms for 2020 and beyond, evoking the best memories of the storied franchise’s past with a modern twist. Inspired by the AAFC and NFL champion squads of the 40s, 50s and 60s, the Kardiac Kids, the team’s memorable run through the mid-80s and even some of the best memories in recent years, the Browns’ updated look pays homage to the past while incorporating all of the modern technology of the Nike Vapor Untouchable Uniform, which provides the kind of wear-ability and comfort players expect in the modern NFL.

Cleveland’s new uniforms appear to be a likely hit, as they feel like a fresh take on an established look of the past. The franchise says they want their uniforms to get back to their roots, adding that franchises like the Cowboys and Packers don’t make major changes to their uniforms for the sake of something new and futuristic.

The all-brown “Color Rush” remains similar to the popular recent uniforms, with the notable change being the elimination of orange stripes on the shoulders.

For a “significant period of time”, the Browns will donate 100% of the net proceeds from new jersey sales to the “Hats Off To Our Heroes Fund”, which focuses on aiding healthcare professionals, first responders, and others in response to the coronavirus pandemic.

The Browns are the third team this offseason to unveil new uniforms, with more to come including the Chargers and Patriots.