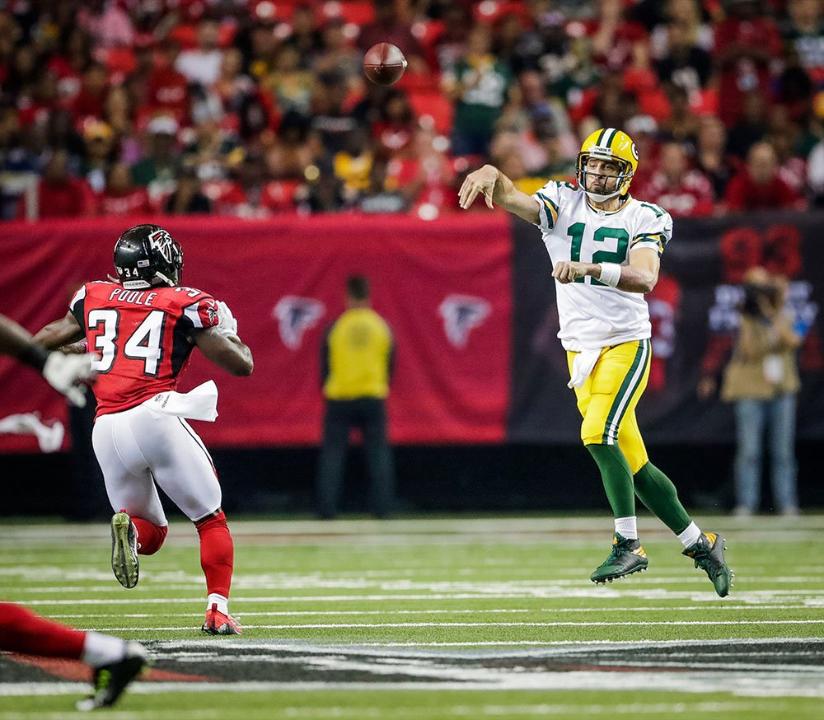 We have had some really good shootouts all season, but the NFC Championship could top them all. MVP candidates Matt Ryan and Aaron Rodgers have been sensational this postseason, leading the playoff quarterbacks in quarterback rating, yards per game, yards per attempt, and touchdowns per game. Ryan has only played one game, but he torched Seattle for 338 yards and three scores while completing over 70% of his passes with over nine yards per attempt. For Green Bay, Rodgers continues to bolster his legacy with legendary plays, including last week’s strike to Jared Cook in a win over the one-seeded Cowboys. These teams are going to just throw haymakers (touchdowns) at each other all afternoon on Sunday, so 50 points might be the magic number—literally.

Atlanta won the first meeting this season with the Packers in Week 8 by a score of 33-32 at the Georgia Dome; Ryan threw for 288 yards and three scores, while Rodgers threw for 246 yards and four scores. Neither quarterback turned it over in the game, and a turnover this Sunday could end up being the difference. Julio Jones (toe) will be less than full-strength, but Atlanta’s health in general is a lot better than Green Bay’s—who will likely be without Jordy Nelson (ribs) and could have a limited Davante Adams (ankle). As of Wednesday, Atlanta has four players on the injury, compared to 14 for the Packers, including Nelson, Adams, S Morgan Burnett, G T.J. Lang, LB Clay Matthews, LB Julius Peppers, CB Quinten Rollins, and WR Geronimo Allison. With Matty Ice facing a beat-up defense, Aaron Rodgers will probably have to play even better than he has in the second half of the season, and that might not be possible without Jordy Nelson.

Many people are saying the Steelers are the only team in the AFC that could knock off the Patriots, but I completely disagree. Not only does Tom Brady absolutely own Pittsburgh, but Kansas City has given the Patriots fits in recent years. If the Chiefs were able to beat the Steelers last week, this game would have been a little harder to pick. In four games against the Steelers in Foxborough, Brady is completing over 70% of his passes for 353 yards per game and owns a 15:0 touchdown-interception ratio. Now, he will be without all-world tight end Rob Gronkowski, but Gronk’s absence would be more impactful against a defensive juggernaut like Denver or Baltimore. If it’s a shootout, it’s almost impossible to beat New England, especially at home.

If they are going to upset the Patriots on Sunday, the Steelers need to play mistake-free football and have their stars win it for them. Antonio Brown caused a controversy after last week’s win over the Chiefs with his Facebook Live coverage of Mike Tomlin’s postgame speech, but I don’t think Pittsburgh will have to worry about a bad game like Odell Beckham Jr. had after the boat incident. Malcolm Butler should shadow Brown and have plenty of help over-the-top with no real threats outside of AB and Le’Veon Bell. Bill Belichick has always been the best at taking away the best player on the other team, and the Pats are sure to give a lot of respect to Brown and Bell. Outside of a complete breakdown of New England’s offensive line, I can’t see them losing to Pittsburgh.