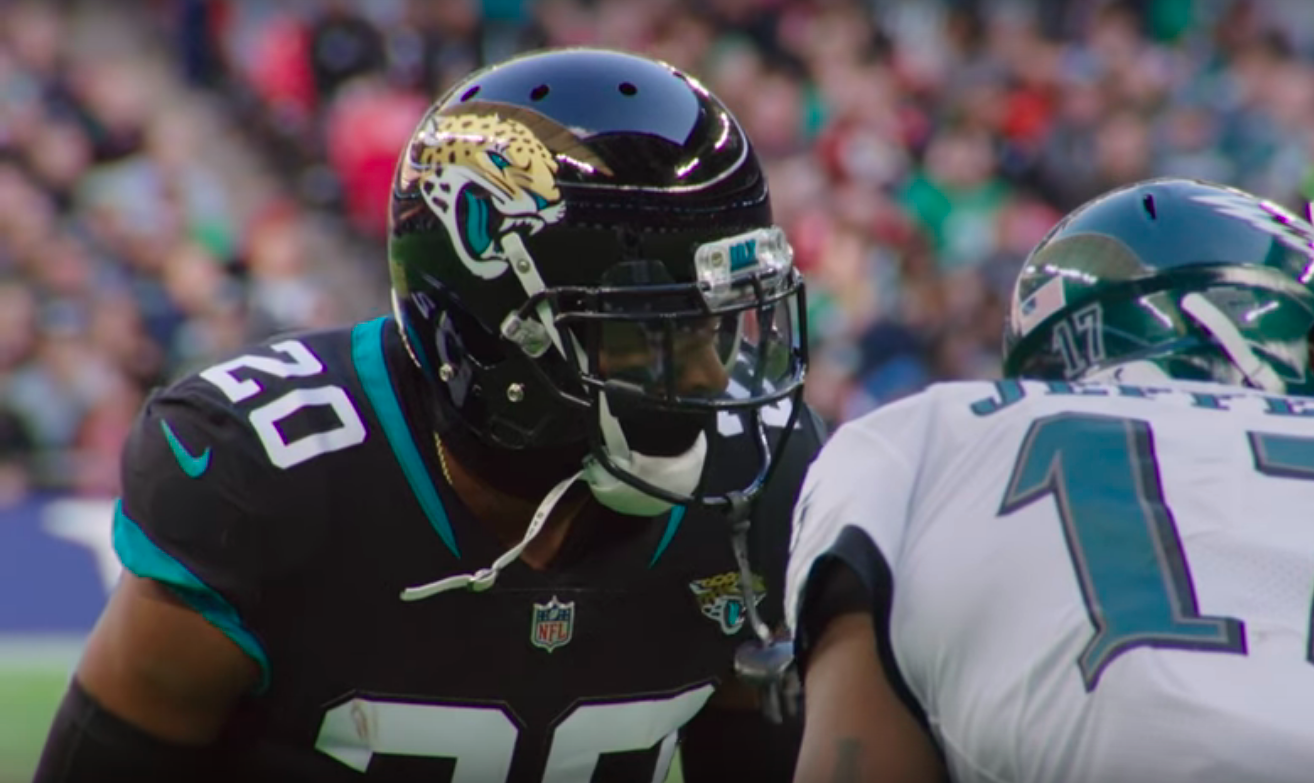 
It feels like a matter of when not if Jaguars All-Pro cornerback Jalen Ramsey is traded, as the situation with head coach Doug Marrone (and likely executive Tom Coughlin) looks untenable. The asking price is reportedly high for the flamboyant 24-year-old, but several teams are likely to remain interested in acquiring him in the coming days and weeks.

Julio Jones and Calvin Ridley can do that to a lot of people, but Philadelphia’s top cornerback Ronald Darby and the rest of the secondary struggled to contain Atlanta’s offense in a Week 2 loss. Slotting Ramsey in as the team’s No. 1 cornerback would allow Darby to slide back to a No. 2 role—with more help over the top—where he might be able to take the ball away more with team’s staying away from the other side of the field. Eagles general manager Howie Roseman has been aggressive in the past, including at the cornerback position.

The front seven of the Seahawks is playing as well as expected after the acquisition of Jadeveon Clowney before the season, but the young secondary is probably the team’s biggest weakness at the moment. If they’re able to add Ramsey, it would give them another trash-talking guy in the mold of former star Richard Sherman and a good example—in terms of play on the field—for young corners Shaquill Griffin and Tre Flowers to learn from.

While they’ll be competitive for the next decade-plus with Andy Reid and Patrick Mahomes, the Chiefs have been operating like a team ready to win it all this season—they already acquired Frank Clark from the Seahawks for premium draft picks, which shows their mindset but also makes a Ramsey trade more difficult. Especially with a monstrous extension for franchise quarterback Patrick Mahomes on the way, the cap might be the other big issue for Kansas City, but it’s something that teams can typically manipulate to make things work when acquiring talent. They know Ramsey will help them match up with better the league’s other top offenses.

The Packers are a bit of a darkhorse, and they might not even be thinking of adding a personality like Ramsey to a promising young defense, as it could mess with the unit’s chemistry. However, Green Bay has sniffed around big-name deals in the past (Khalil Mack), and this 2-0 start could give general manager Brian Gutekunst some extra boldness to take a chance on Ramsey. Jaire Alexander and Ramsey would be as good as any cornerback duo in football.

Finally, the Patriots already arguably have the league’s best defense, and the versatile secondary already plays at a high level and might not need much help to get back to another Super Bowl. However, Bill Belichick knows that Kansas City’s electric offense looms for a potential matchup this January, and getting Ramsey would help New England contain all the speed the Chiefs possess. Adding a player of Ramsey’s caliber opposite arguably the league’s best corner in Stephon Gilmore would help Belichick move the chess pieces around on defense.