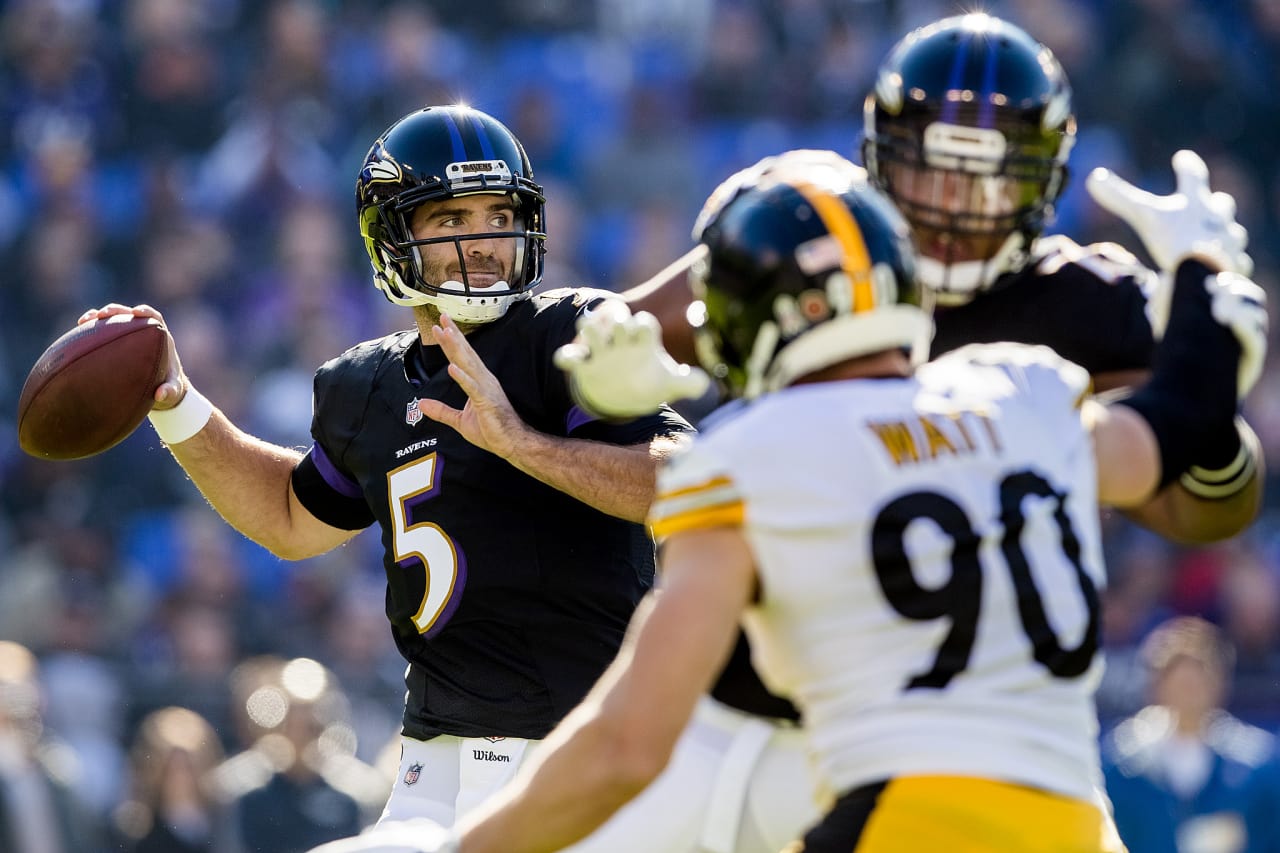 Elite Or Not, Joe Flacco Deserves A Lot More Respect


Yesterday, an agreement was struck between the Ravens and Broncos to send former Super Bowl MVP Joe Flacco to Denver for a mid-round draft pick. The trade hasn’t even become official yet—it cannot become official until the start of the new league year on March 13—but that didn’t stop people from instantly showing their negativity on, you guessed it, social media.

Since Flacco’s Super Bowl win in 2013, there’s been a half-joking debate about whether he’s an “elite” quarterback. President Obama said Flacco was elite after the title win, and future President Donald Trump even answered that Flacco is “actually a very elite quarterback” during a Twitter Q&A back in 2015.

It’s pretty funny that two presidents have weighed in on the discussion, and it should be a light-hearted thing. However, there are people out there that can’t help themselves but to be negative. Because some people have entertained the idea that Flacco might be an elite quarterback, or at least a very good one, there are killjoys that simply must take the total opposite position and assert that Flacco is a terrible quarterback.

After the trade, there was a lot of noise from Negative Nancys, with some going for a two-for-one to get shots in at quarterback Case Keenum in addition to Flacco:

Joe Flacco to the Broncos.

The NFL is playing on Xbox One and John Elway went out and got a Nintendo.

Fantasy impact of Joe Flacco to Denver is…. um… gimme a second…..hold on…. carry the three… let me just adjust this…..almost there…..and…. yeah. As you were.

The tweets aren’t all that bad, but the assertion is that Flacco is a bad or irrelevant player that won’t make the Broncos any better than an also-bad Case Keenum. Of course, it’s said from behind a screen and would not be said to Flacco’s (or Keenum’s) face, which is often the case with criticism on social media today: people feel they can say whatever they want as if the target isn’t a real person. It’s one thing when it’s coming from common fans, but people with big platforms should be a little more considerate.

Then contrast the “takes” of the know-it-alls with the thoughts from those that actually know what they’re talking about:

Just want to give a S/O to Joe Flacco, true pro. Couldn’t ask for a better guy in the locker room. How he carried/conducted himself even when things weren’t always in favor – It takes a true pro to do that and I’ll always respect him. Congrats broncos got a good one. Best of luck

I’ll take the words of Tom Brady, Wade Phillips, and Flacco’s actual teammates like Tony Jefferson before people on Twitter with nothing better to do but spread negativity. Brady, who knows a little bit about quarterbacking, calling Flacco a “great player” makes it look like the Flacco critics have no idea what they’re talking about.

The fact of the matter is Flacco is an excellent quarterback. With a 10-5 postseason record and a championship, he plays his best when it matters most. It’s amazing that Flacco is the only AFC quarterback not named “Brady” or “Manning” that made the Super Bowl since 2010. Like another clutch quarterback that’ll be available this offseason (Nick Foles), Flacco plays from the pocket and gives his guys opportunities to make plays for him—it paid off with a lot of success and a Super Bowl title.

And Jefferson is right, Flacco handled the situation of getting benched as a former Super Bowl MVP with absolute class and grace—he really could not have been a better person or teammate during the end of his time in Baltimore.

So, if you’re into rooting for good people, you should be pulling for Flacco to have more success on his next stop. The critics would no doubt chalk up any success to pure luck or being carried by a defense, but that’s all right—they apparently can’t help themselves but to stay in their negative thought bubbles from behind a keyboard.