Home / frontnfl / Five Candidates For The Next Rams Head Coach 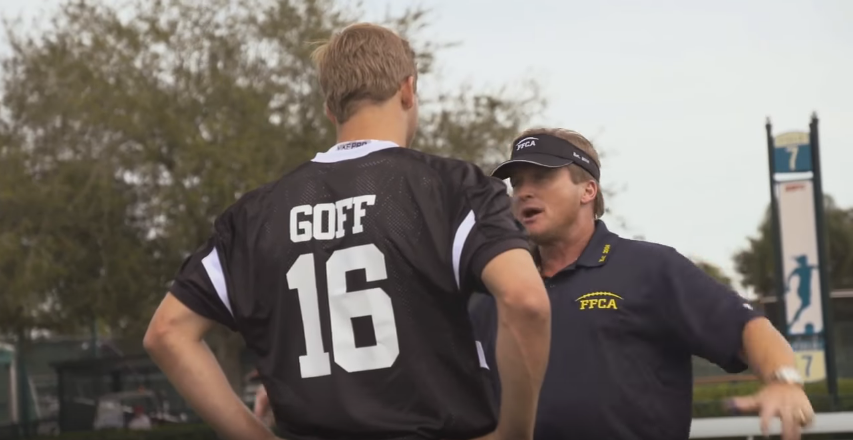 Five Candidates For The Next Rams Head Coach


The Los Angeles Rams fired Jeff Fisher earlier today, so let's take a look at the top candidates to replace him as head coach.

The former Super Bowl winning head coach and current ESPN color commentator on Monday Night Football seems to always be at the top of the list when it comes to NFL job openings. Perhaps this is just wishful thinking for the Rams' fan base, but LA does look like an attractive job with building blocks at quarterback (Jared Goff) and running back (Todd Gurley). Gruden has a very comfortable job over at ESPN—plus he's great at it—but if he thinks highly of Goff, he could make the move back to coaching. The Rams should give Gruden complete control over the team if that's what it takes.

If the Rams organization wants to make things easy on their franchise quarterback, Kyle Shanahan is a great candidate for them. The Falcons offensive coordinator and son of Super Bowl winning coach Mike Shanahan has been great for Atlanta, as he's helped turn Matt Ryan into a legitimate MVP candidate. Shanahan deserves a chance to become the lead man for an organization, and LA could be his next destination.

Austin was a hot coaching candidate last offeseason but ended up not getting a job and staying as the Lions defensive coordinator. With Detroit's defense coming on in recent weeks despite injuries, Austin should remain at the top of some lists this offseason. If he gets a chance at an interview, Austin should be prepared to make a good impression; he had more interviews (four) than any other head coaching candidate last season.

McDaniels would likely be higher on the list if it was a different job, but if he doesn't have an opportunity that he loves, there is no reason for McDaniels to leave his job as offensive coordinator of the Patriots with Tom Brady still playing at a Hall of Fame level. McDaniels would have to decide if he thinks Jared Goff could become an elite quarterback before he considers leaving New England.

Would Harbaugh leave his alma mater on the brink of a college football playoffs berth? The Michigan head coach quickly turned Big Blue into a powerhouse in the Big Ten, but we're not sure he would leave without winning a championship first. The thing that could bring Harbaugh back to the NFL could be a chance to play his former team, the San Francisco 49ers, twice a year. Again, we really doubt he leaves the college ranks before winning a championship; as former Michigan head coach Bo Schembechler said, "Those who stay will be champions."