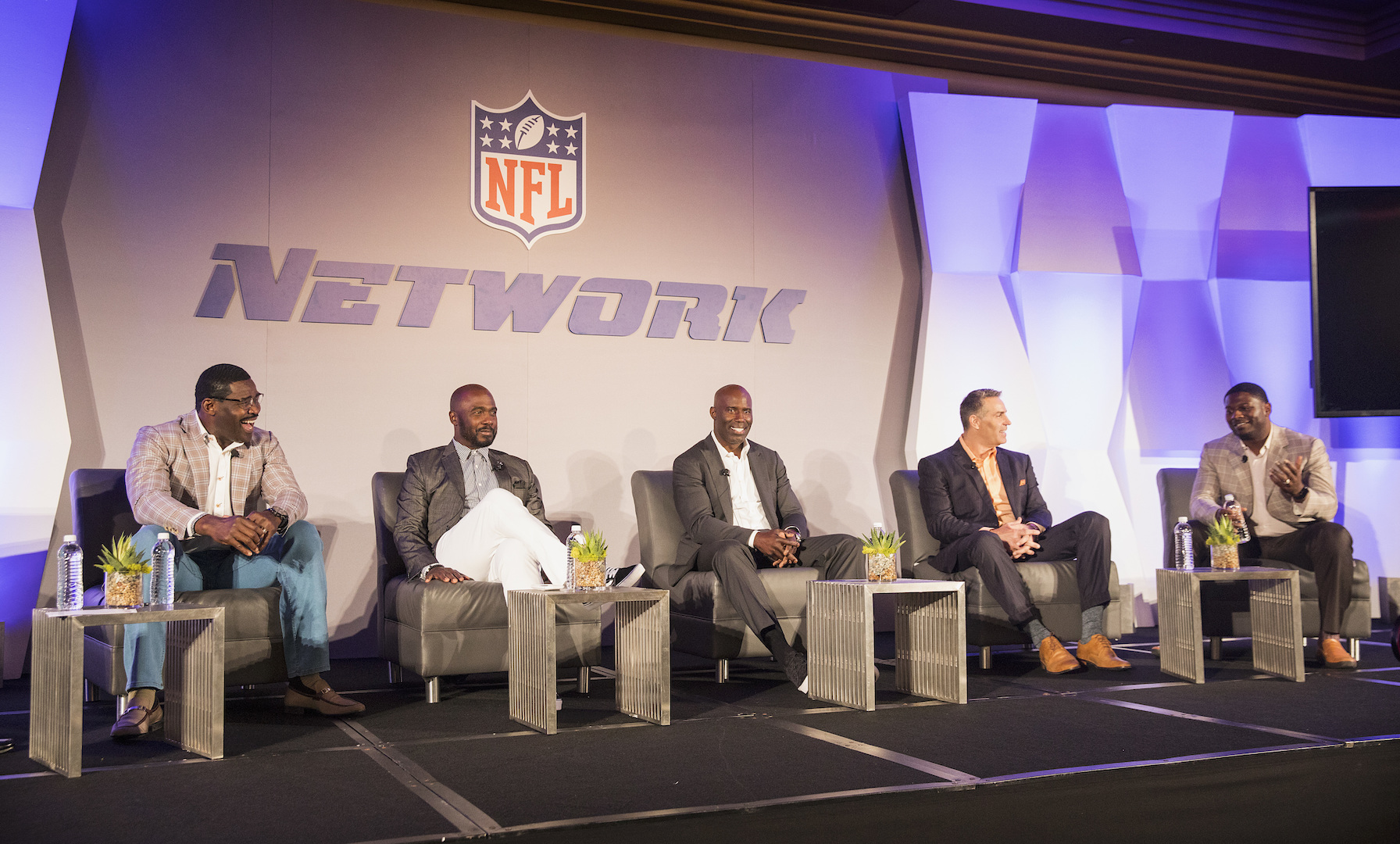 
Hall of Fame running back Marshall Faulk was suspended from NFL Network last year for alleged sexual harassment, and recently, it has been revealed that he will not return, which leaves an opening on NFL GameDay Morning every Sunday. So, who should replace Faulk—if anyone—on the show with Rich Eisen, Steve Mariucci, Kurt Warner, and Michael Irvin? Here are the top candidates.

If NFL Network wants to go for the biggest name and the “star power,” than Deion Sanders might be their guy. “Primetime” would probably deliver some controversial takes and won’t be afraid to speak his mind, but at least he’s coming from the place of someone that obviously knows the game. Sanders’ brash cornerback mindset would be interesting next to Michael Irvin.

As far as speaking minds go, Steve Smith has shown he doesn’t have much of a filter on television. He already had some friendly beef with Michael Irvin, and it’d be funny to have the two great wide receivers next to each other on the set.

This might be tough because Daniel Jeremiah spends a lot of time on scouting prospects for NFL.com, but it might be an interesting perspective on NFL GameDay Morning. Jermiah has experience in an NFL front office, and he has experience in a similar situation during the NFL Draft, where he needs to share the stage with a few other analysts.

In a set filled with offensive players and an offensive coach, it’d be good to have a tough-nosed potential Hall of Fame defender. Willie McGinest is well spoken and obviously very smart. He would give another angle for fans to get a look at as one of the best defensive players that has played for Bill Belichick.

Maybe NFL Network will sub out one Hall of Fame running back for another. Terrell Davis has years of experience on television, and like Kurt Warner, he has a great story as a former sixth-round pick that worked his way into an NFL MVP and a Super Bowl MVP. Also, there are many awesome running backs in the league right now, and it’d be interesting to hear TD talk about them every Sunday morning on the network’s biggest show.