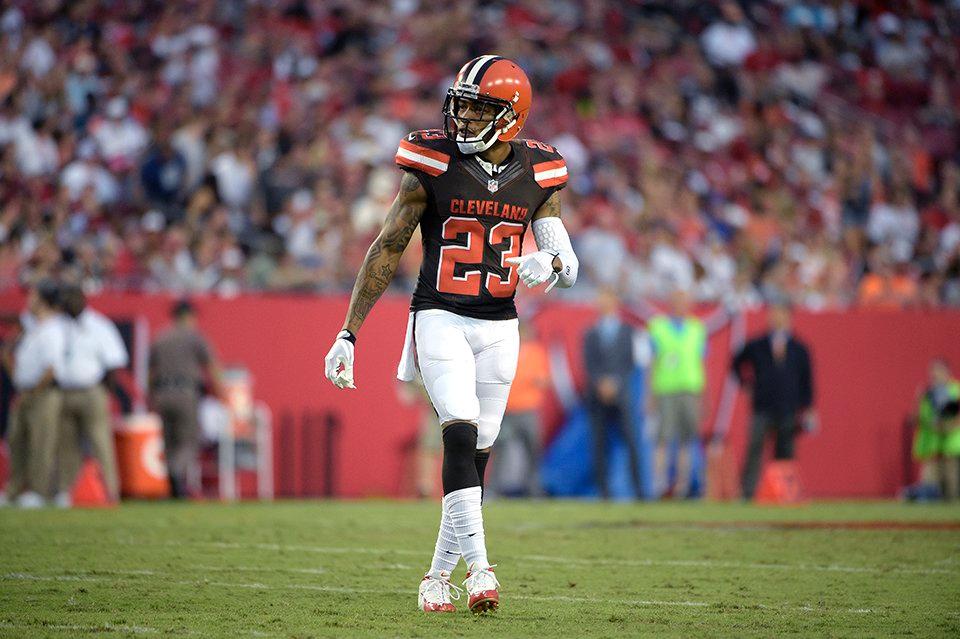 
Unfortunately, many players will get cut over the next few days as NFL rosters reduce from 90 to 53 on Saturday’s deadline. One player was already released, as the Browns parted ways with two-time Pro Bowl cornerback Joe Haden. The 28-year-old is free to sign with any team after 4:00 PM ET today, and his agent Drew Rosenhaus says Haden will have a deal “by tomorrow afternoon.” So what teams might be interested in adding Haden to their secondary?

Let’s start with the two teams ESPN’s Adam Schefter reports are “expected” to be interested in Haden. The Chiefs already have one of the best defenses in the league, but they could use an upgrade at corner. Last season, the cornerback spot opposite Marcus Peters was a weak spot at times (see the first Broncos game), and they could at least bring Haden in to add some competition and depth to the group.

The Saints are the other team Schefter is reporting as expected to be interested in Haden. Starter Delvin Breaux is out for several weeks with a broken fibula, and the Saints are trying to get back to the playoffs after missing out the last three seasons—the former Pro Bowler might be able to help them do that.

After the Colts lost their top corner Vontae Davis for a few games because of a groin injury, they desperately need some help at cornerback. Haden could help hold things down with Davis out, and the two of them could make a formidable duo if Haden plays up to his caliber in the Colts’ man coverage scheme.

Antonio Brown has torched Haden’s Browns over the last few seasons, but it is Antonio Brown. The Steelers have seen Haden twice a year and watched plenty of film on him, so maybe they’ll be interested. And while his release from the Browns seems to have been handled well by both sides, it wouldn’t be surprising if Haden wanted to have the opportunity to prove them wrong in the same division.

A few weeks ago, the Eagles traded for Bills cornerback Ronald Darby to help strengthen the team’s biggest weakness. However, Philadelphia still might not be confident in the corners heading into the regular season. They just released nickel corner Ron Brooks, so perhaps they’ll go for Haden and opt to move second-year corner Jalen Mills inside.