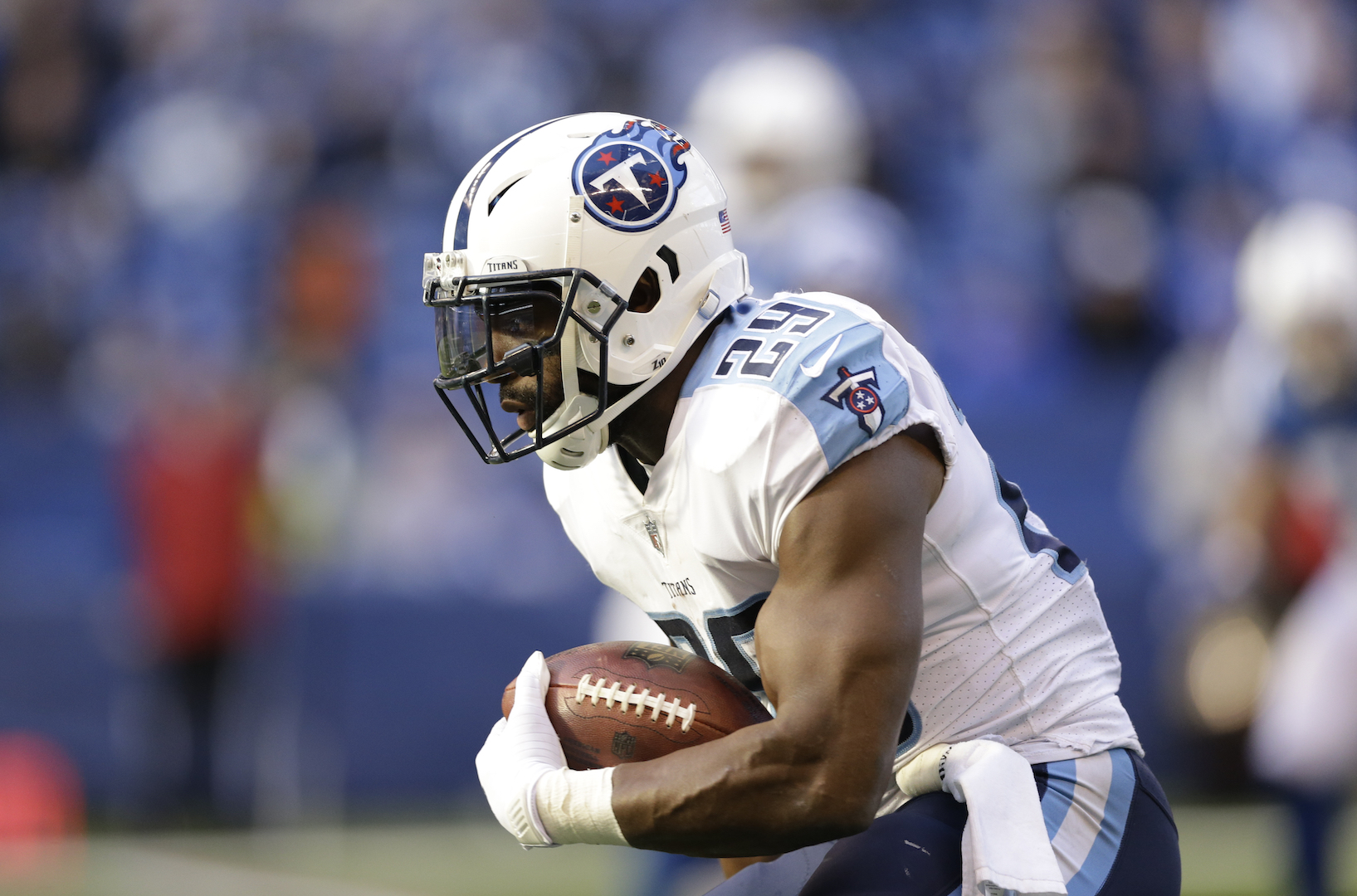 
The terrible situation involving LeSean McCoy’s ex-girlfriend Delicia Cordon could potentially leave the Bills in a predicament. McCoy might not have been involved in the armed robbery which left Cordon beaten and bloody, but the Bills certainly have to prepare for the possibility that he was involved in some way or another, and that’s what the early evidence points toward. These are the five moves Bills GM Brandon Beane could be looking into for his team.

The most obvious move is to sign former Cowboys, Eagles, and Titans running back DeMarco Murray, who is just 30 years old and is one season removed from 1,287 yards rushing. Murray has a different running style than McCoy, but his physicality fits Buffalo’s mindset as a team. Also, Murray is one of the better receivers out of the backfield in the NFL, so he’s very reliable on check-downs and quick passes to take pressure off an inexperienced quarterback group.

Adrian Peterson is a few years older than Murray, but he’s a true freak athlete that trains about as hard as anyone out there. It feels like forever ago since “All Day” was a workhorse back for an entire season, which last happened in 2015 when he led the league in rushing and was named First Team All-Pro. After things didn’t work out in New Orleans to start last season, Peterson showed he has some juice left before he suffered a season-ending neck injury with the Cardinals; and he’s shown throughout his career that he’s not someone to bet against. Not only would Peterson be a good fit for the Bills, but they might be the perfect fit for him if he’s handed the ball 20 times per game on a team that wants to lean on their defense.

The Falcons have already said they are not going to trade Tevin Coleman, but nearly every player in the NFL can be traded for the right price—and Coleman is entering the final year of his contract. Coleman could instantly be inserted into the lineup as an extremely explosive all-around back, and Chris Ivory mixing in for several touches per game behind him could be a great one-two punch.

With Dalvin Cook coming off a torn ACL, the Vikings probably want to keep Latavius Murray in the backfield (also because he was great for them in 2017). However, as is likely the case with Coleman, he can probably be acquired for the right price. Murray has shown he can be a 250-300-carry guy, and he can get the ball in the end zone as well as any back in football. A backfield combo of Murray and Ivory would wear down opposing defenses.

If Coleman and Murray are too pricey to make a deal, T.J. Yeldon might be the player to target in a trade. The former second-round pick from Alabama has played three NFL seasons, but he’s still only 24 years old. Yeldon averaged 5.2 yards per carry on 49 attempts last season, and I’m curious to see how he’d do with a heavy workload on what should be a good team. At the very least, Yeldon could mix in for around a dozen touches per week, and his ability as a receiver would complement Chris Ivory as an early-down pounder.