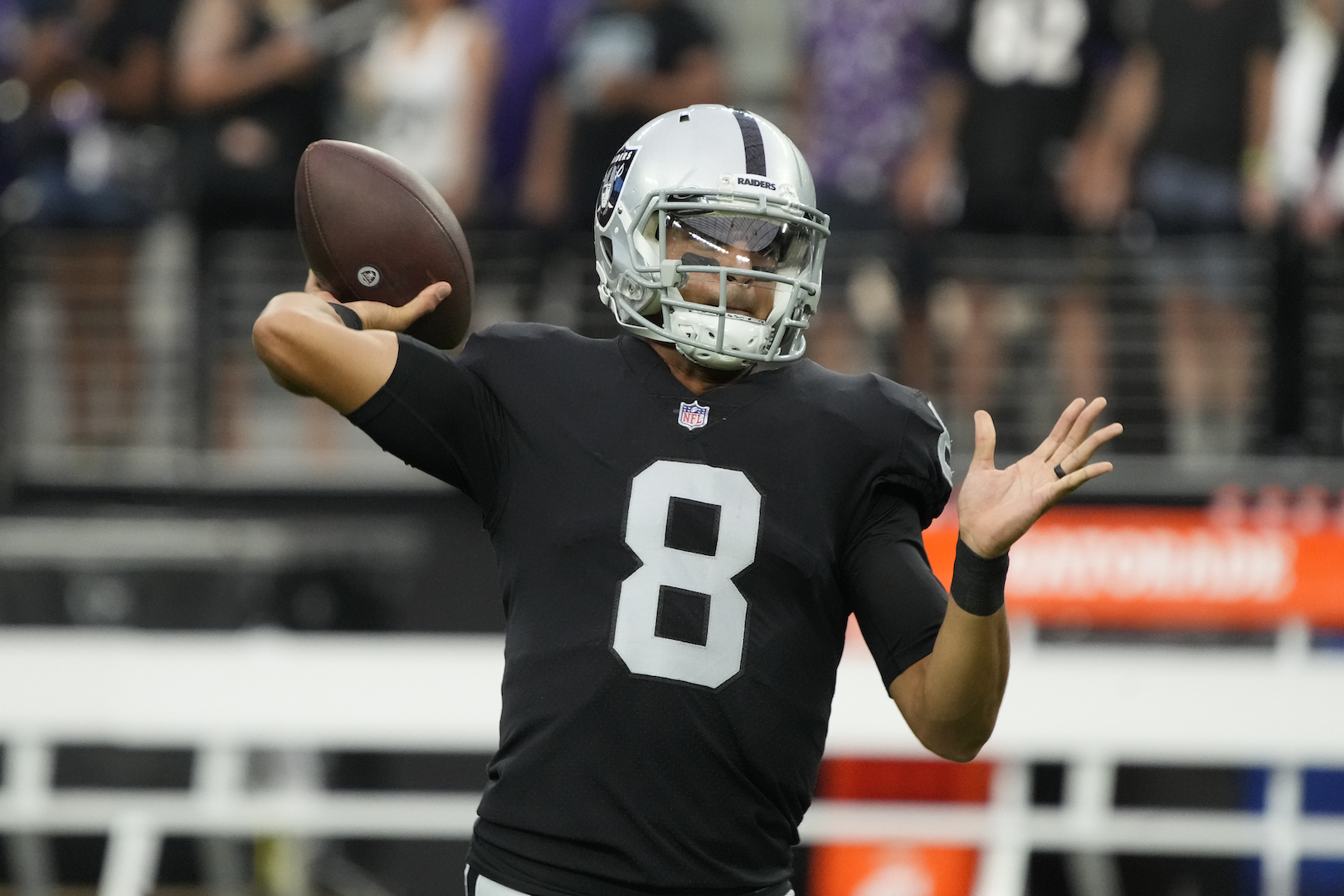 Five Predictions For The 2022 NFL Offseason


The NFL offseason is always entertaining and unpredictable, and the 2022 offseason should be no different. There are a ton of storylines to watch, including the quarterback musical chairs that should go on with Jimmy Garoppolo and others. But these are the five moves I’m predicting will happen this offseason. To note, I did not include the Colts parting ways with Carson Wentz, as is fully expected to happen. The next quarterback for Indy is another story and is not something I feel confident in predicting.

The big story over the coming days and weeks will be the status of Packers quarterback Aaron Rodgers. Last night, the four-time MVP again made waves with an Instagram post expressing his gratitude for the past year, and all indications are that a decision on his future will be made soon. In the end, given how the Packers front office has taken steps to appease Rodgers and give him the respect he deserves (like bringing back Randall Cobb), I believe Rodgers will remain in Green Bay despite how shaky things looked last offseason. Coming from someone that seriously thought Rodgers might retire and host Jeopardy! last summer, it appears the relationship with the Packers is good now and that he’ll stay with the only franchise he’s played for. And superstar receiver Davante Adams will undoubtedly be back (on the franchise tag if necessary) if Rodgers is.

The Eagles trade for a quarterback

Publicly, the Eagles have committed to Jalen Hurts as the team’s quarterback moving forward. I believed it when I heard it, but I’m now starting to think that Howie Roseman wants to go in another direction at the game’s most important position. This is not something that I would do given the progress Hurts has shown before his high-ankle injury that required surgery, along with his tremendous leadership qualities. However, the former second-round selection is thought to be a pick that was directed by former head coach Doug Pederson and owner Jeffrey Lurie, not Roseman. Ultimately, Roseman might want to bring his own guy in, and Philadelphia has three first-round picks in this year’s draft to basically get whoever they want at quarterback if one becomes available. Russell Wilson (I think he’ll stay in Seattle, but the Seahawks might be interested in a massive package that includes another strong option to build around in Hurts) and Deshaun Watson are the obvious trade candidates.

Jon Gruden’s sudden firing derailed things a bit, but Marcus Mariota joined the Raiders a couple of years ago to learn under Gruden and rebuild himself in some ways before potentially getting another starting job in the NFL. Mariota is still just 28 years old, and the former second overall pick has plenty of experience and success (including a playoff win at Arrowhead) when he was in a tough situation offensively with the Titans. Whether it’s the Commanders, Panthers, Steelers, Colts, or another team looking for a new signal caller, I think Mariota will land a starting gig. Also, keep an eye on another former No. 2 pick becoming a starting quarterback someplace, as former Bears starter Mitchell Trubisky should certainly get another opportunity elsewhere after a year behind Josh Allen in Buffalo.

Teams try to trade back to the 2023 draft

Not that we really know how things will turn out, but it seems that by all accounts, the 2022 draft is not seen as that strong of a group. There’s depth (particularly at wide receiver), but there arguably are not a bunch of guys that you would classify as bonafide top-five selections in most draft classes. We could see a bunch of teams trying to trade out of 2022 draft to get future picks with an eye toward the 2023 draft—which could be headlined by Alabama quarterback Bryce Young and Crimson Tide pass rusher Will Anderson at the top.

Finally, rumors and speculation are already swirling about Tom Brady eventually returning to play in 2022 despite announcing his retirement a couple of weeks ago. As much as I would love to see the G.O.A.T. on the field again—especially because, while I did not take his play for granted, I thought he’d be playing another few years even already in his mid-40s—I don’t see it happening. Brady has been clear that his family needs him around more, which is obviously more difficult if he’s playing because of how committed he wants to be to perform at the highest level. There is almost no question Brady will miss playing when football starts back up later this year, but I think a return is unlikely.