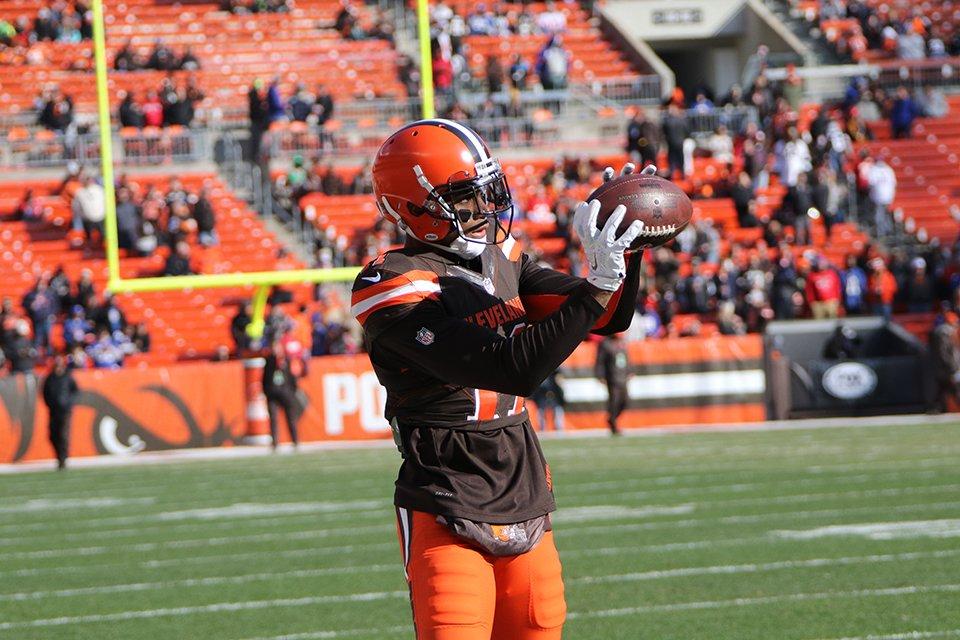 
For teams that did not make the playoffs, the evaluation of free agents on their rosters begins immediately. Here is a look at the free agent status for the 18 teams that fell short in 2016.

The Buccaneers have 17 players that entered free agency at season’s end. Veteran wide receiver Vincent Jackson has the largest contract with over $11 million in average annual salary, according to Spotrac. If re-signed, Jackson would not make close to $11 million/year. Jackson did not score a touchdown during the 2016 season and only had 173 yards in five games. There were five Tampa Bay receivers that outperformed Jackson in touchdowns and yards.

Unlike the Buccaneers, the Titans do not have huge annual salaries attached to 2017 free agents. The highest salary at a little over $3 million, belongs to starting right guard Chance Warmack. Warmack only played in two games, against the Minnesota Vikings and at the Detroit Lions. After that Warmack was placed on IR as surgery on his hand became a necessity. Tennessee should have a ton of cap space this offseason, and they may be able to sign some players to help the team get over the top.

The Redskins have 16 players on free agency and the veteran free agency group consists of eight players that are 30-years or older.

Thirty-two-year-old tight end Vernon Davis finished with two touchdowns and 583 yards. Wide receivers Pierre Garcon and DeSean Jackson, who collectively had 2,046 yards, seven touchdowns, and 146 targets, are both up for a new contract. Garcon’s 2016 salary tapped out at $8.5 million to Jackson’s $6 million.

The biggest name in Redskins free agency is quarterback Kirk Cousins who passed for 4,917 yards and 25 touchdowns. His market value entering 2017 is an average of $23.4 million up from his 2016 salary of $19.9 million. If applied, the suggested market value for five years would make Cousins the fourth-highest paid quarterback, according to Spotrac.

The Ravens don’t have as exhaustive of a free agency list as most of the teams. Wide receiver Kamar Aiken carries the largest hit with a 2016 salary of $2.5 million. Aiken is the fifth highest paid receiver which is consistent with his statistics. Aikan’s 328 yards ranked fifth and yards per reception ranked fourth on the Ravens in 2016. If the Ravens agree to a new contract with Aikan ,it would be an indicator that they believe he has the potential to bounce back to 2015 numbers: 944 receiving yards, five touchdowns, and 75 receptions.

With outside linebacker Robert Matthis’ retirement at the end of the season, the number of unrestricted free agents on the Colts drops from 13 to 12. Additionally, it means that the average salary lowers drastically from Mathis’ $9 million to $4.25 million allotted for fellow OLB Trent Cole. Cole trailed right behind Mathis with 16 tackles to Mathis’ 20. If re-signed, Cole would ideally fill the disruptive shoes of Mathis who had five sacks and three forced fumbles in 2016.

A standout for the Viking's 14 free agents is wide receiver Cordarrelle Patterson, who holds the NFL record for most 100-yard touchdowns. In a game against the Arizona Cardinals on November 21, he broke this record with a 104-yard kickoff return. In large part because of Patterson, the Vikings are sixth in the NFL with 902 return yards in 2016. Patterson accounts for 88 percent of kickoff return yards.

Eight-year veteran Captain Munnerlyn’s average salary of $3.75 million is expected to jump according to Spotrac, which assesses his market value as $8.5 million per three years. The nickel back proved to be disruptive with 55 tackles and one forced fumble.

The Cardinals come off a disappointing season with 17 free agents, including veteran defensive end Calais Campbell. In his ninth season, Campbell had a combined 53 tackles, two forced fumbles, and eight sacks. Campbell’s eight sacks is second most behind outside linebacker Markus Golden.

One area the Cardinals need to address in 2017 is running back. Three running backs, Chris Johnson, Stepfan Taylor, and Andre Ellington are all free agents. Stepfan Taylor who took more snaps as special teams than running back, is the most likely of the three to not be re-signed. Taylor only had four attempts for 12 yards. Ellington’s 96 yards and Johnson’s 95 yards fell significantly short of the team leader David Johnson. Johnson had 1,239 yards and 16 touchdowns.

The Bills have an overwhelming 24 players in free agency. Receiver Robert Woods is likely one of the highest priorities on the list. Woods had 51 receptions for 613 yards and one touchdown this season. The only player who overshadowed him in receptions is tight end Charles Clay, who had four touchdowns.

The Saints also have a heavy number of free agents, with 20, and they are similar to the Bills in the respect that the average salary of free agent players does not exceed $3.02 million. The oldest player on the list is 34-year-old strong safety Roman Harper who signed a one-year contract with the Saints in 2016.

The six Eagles free agents are defensive players with no more than a $2.5 million average salary. In 2016 as an attempt to upgrade the linebacker unit, the Eagles signed Stephen Tulloch from the Detroit Lions and gave resident ILB Najee Goode a one-year contract. Their combined average salary peaked at a little over $3 million. After locking up so many guys last offseason, the Eagles do not have much cap space for 2017.

Starting left guard Andrew Whitworth’s $9 million average salary in 2016 is the highest of the 15 players the Bengals have in free agency. Whitworth’s contract has steadily grown since he was signed to the Bengals in 2006. Between 2015 and 2016 alone, his base salary rose $800,000. Whitworth will be an important contract for the Bengals to take care of; he has started all 16 games in the last three seasons and has played in 168 of 176 regular season games during his 11-year career. The Bengals do have Cedric Oguehi and Jake Fisher, 2015 first and second round picks, respectively.

Another 11-year veteran and defensive tackle Domata Peko is also due for a new contract.  Peko had 37 combined tackles in the 2016 season. Like Whitworth, he has proven to be reliable and has not missed a start since 2009.

Coming off the second straight season with less than six wins, the Chargers have 13 free agents. Like the Cardinals, they have three running back contracts that must be addressed. Danny Woodhead’s $2.75 million salary in 2016 takes precedence over the other recently signed running backs, Ronnie Hillman and Dexter McCluster. Hillman and McCluster were signed as replacement to Woodhead and Branden Oliver, two running backs placed on IR early in the season.

Starting OLB Melvin Ingram is perhaps the first player the Chargers will address in free agency.  In 2016, Ingram showed once again that he is a challenge for the line and a threat to the quarterback. He had 60 combined tackles, eight sacks, and four forced fumbles. It’s Ingram’s second straight season with at least eight sacks, after he had 10.5 in 2015.

Entering the 2017 season, seven of the ten players that represent the Rams free agency are on the offensive side of the ball. The second highest paid free-agent-to-be is Kenny Britt with an average salary of $4.5 million. Britt proved to be a bright spot in an otherwise lackluster offense that only scored 99 points at home in LA (12 points per game). Britt led the Rams with 68 receptions, five touchdowns and 1,002 receiving yards. The Rams should want to bring back Britt after he was by far their most productive receiver. Brian Quick the player with the second most receiving yards, is still 438 yards and two touchdowns behind Britt.

The other big contract in free agency is that of cornerback Trumaine Johnson. Johnson had 47 combined tackles, three of which were tackles for loss. He also had one fumble recovery, one interception and 11 passes defended. Johnson is tied with standout linebacker Alec Ogletree for most passes defended on the team.

The Bears have 18 unrestricted free agents and none of them has a bigger cap hit than 26-year-old wide receiver Alshon Jeffery. Jeffery had a team high average of 15.8 yards per reception. His 821 yards were second only to Cameron Meredith. Jeffery had two touchdowns to Meredith’s four, but had zero fumbles in comparison to Meredith’s three (Jeffery also missed four games with a suspension). Expect a re-signing of Jeffery, who declared that the Bears will win the Super Bowl next season.

The Jaguars have two players of 11 free agents that had over $10 million combined average salary in 2016. In 14 games, cornerback Prince Amukamara had a combined 49 tackles and 6 passes defended. Left guard Luke Joeckel had a short season with only four game starts in 2016 before a knee surgery in Week 4 against the Colts sidelined him. It will be interesting to see is Jacksonville will re-sign their former top two pick, Joeckel.

Three of the sixteen free agents for the 49ers are quarterbacks. Blaine Gabbert, originally a starter over current starter Colin Kaepernick, only has an average salary of $2 million. The other quarterbacks, Christian Ponder and Thaddeus Lewis, trail with $800,000 and $760,000 salaries respectively.

Wide receiver Jeremy Kerley is by many accounts the contract that needs to be addressed. Kerley’s 2016 salary of $850,000 is a bargain considering he led the 49ers with 667 yards and three touchdowns. Quinton Patton is the closest receiver with only 408 yards. The 49ers need to address many positions in free agency, but have the cap space to do so.

The biggest name on the Browns free agent list is wide receiver Terrell Pryor. The quarterback-turned-receiver led the Browns with over 1,000 receiving yards on an astounding 140 targets. He averaged 13.1 yards per reception and had four touchdowns.

Of the 25 players who exceeded 1,000 receiving yards, Pryor is one of six players who makes under $1 million in annual salary. Most of these players are on their rookie contracts still, namely Tyrell Williams, Jarvis Landry, Michael Thomas, and Amari Cooper. The only other player to eclipse 1,000 on a 2016 salary under $1 million is Chiefs tight end Travis Kelce who signed a five year, $46 million-dollar extension that starts in 2017. With Pryor being well past his rookie season, he will look to cash in on a big contract in free agency.