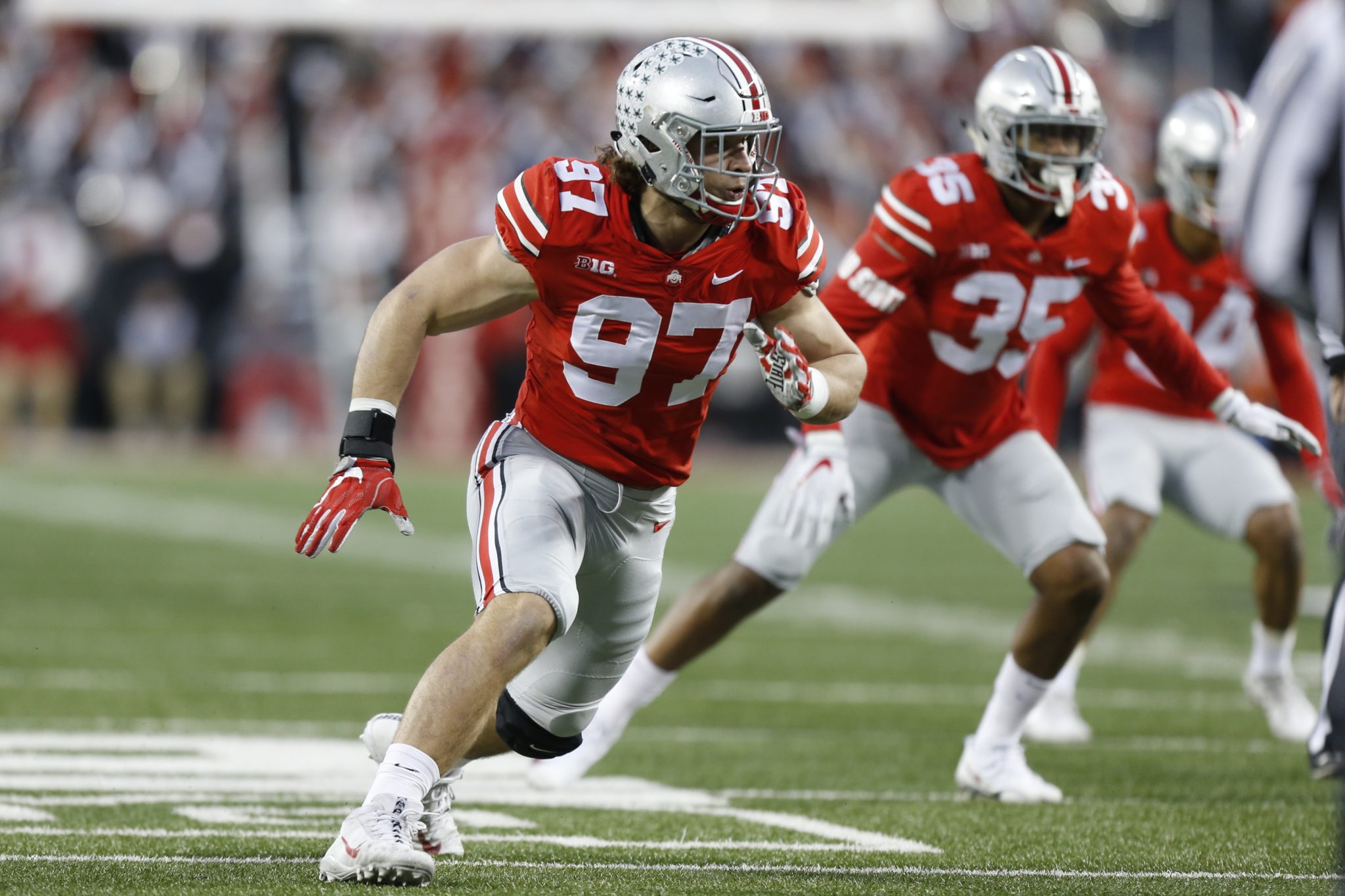 
NFL teams basically have their 90-man rosters set heading into training camp later this month, but what if every franchise could add a college football star of their choice to the roster this season? Starting with the AFC, here are 16 prospects—one per team with no repeats—that would all provide a huge boost in 2018.

A.J. Brown might be the best overall athlete in the 2019 NFL Draft, as in addition to being an elite receiver, he is also an outfielder in the San Diego Padres organization. However, his future appears to be in football, and he could be an early first-round pick with another strong season for Ole Miss. I think Brown would be a perfect fit for Josh Allen as a potential top-end receiving option at the next level.

The Dolphins have a chance to surprise people this season with an underrated roster, but they still look weak up the middle, particularly on the defensive line. Ed Oliver is considered a consensus top-five draft prospect in next year’s class, and he could bolster the run defense and pass rush between Cameron Wake, Robert Quinn, Charles Harris, and others rotating on the edge.

I had to do a different prospect for each team because, let’s face it, basically everyone would get Nick Bosa if they could. The younger brother former No. 3 overall pick Joey Bosa is similar game-wrecking talent that Bill Belichick would love to add to his defense if he could right now. Unfortunately, an unrealistic article like this is the closest New England can get to Bosa, who will be long gone when they are on the clock next spring.

This is all about the 2018 season, and I’m not sure there’s anyone that would make a bigger impact than Bryce Love on Todd Bowles’ squad. Love—currently my No. 14 overall prospect—might not be in the same premium group as Saquon Barkley, Todd Gurley, and Ezekiel Elliott in recent years, but he feels like a fit for a team that will look for a runner to separate himself this summer.

Could you imagine a defensive line with six-foot-four, 340-pound Dexter Lawrence and six-foot-one, 335-pound Brandon Williams together? Despite their respective sizes, both guys have tremendous feet and great versatility, which would make Baltimore’s defense even scarier than it already is.

While all 32 NFL teams seem to be comfortable with their quarterback situations heading into the 2018 season, I would love to see what Shea Patterson would do in Bill Lazor’s offense. Michigan’s new quarterback is a bit of a mystery with just ten games played over the past two seasons at Ole Miss, but I’ve compared him to a mix of Johnny Manziel and Patrick Mahomes.

The Browns somewhat surprisingly took Ohio State cornerback Denzel Ward with the No. 4 pick in the 2018 NFL Draft, but it was definitely a position of need for Cleveland, and their emerging defense could really take the next step if they added another first-round prospect to the secondary. Deandre Baker has the same ability as Ward to mirror receivers in man coverage.

The biggest beneficiary of this theoretical exercise would probably be Pittsburgh, as they didn’t address inside linebacker in the draft, but they still need a replacement for Ryan Shazier. I would have had Josh Allen right behind Roquan Smith as a prospect if he came out this year, and he has the makings of a top-five pick in 2019.

The Texans have stars all over the field on both sides of the ball, but they will struggle to make a run if they are unable to keep Deshaun Watson upright and healthy. Jonah Williams is arguably the best left tackle in college football and has been battle-tested in the SEC.

Basically any position other than quarterback is a need for the Colts (I’m assuming Andrew Luck will be healthy), but perhaps none more so than cornerback. Andraez “Greedy” Williams adds another piece in the secondary, along with Malik Hooker, that can take the ball away with the best of them.

People still have concerns about Blake Bortles, but I’m not sure there is an obvious potential upgrade until 2020 draft prospect Jake Fromm. Instead, the roster that doesn’t have many holes could get an elite tight end prospect in Noah Fant to add a new dimension to the passing attack.

I think he will be better heading into his second season, but I’m not sure Corey Davis will develop into the top-flight receiving option that Tennessee obviously expected when they made him the fifth-overall pick in the 2018 NFL Draft. Small-school prospect Anthony Johnson—a possession receiver that reminds me of Michael Thomas—could be the true No. 1 that Marcus Mariota needs.

Dexter Lawrence v. Ed Oliver v. Rashan Gary will be a fun conversation over the next several months, but the Broncos would take any of them between Von Miller and 2018 first-round pick Bradley Chubb on the defensive line. Adding Gary and Chubb on the same front at the same time wouldn’t even be fair.

The Chiefs made what I believe to be an odd decision when they drafted Breeland Speaks—a six-foot-three, 283-pound defensive lineman—in the second round to play outside linebacker, but it’s unfair to criticize them before the guy even steps on an NFL field. Still, Clelin Ferrell would provide some more reinforcements on the edge as a traditional pass rusher to pair with Justin Houston and Dee Ford.

Three prospects on Clemson’s front making this article should say all you need to know about their defense this fall. Christian Wilkins likely would have been a Day 1 pick if he didn’t return for his senior season, and he would be a home-run addition to an emerging unit in Los Angeles.

Linebacker is an obvious need for Oakland, but I think Jon Gruden might want to get a potential feature back to provide juice that Marshawn Lynch and Doug Martin simply don’t have at this point of their respective careers. Damien Harris—an accomplished Alabama runner that has a well-rounded game similar to former Heisman winner Mark Ingram—could probably be a solid starter for an NFL team in 2018.