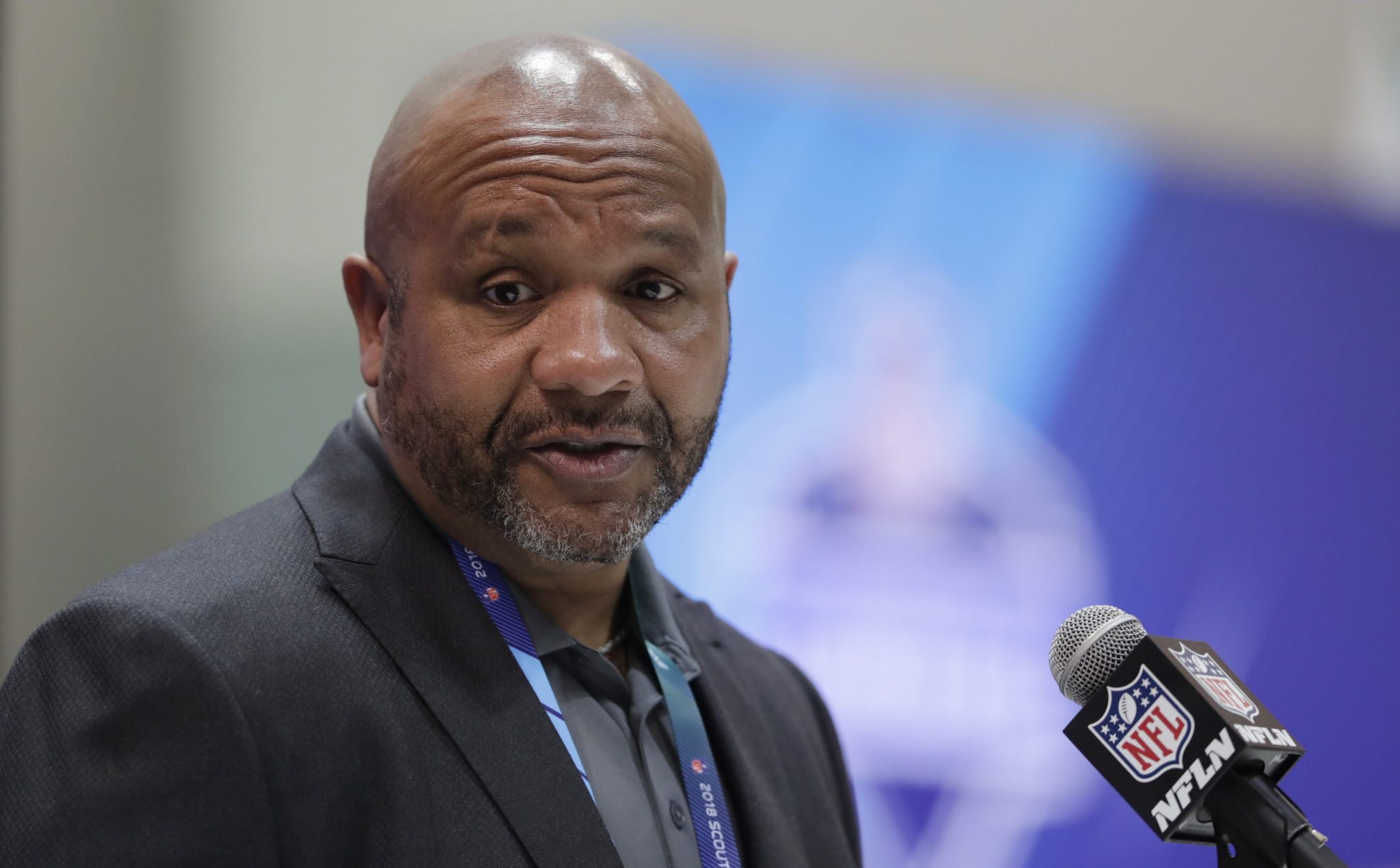 
We are less than 36 hours until the Cleveland Browns are on the clock with the first pick in the 2018 NFL Draft, but no one outside of the Browns front office knows for sure what they are going to do with the pick. Reading the tea leaves, it appears to be between only three quarterbacks: Sam Darnold, Josh Allen, and Baker Mayfield. And while no one knows for sure which quarterback it will be yet, that could change when we get to less than 24 hours from draft time.

In a clear attempt at secrecy, Browns GM John Dorsey reportedly won’t tell head coach Hue Jackson his decision for the first overall pick until tonight. Earlier this offseason, Jackson seemed to think everyone would come to a “consensus” on who to take and that he would be told which quarterback it is when Dorsey makes a decision. But it’s hard to think Dorsey and the front office haven’t come to a decision by now, and apparently Jackson still doesn’t know on the eve of the draft.

If it is indeed true that Jackson will be told the Browns’ selection tonight, it’ll be a huge test for the embattled coach. Clearly, the majority of Cleveland fans are not on Jackson’s side after he went 1-31 over the last two seasons. Fans simply believe he should not have been given a third year coaching the team after seasons of 1-15 and 0-16—and it’s difficult to blame them.

Why will being told the draft choice be a huge test for Jackson?

Well he has been speculated (likely accurately) as a big leaker of information—particularly to NFL Network’s Mike Silver. If Silver or someone else puts word out that Sam Darnold/Josh Allen/Baker Mayfield is going to be Cleveland’s selection tomorrow night, it would not be a good look for Jackson.

Cleveland has kept their selection quiet for all this time. It’s fair to say that if Dorsey really didn’t tell Jackson their pick yet—which certainly seems like the case given everything Jackson has said and everything that’s been reported—then he doesn’t trust him. If the pick leaks tonight, especially if it’s to Mike Silver, then it’s unlikely Dorsey will ever trust Jackson, whether he is the true leaker or not.

Some might argue the front-office situation wasn’t ideal, but most people see the Browns roster over the last couple of years and see a lot of talent and potential—including Lions All-Pro safety Glover Quin. Yet Jackson has not been able to win games. And now new Browns offensive coordinator Todd Haley is calling the plays on offense, making many call Jackson a lame duck or just a head coach in name.

I know if I was John Dorsey and told Jackson the pick tonight, only to have it leak after being a secret all this time, I would honestly probably want to fire him immediately if I knew for sure he was the leaker. If you can’t trust someone to keep something quiet for you, then I don’t think you should want them coaching the team you are putting together.

Keeping a secret for 24 hours should be the easiest thing in the world. But it’s a big test for Hue Jackson, and it could already determine whether a potential lame duck coach is really a lame duck.