Home / frontnfl / Is Adam Schefter a Host from Westworld? 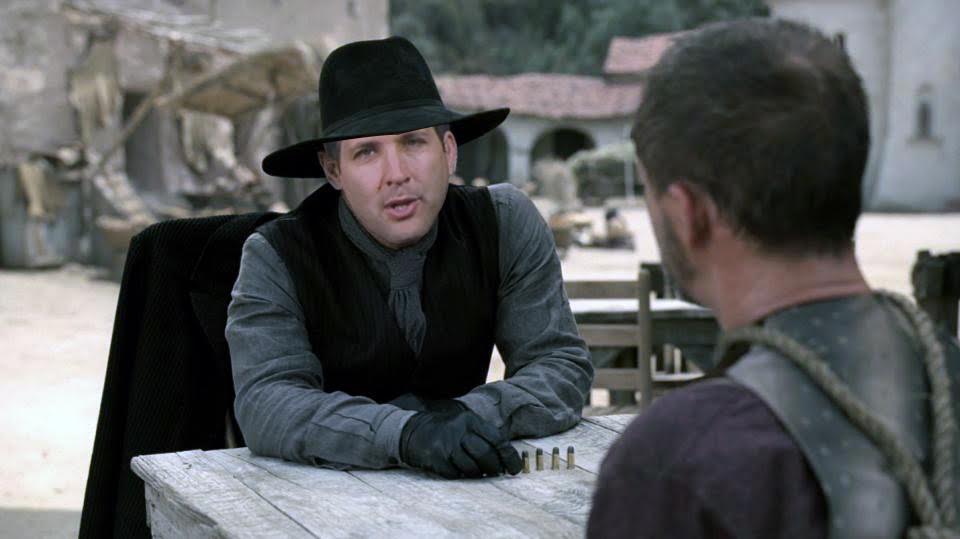 Is Adam Schefter a Host from Westworld?


ESPN’s Adam Schefter is the football world’s #1 insider, breaking countless stories, trades, signings, releases, and more. Schefter is a mainstay on ESPN’s NFL Insiders show, and also appears on Sunday NFL Countdown, Monday Night Countdown, NFL Live, Sportscenter, Mike and Mike; the list goes on and on. Starting last night, the 50-year old has gotten into sideline reporting for the NBA on ESPN. So, the question needs to be asked: is Adam Schefter a real person or is he a Host from HBO’s Westworld?

For those who are not familiar with Westworld, it is a show about a Western-themed park set in the future with artificial intelligence that allows visitors to play cowboy or whatever they want to do with no consequences. The artificial intelligence is called Hosts, and there is almost no distinguishing between them and real people, especially for first-time visitors. Viewers aren’t even sure who is “real” and who isn’t at the start of the show. The Hosts themselves think they are real people, too.

Of course, Schefter has connections all over the place in the NFL, but there’s another connection that raises suspicions… his phone.

It’s a common occurrence to see Schefter on his phone at the same time he is on air for ESPN. That’s not a big deal. The guy is just doing his job. Where the suspicion arises is when he’s able to send out tweets while talking on camera with his hands away from his phone. It has happened at least twice—Schefter tweeting and talking at the same time—including on NFL Insiders this postseason. It could have been a TV delay or the tweet just took a while to send out, but can we really be sure? Is his connection to his phone and Twitter account supernatural?

Still not sold? Hosts in Westworld do not age, so someone visiting the park years apart would see a robot that looks exactly the same as on their first visit. Having just turned 50 in December, does Adam Schefter look it? Honestly, the guy could pass for 30, and it doesn’t seem like he’s aged much, if at all, since joining ESPN.

Some people probably remember Schefter doing work on the jugs machine a few years ago:

Despite looking a little shaky before he started, Schefter easily caught both passes—and they were hands catches, not body catches. Was the introduction (including the goggles) real uncertainty, or was it just a ruse to keep people off the truth?

And there’s more. Just this summer, Adam Schefter pulled an all-nighter for an ESPN Fantasy Football marathon, and he looked great and said he felt good after more than a day without sleep. The only time Westworld Hosts sleep is when the park closes for the day, but ESPN remained open with the marathon going all night.

Just this week, Schefter somehow found his way onto a local South Jersey radio station to talk about fantasy basketball, the Sixers, and his NBA reporting debut the next night. It’s at least the second time he’s been on a local radio station; does he do that all around the country? The type of brain power that Schefter possesses when it comes to football, fantasy football, basketball, and fantasy basketball is unheard of.