Home / frontnfl / It’s Not Up For Debate: Ezekiel Elliott Did Quit On A Play Last Sunday 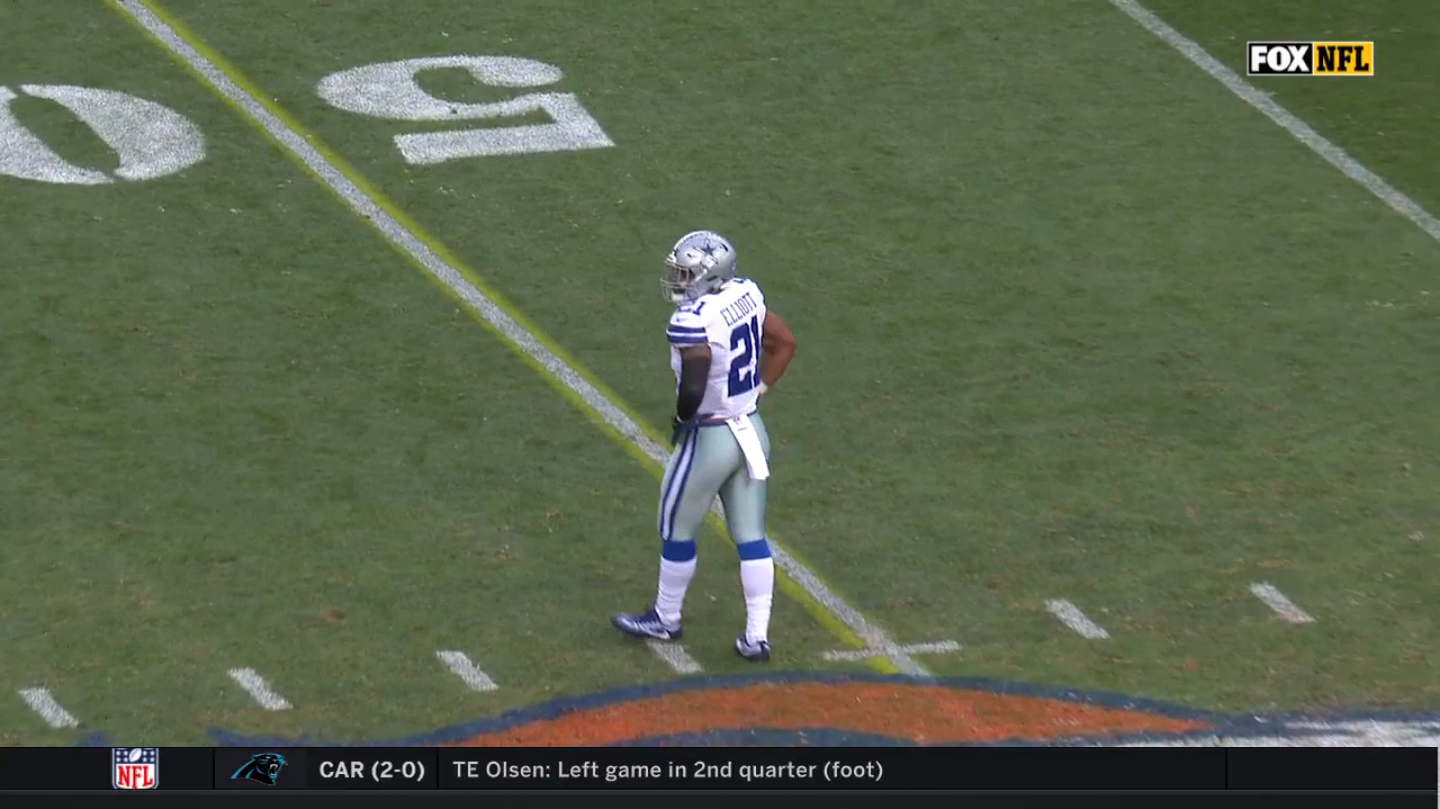 It’s Not Up For Debate: Ezekiel Elliott Did Quit On A Play Last Sunday


Cowboys running back Ezekiel Elliott quit on a play in last Sunday’s loss to the Broncos—there’s no two ways about it. The second-year back watched a pass get intercepted proceeded to stand there, watch the play, and put his hands on his hips. Hall of Fame and former Cowboys receiver took issue with his NFL Network colleague LaDanian Tomlinson saying Elliott “quit” on the play, but LT is right—Elliott quit on that play.

I am not the biggest LaDanian Tomlinson fan in the world. He has shown some slight envy of other great running backs in the past, and I was not the biggest fan of his Hall of Fame speech. But to disagree with Tomlinson’s assessment of Elliott is to be blind—which is exactly what Michael Irvin apparently is about this.

Irvin, who I normally like and is a smart and entertaining analyst for NFL Network, was extremely biased and, frankly, rude to his colleague Tomlinson. The all-time great Dallas Cowboy let his major bias show, while making himself look bad in the process. Irvin’s major issue with LT’s assessment is the use of the word “quit.” On that particular play, that’s exactly what Elliott did. What else is it supposed to be called?

Elliott himself said today that he can’t put that kind of stuff on film in a lukewarm apology for his lack of effort. Why Irvin insists on treating Elliott with kid gloves is a bit of a head-scratcher. The fact that he takes such an issue with Tomlinson simply speaking the facts about one particular play did not make for good television, as it just looked bad.

Whether or not you believe Elliott’s side of the story about not committing domestic violence against his former girlfriend, there are other concerning things—the St. Patrick’s Day incident, the alleged bar fight, the admission under oath of doing drugs while at Ohio State—to make you take pause when assessing the entire situation. Elliott obviously needs to mature, so babying him like this and claiming he didn’t quit on his team when he clearly did (on one play) isn’t going to help anyone.

The media taking and running with the word “quit,” which Irvin called the “dirtiest” and worst word that can be used to describe a football player while implying Tomlinson took a low blow with his fair critique of Elliott, seems to be Irvin’s main reason for taking issue with LT. I certainly understand unfair media criticism is annoying, but again, it feels like Elliott is being babied by Irvin (and Jerry Jones, who defended Elliott by saying other players also didn’t hustle on the interception).

Michael Irvin was one of the best competitors during his time in the NFL. Would he have been harder (fairer) on someone that doesn’t happen to be the best player on his former team? I’m not going to predict what’s in his heart—it wouldn’t be fair and only he knows.

But it’s not a debate: Ezekiel Elliott quit on that play.