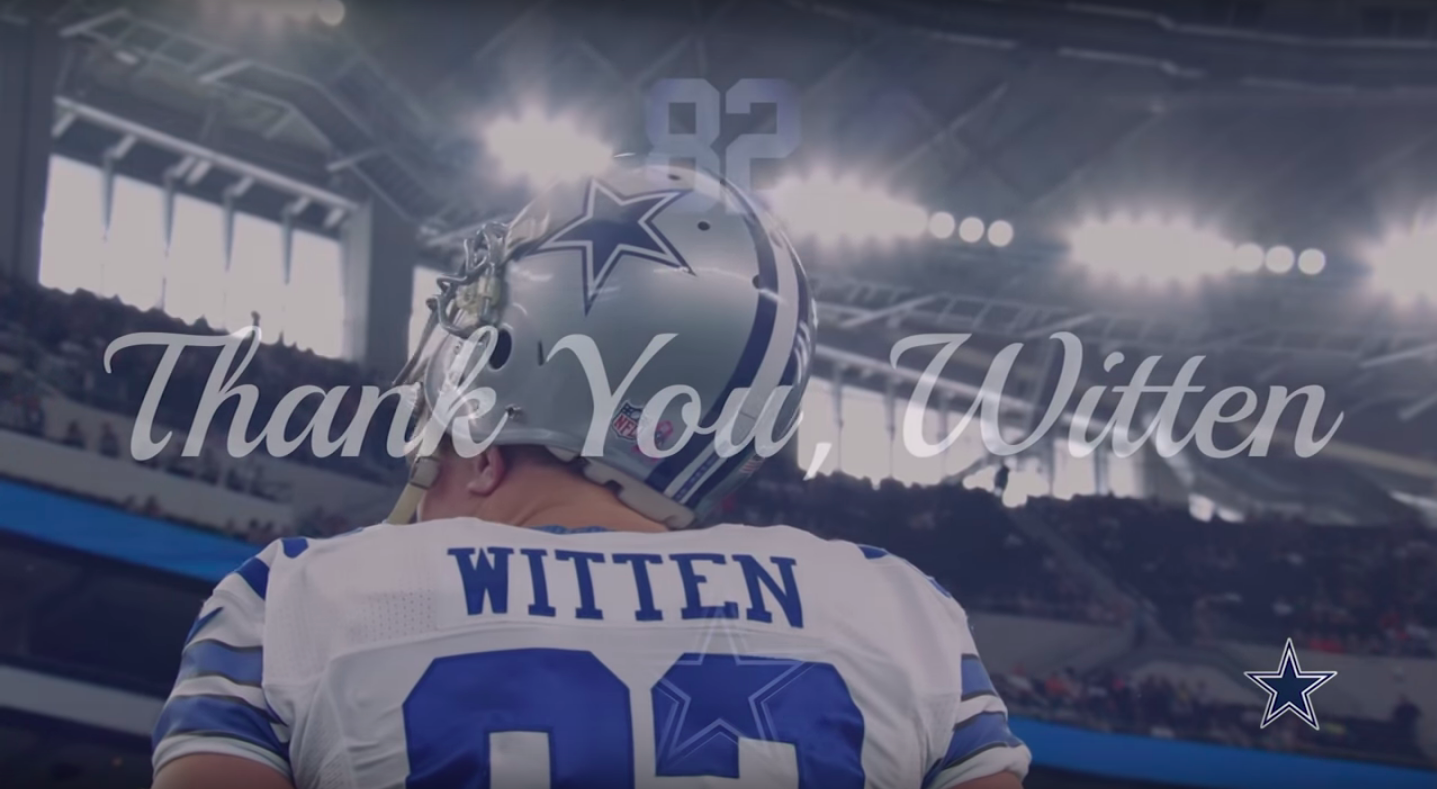 
The delay from when the news broke late last week made it seem possible that Jason Witten might change his mind about retiring from the NFL. But today, the longtime Dallas Cowboy did decide to call it a career to join ESPN’s Monday Night Football, replacing current Raiders head coach Jon Gruden. It’s hard to blame Witten for passing up an opportunity that might not ever come again, and it was clearly a difficult decision to walk away from the game and the franchise he loves. There weren’t many dry eyes in the house when Witten, owner Jerry Jones, head coach Jason Garrett, and the Cowboys held their farewell press conference for the future Hall of Fame tight end.

Witten talked of “passing the torch” to the next generation of the Cowboys, and there were some great moments throughout his goodbye. The full press conference can be watched here, but these are some of the best moments from earlier today.

A tip of the cap to 8️⃣2️⃣ from Jason Garrett. #ThankYouWitten #ThankYou82 pic.twitter.com/7sUkLbvEr8

And finally, an emotional tribute from the franchise:

Witten had a storied 15 years in the league and is obviously set up for a great life after his playing career. We’ll see him inducted into Canton in five or so years, but until then, he’ll be heard every Monday night during football season to call the final game of the week.