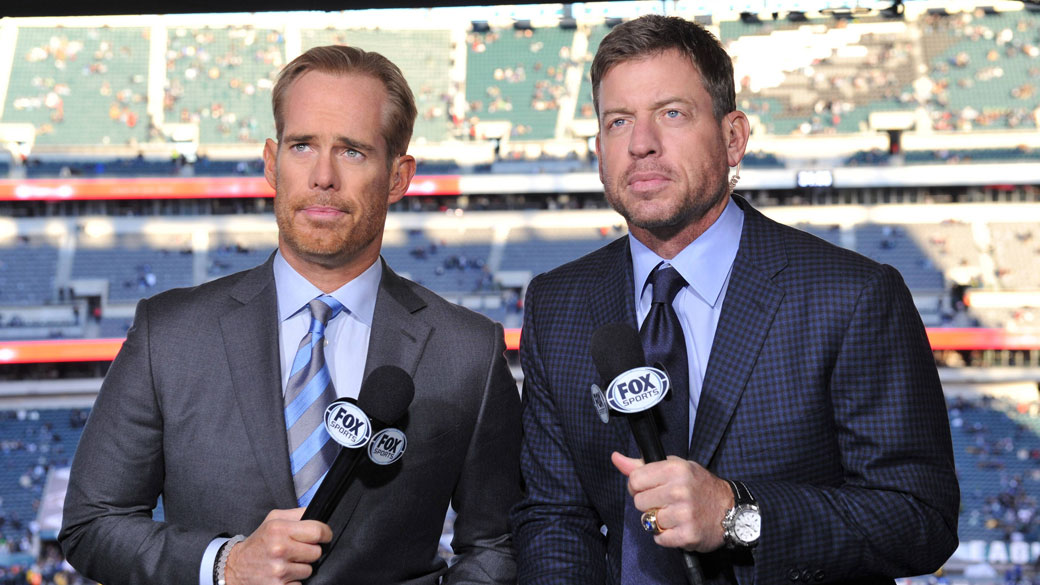 
After weeks of speculation, FOX Sports went with the best option available for the new Thursday Night Football package: their number one broadcast crew, Joe Buck and Troy Aikman. It’s been reported since FOX acquired the rights to Thursday night games that they wanted to give the games a premium, can’t-miss feel. Buck and Aikman will deliver just that.

The announcement from FOX Sports reads, in part:

Buck and Aikman will call all 13 Thursday Night Football, Presented by Bud Light broadcasts in 2018, with 11 of those 13 broadcasts airing on FOX and simulcast via NFL Network and also distributed in Spanish on FOX Deportes. The 11 TNF games broadcast by FOX will also be streamed via Amazon Prime Video. Buck and Aikman’s first Thursday Night Football assignment takes place Thursday, September 13 as the Baltimore Ravens take on the Cincinnati Bengals airing exclusively on NFL Network from Paul Brown stadium in Cincinnati, OH. In addition, the duo will remain the voices of FOX Sports’ America’s Game of the Week, ranked as the No. 1 show in all of television for the past nine years.

FOX Sports’ President of Production and Executive Producer John Entz said: “Since acquiring the rights to Thursday Night Football, we knew we wanted to deliver a big game feel. There is no other tandem that is more synonymous with big NFL games on FOX than Joe and Troy.”

Predictably, many people were criticizing the move, as for whatever reason they do not like Joe Buck and/or Troy Aikman. However, they are arguably the best two announcers in the business, and most diehard football fans are probably excited about their presence on the first game of the week for 13 weeks.

The best broadcast team—paired with what looks to be a much-improved TNF slate including Vikings vs. Rams, Raiders vs. 49ers, Panthers vs. Steelers, Packers vs. Seahawks, Saints vs. Cowboys, Jaguars vs. Titans, and Chargers vs. Chiefs—should make Thursday nights this fall a lot better.

FOX doesn’t have the Kickoff Game between the Falcons and Eagles, but just 17 more Thursdays to go until the NFL season is back.