Home / frontnfl / Julian Edelman Does Have A Hall of Fame Case 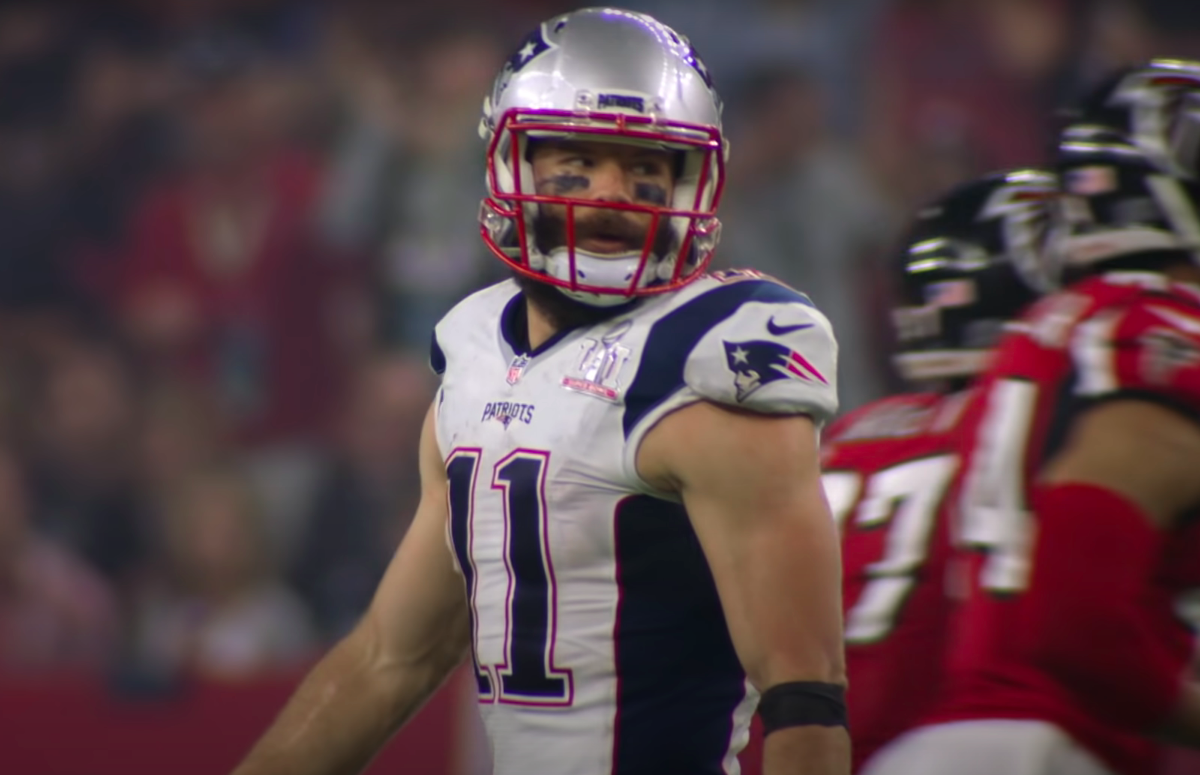 Julian Edelman Does Have A Hall of Fame Case


Longtime Patriots wide receiver Julian Edelman retired earlier this week, and his retirement quickly turned into a dispute about the merits of a Hall of Fame candidacy. Edelman’s retirement message couldn’t have been watched before people began disparaging his career.

Part of the issue, I would argue, is that many of these people don’t actually watch much football—but social media gives everyone a platform to voice opinions on things, which many take advantage of (and often take too far).

I’m not saying Edelman is a surefire first-ballot Hall of Famer. But he should certainly be up for discussion to make the Hall at some point.

The lack of regular season success has been the main sticking point for those arguing against Edelman even having a Hall of Fame case. However, when Edelman became a full-time receiver in 2013, he instantly became one of the league’s most productive and reliable weapons.

All this is to say that Edelman wasn’t some role player that didn’t make a big impact during the regular season—his lack of overall career numbers was simply because he didn’t have a long stretch of stringing together healthy, 16-game campaigns.

But when it came to the postseason, not many players rose to the occasion the way Edelman did. Just about everyone that’s interested in this discussion knows that Edelman is second all-time in postseason receptions (118) and receiving yardage (1,442), behind only the great Jerry Rice. I don’t think people understand how epic a feat that is.

Not only does Edelman have among the best postseason production in NFL history (again, a massive accomplishment), but the former college quarterback showed up in the biggest moments. There are three main standouts:

In Super Bowl XLIX against the Seahawks and the vaunted “Legion of Boom” defense, Edelman caught the game-winning touchdown with 2:02 remaining. (Earlier in that game during the ten-point fourth-quarter comeback, Edelman held on for a key third-and-14 first-down reception while getting demolished by Kam Chancellor over the middle. He had nine receptions for 109 yards total in the game.)

In Super Bowl LI (the 28-3 comeback by the Patriots), Edelman made one of the plays of the game with his diving catch in traffic off a deflection. Who knows how things would’ve turned out if Edelman didn’t make that play?

The wildest catch in the greatest Super Bowl comeback ever 🔥

And all he did in his third Super Bowl victory (LIII) was catch ten passes and win Super Bowl MVP.

And I haven’t even mentioned Edelman’s toughness and competitiveness—as well as his special teams contributions as a punt returner—which is well documented and undeniable. That counts for something in my opinion; it’s not all about numbers.

If a player retires that I don’t think should get in the Hall of Fame, I’m not going to immediately tweet out my feelings—especially not hours and days after the player has retired and should be having his career celebrated. Basically, I’m not a hater.

OK if you want to debate it with those that have been asserting that Edelman should be a Hall of Famer (or those asserting that it at least should be up for discussion), but to just sound like a massive hater and belittle Edelman’s accomplishments—as, unsurprisingly on Twitter, many people have been doing—is immature. And, as outlined above, I would go a step further and argue that it’s foolish to state that Edelman has no claim to be enshrined in Canton one day.

Edelman might never make the Hall of Fame, but that would not take away from what he was able to do in the NFL. He’ll certainly be a Patriots Hall of Famer. And he’ll be a Hall of Famer in my book and in the minds of many others—especially his teammates and coaches—despite loud opposition to the contrary.