WOLF SPORTS ALERT There may be temporary login issues due to site maintenance. Thank you for your patience!
Home / frontnfl / Key Takeaways From Day 1 Of The 2020 NFL Scouting Combine 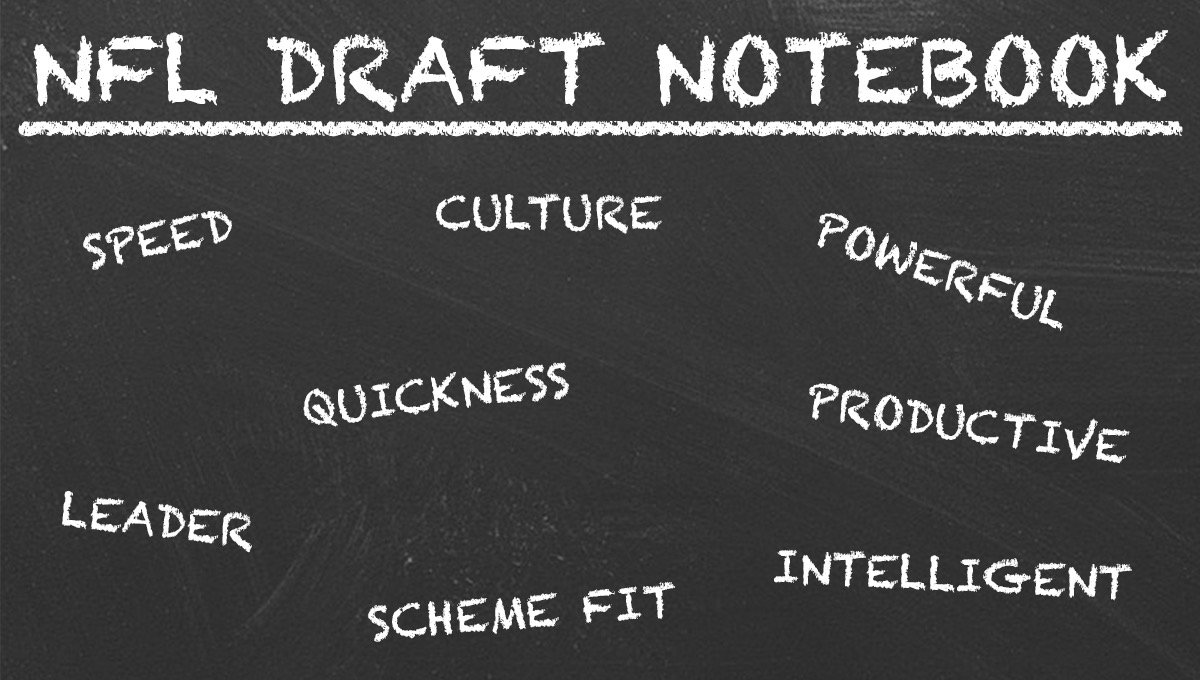 Key Takeaways From Day 1 Of The 2020 NFL Scouting Combine


The biggest night of the 2020 NFL Scouting Combine was yesterday, as the quarterbacks and wide receivers performed in primetime for the first time ever. Here are five of the biggest takeaways from Day 1.

Cole Kmet should be considered as a first-round pick.

The top tight end for me entering the week, Kmet seemed to get overlooked after running a 4.70 40-yard dash at six-foot-six, 262 pounds—which is an inch taller and 12 pounds heavier than his listed measurements at Notre Dame—but NFL teams surely took notice. Plus, the Notre Dame product led the position with a 37-inch vertical, and the pure athletic ability was at least highlighted when the NFL Network broadcast showed him swing in batting practice as a former member of the Fighting Irish baseball team. I would be surprised if Kmet isn’t the consensus TE1 by April.

Fromm was trending on Twitter after running a 5.01 40-yard dash and then having a couple of underthrows in the drills, but the critics may eat their words before long. The biggest strengths of Fromm are intelligence and decision-making, and a throwing showcase simply doesn’t allow him to standout compared to guys like Jacob Eason or Jordan Love. In reality, it’s absolutely silly to value three throws in a row (to guys the quarterback has no chemistry with) over three years of play in college football’s toughest conference. The same people criticizing Fromm now probably would have been laughing at Tom Brady if social media were around in 2000.

Henry Ruggs III still might be the fastest wide receiver ever.

How fast does a player have to be for a 4.27 40-yard dash—one of the best runs in Combine history—to feel like a disappointment? Ruggs III said he thought his first run that was blown dead for a rolling start was his chance to break John Ross’ record (4.22), but the simulcam between the two speedsters looked neck-and-neck to me when they got going, and the top speed may have even leaned towards Ruggs III. Based on the speed he’s shown on the field, Thursday night should have had no impact on the Alabama product’s draft stock.

James Proche likely has the best hands in the class.

You could turn on a random game of SMU from last season and probably see Proche make a spectacular catch at some point, and the hands certainly traveled to Indianapolis. Aside from a couple of remarkable over-the-shoulder grabs, Proche—who, for comparison’s sake, has bigger hands (9 5/8”) than six-foot-six wideout Collin Johnson—easily snatched balls out of the air in the gauntlet drill. Even in a loaded receiver class, Proche shouldn’t be overlooked based on concerns about size or speed.

It was disappointing to not have Tee Higgins (rest) or K.J. Hamler (hamstring) participate yesterday, but the 40 times of Mims (4.38) and Jefferson (4.43) sparked some significant excitement. Both players were already viewed as promising Day 2 prospects, but running better than expected could land them in the first-round conversation. Mims is particular proved to be a freak athlete with a 38.5-inch vertical and 6.66-second 3-cone time at six-foot-three; I would love to see him land with Matt Rhule in Carolina if available at the No. 38 pick, but perhaps Jefferson (and offensive coordinator Joe Brady—formerly of LSU) would have a say.

These are some guys currently not thought be a first-round pick that could boost their stock (i.e. get more buzz in the media) over the next three days.