Home / frontnfl / Keys For The Vikings, Eagles, and Panthers In The NFC Wild-Card Race 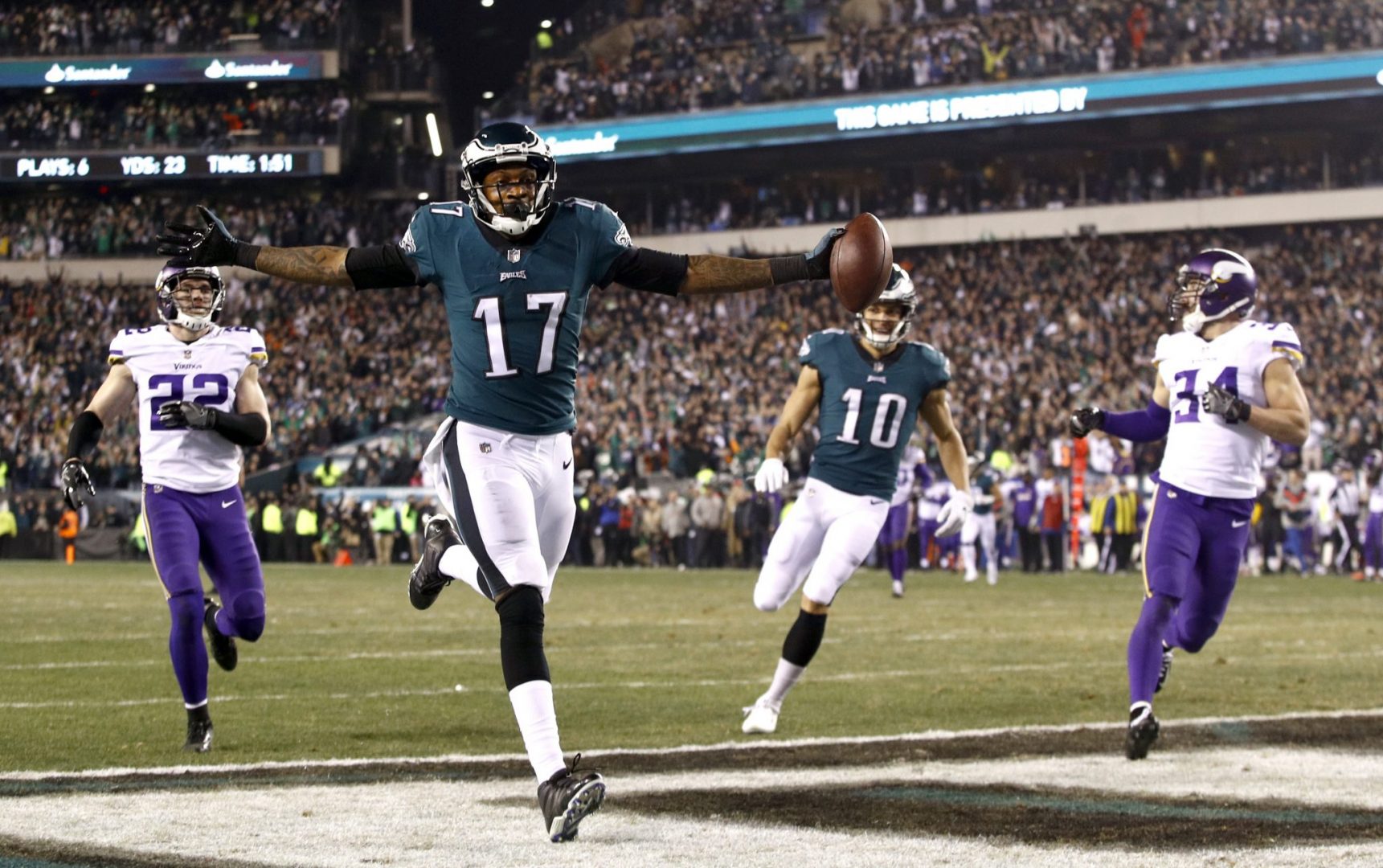 Keys For The Vikings, Eagles, and Panthers In The NFC Wild-Card Race


NFL playoff races are heating up heading into the final three games of the season, with nearly a dozen teams still in the mix to play into January. As we saw last year with the Eagles, who were counted out by many people when Nick Foles took over for an injured Carson Wentz, anything is possible. For three key teams that were in the NFC playoffs last season but are fighting to get in for a second consecutive year, there are obvious changes that will be made for the final postseason push.

Win two games with losses by PHI, CAR, WAS

Win one game with two losses by PHI, CAR, WAS

Philosophically, Vikings head coach Mike Zimmer and now-departed offensive coordinator John DeFilippo were not a match, and Minnesota clearly intends to run the ball a lot more moving forward as they look to get thing rolling heading into a hopeful postseason berth. Last season, the Vikings threw the ball around 54% of the time under Pat Shurmur compared to 67% of the time (the second-highest rate in the NFL) this season under DeFilippo. Look for them to get a lot closer to a 50/50 split moving forward, especially with Kirk Cousins not showing he can quite carry the offense to wins by just slinging the ball around all game. A stronger running game for the Vikings will lead to more play-action opportunities for Cousins and the great weapons on the outside while also playing to the excellent defense they have.

It’s going to be very interesting with Nick Foles in the lineup while Carson Wentz deals with a back injury that could potentially keep him out for the season, and we just saw Foles get red-hot while leading the Eagles to a title last season—maybe it’ll happen again this year. While Wentz is an amazing player that hasn’t been running around as much coming off his knee injury from 2017, Foles is much more likely to stay in the pocket and simply distribute the ball to his weapons, giving them opportunities to go up and make plays for him. Alshon Jeffery excelled during the Super Bowl run last season with Foles trusting him and putting the ball up for the big receiver to go and get, and that simply hasn’t happened much with Wentz under-center. Also, Nelson Agholor was exceptional particularly in the Super Bowl, and Foles is likely to also give him more chances both underneath and down the field. Doug Pederson and the coaching staff should make an effort to get the ball into the hands of Agholor and Golden Tate, as both are explosive after the catch.

Win out with one loss by MIN

*Not counting WAS, who is on its fourth QB

Cam Newton wants to be known as a passer that wins games from the pocket—which he has shown he can do when he’s on his game. However, his throwing shoulder is clearly not at 100%, and it’s going to be hard for him to beat the Saints (twice) and Falcons without a full arsenal of throws at his disposal; the deep throws just haven’t been accurate this season, particularly of late, and it’s unfortunate because that’s probably where he’s been most accurate throughout his career. Knowing what a Super Bowl loss feels like, Newton knows there aren’t many opportunities to get into the postseason and win a championship. With Carolina’s season on the line, look for the former league MVP to do whatever he can to help his offense keeps drives going and get into the end zone—which could mean he uses his legs more than he has all year. Don’t be surprised by 10-15 rushing attempts per game from Newton for as long as the Panthers remain alive for the playoffs.