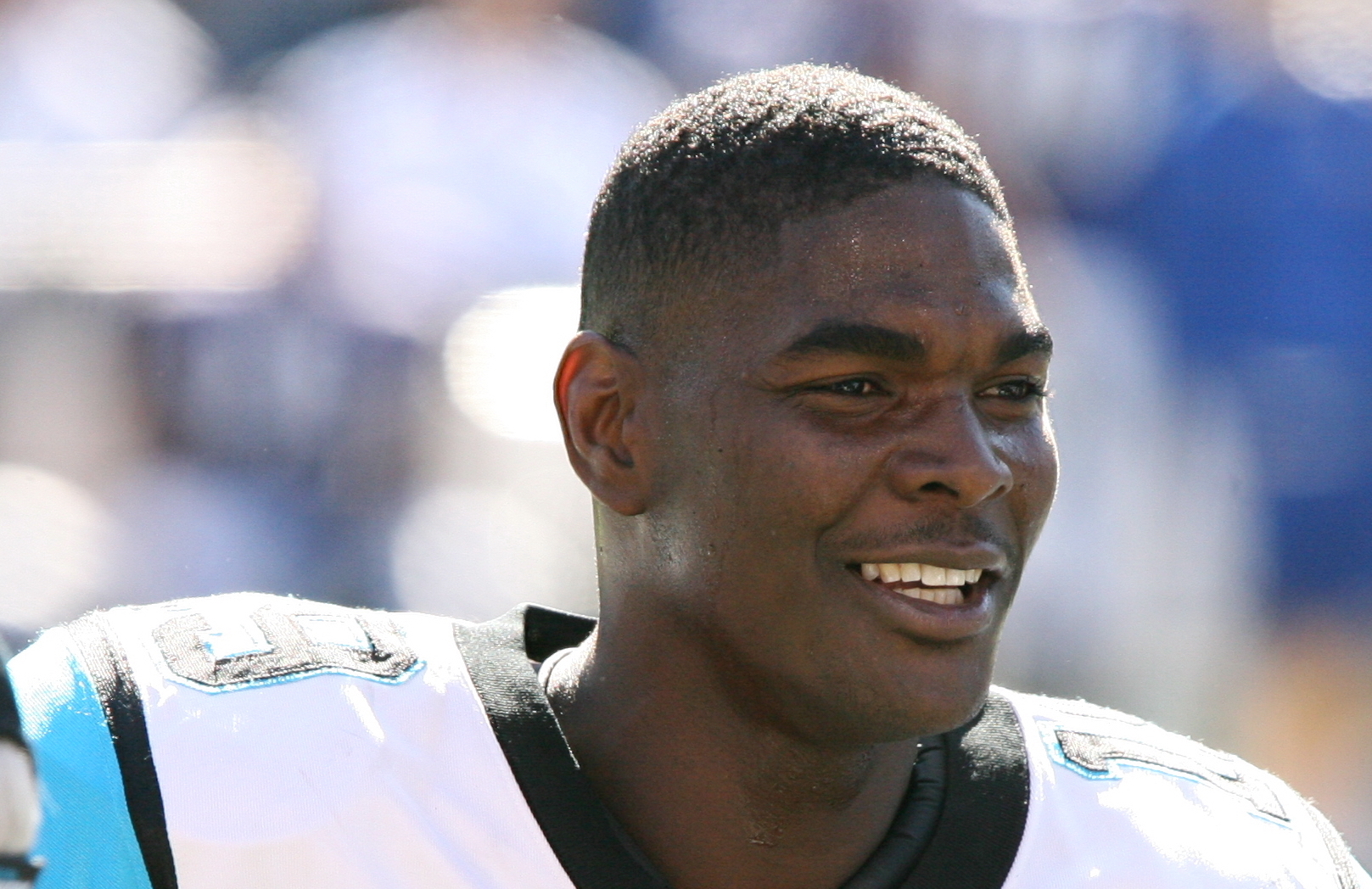 Never my favorite as a player, Keyshawn Johnson, Sr. was, nevertheless, a superstar with amazing NFL talent and a powerful personality. The wide receiver’s confidence was born of true understanding of his athletic prowess yet often appeared as braggadocio used to incite. He stood firm and loudly proclaimed whatever his personal issue of the moment.

At this moment, no longer a player, the NFL commentator is the father of a Scout.com ranked four-star wide receiver newly arrived on campus at Nebraska. Keyshawn the father proudly stands in the spotlight again, and I cannot applaud loudly enough and am seriously considering a jersey purchase. If you happen to be a parent and worry about the future of our youth, you may want to do the same.

The younger Keyshawn made his commitment to attend Nebraska and play receiver for the Cornhuskers despite other scholarship offers from prominent programs, and that decision was based in large part on Nebraska’s Head Coach, Mike Riley. Coach Riley was formerly the Offensive Coordinator for the Trojans of USC during the 1990’s and there coached and formed a lasting bond with Keyshawn Johnson, Sr. who shined as an All-American in the program. The bond was strong enough to elicit a March 2016 tweet from Senior stating that, in regard to the Nebraska choice, “Relationships and trust go a long way in making this decision.” That relationship and that trust came into play as the coach and the parent took decisive action on behalf of a young man of vested interest to them both.

According to Johnson, Sr., the young wide receiver arrived on campus close to the removal of his appendix and, during the adjustment period following the surgery, involved himself with marijuana use and a crowd of peers that did likewise. Despite his personal support of the belief that marijuana use is no more serious than intoxicants like alcohol and tobacco, Keshawn the father was steadfast in his stance that the issue did not lie in that belief. After a marijuana possession citation earlier this month, Johnson Sr. said on ESPN that he insisted that his son, “…be a leader and not a follower.” Johnson and Coach Riley worked together to enact a minimum, six-month leave of absence from the team. The move against his son’s perceived failure to protect himself from hanger-ons and a disregard for the effects that his current actions could have on his future success, is based upon Johnson, Sr.’s simple explanation that, ”The problem is they say don’t do it.”.

In response to an all-too-common Instagram and Twitter backlash, the elder K.J. responded, “You are not going to tell me what to do with my son.” During the same ESPN interview, Johnson confirmed that his son was at home, training, and “learning from his mistake”. Making no mistake here, this is not Senior protecting the youthful image to secure a payout from his son’s future success. The father hit that criticism full-force with the definitive statement, “I don’t need your money…” as well as establishing that he took strong action so that nothing could or would be “swept under the rug” and risks further incidents of bad decision-making fed by a feeling of invincibility or entitlement.

Professional athletes and celebrities are lauded for their successes and mercilessly lampooned for their failures. Their parenting missteps are hoisted high but when they step to the plate and showcase stellar parenting we should hold them equally as high.

Take into consideration the constant references to the “good old days” when ripping a branch from a tree, calling it a “switch”, and lashing it across the nether regions of a child was a perfectly acceptable practice. One cannot ignore the most high profile  application in recent memory involving another professional athlete, Adrian Peterson. Was it the philosophical position on the practice that ended in an initially indefinite suspension without pay for the stud running back in 2014 or was it the degree to which the punishment was enacted upon his four year-old son? Was the practice of spanking as discipline the charge in Texas? Was it that the child was struck with an object that cost the Father 15 games when all was said and done? Did the man plead “No Contest” to Reckless Assault simply to be reinstated in 2015 or was it the images of the damage done that caused honest reflection? We, as parents, need to find our own moral line on each of these questions. But, there remains the lingering and trumpeted concern from a subsection of the USA’s population that a vacuum exists where discipline and expectations for decorum for our young people once existed.

If you are one who feels that void but can’t stomach the extreme examples of “old school” techniques taken to excess like Mr. Peterson’s mistake, I ask that you take a moment to consider a course of action. Find a way, today, to send a message to Keyshawn Johnson, Sr. for doing it right. For showing on one of the biggest stages in the world that tough love doesn't have to scar. It can be a partnership between a school and a parent. It should be a clearly stated set of expectations with a balanced consequence. It must be an opportunity for growth and a second chance to learn and rebuild a future. Secondly, find a way to tell that young man that his father has given him a wise and powerful gift and that you believe in his ability to turn it around and be a beacon and that no single stumble guarantees a fall.

If this does not seem like the correct course and that the father should not be congratulated and that the son should be more harshly punished, perhaps it is you that needs a timeout.