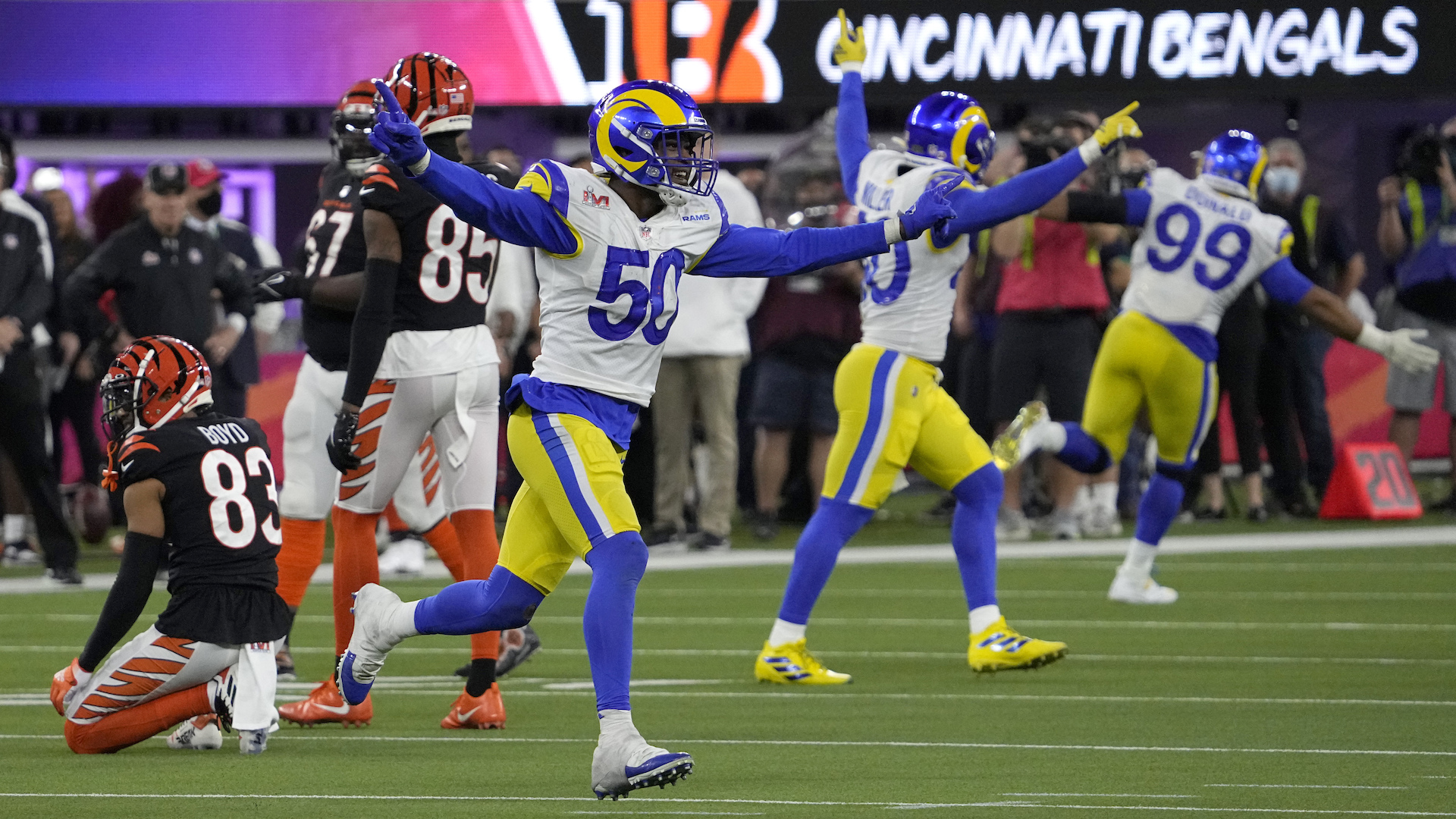 Many Believe The Bengals Were Robbed In Super Bowl LVI


We’ve all had a night to sleep on it, and there is still much frustration over the way Super Bowl LVI ended last night, with the phantom holding call on Bengals linebacker Logan Wilson (who played a truly outstanding game) that gave the Rams a new set of downs instead of a challenging fourth-and-goal. To be clear, the Rams should not feel bad about the way they won their championship. It takes a massive effort to win a championship, and their players, coaches, and staff will always look back fondly on this Super Bowl.

However, many fans feel the way the game ended was cheap. The officials were letting the players play all game (the Tee Higgins facemask on his long touchdown to begin the second half is evidence of that, as was the play early in the game when Jalen Ramsey got away with a penalty of his own on a blatant hold at the goal line), so for them to take control at the end of the game like that was very frustrating and disappointing.

Also, for those that have been paying close attention all season, the Rams have been getting calls in their favor all season. To say that the NFL is “rigged” is a step way too far, but it is curious that the Rams had a game moved due to players on the COVID list (arguably much more generously than other squads over the past two years) and received notable key calls this year. Two prime examples, aside from the Super Bowl, are the Divisional Round win over the Buccaneers and the Tuesday night win over the Seahawks following the COVID move. It is worth mentioning that the NFL Network built its new studios right next to SoFi Stadium and wants the Rams (and to a lesser extent the Chargers) to be major players in Los Angeles.

All that said, here’s the top reaction to the end of last night’s game. Again, the Rams aren’t going to apologize for the way things went, but the consensus is that the Bengals were clearly on the short end of things to conclude the game.

This is just my opinion and my opinion only don’t try and dissect it and make it more than what it is. All and all Congrats to the Rams on winning the Super Bowl

The officials were determined to ignore every violation when the ball was in play and only call false starts, delay of game and taunting. They maintained that posture for 58 minutes and 39 seconds. Then they started officiating. That was bad. https://t.co/AmmPbmlxqu

The defensive holding penalty against Cincinnati never should have happened anyway because the officials didn’t call an obvious false start on the entire offensive line. pic.twitter.com/U1itLG7RPA

LA was just handed a lead. I mean handed a lead by the NFL. Logan Wilson made a textbook play and the official threw a terrible flag. Awful.

Donald offsides on the 4th and 1. They usually give you a warning the first time, but this one, I would’ve called. Head clearly across the line pic.twitter.com/yEdVSNpQC1

I’m salty and I didn’t even care who won. Was such a great game until madness at the end.