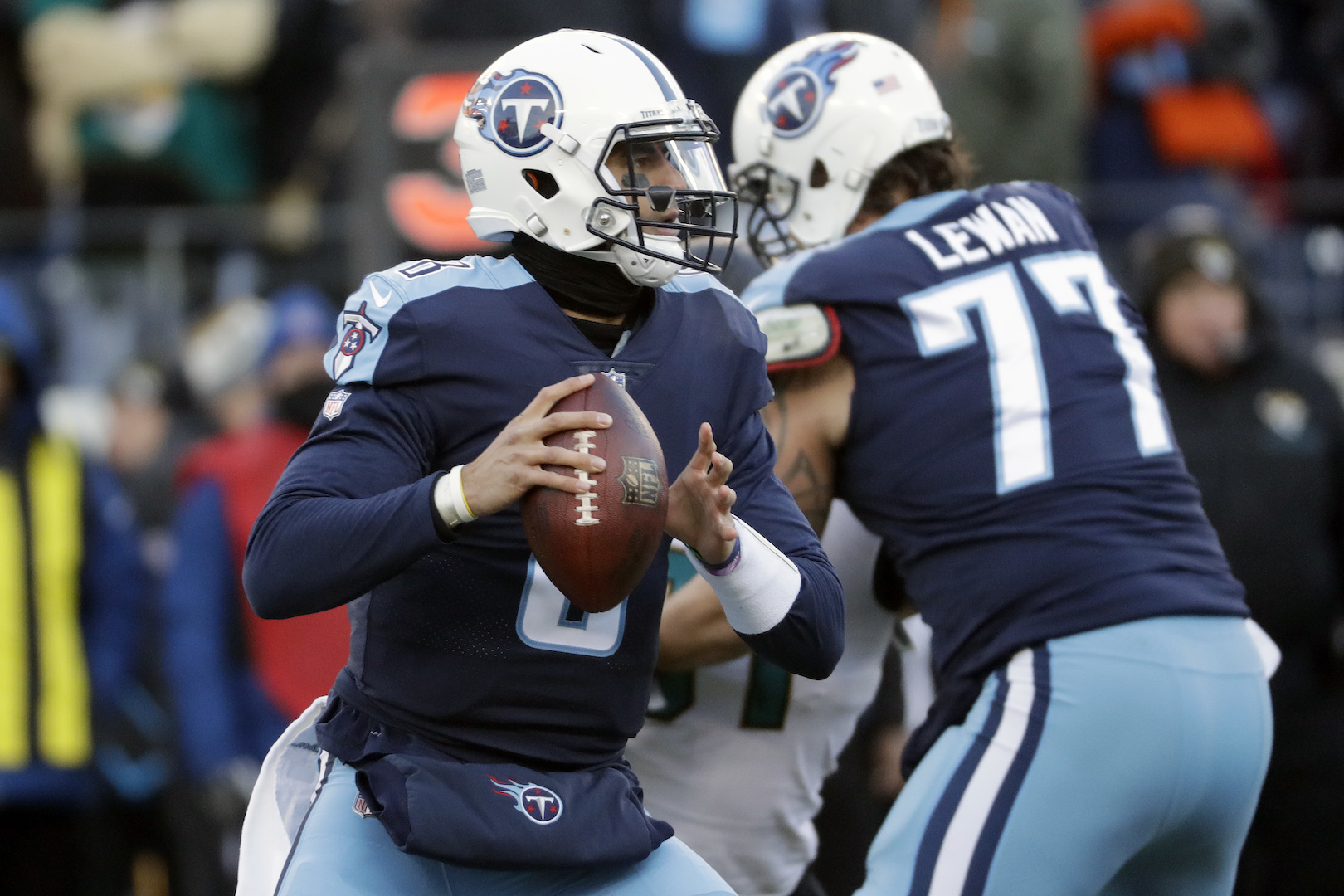 
Yesterday, the Raiders franchise made a notable change we’ll all have to get used to saying and typing, as they officially became the “Las Vegas Raiders”. As the Raiders move to the Entertainment Capital of the World for the 2020 season, the switch to a new city might not be the only massive change the team makes this offseason. Jon Gruden and Mike Mayock could be looking for a new quarterback to lead the Las Vegas Raiders for the next decade.

Especially last offseason when he received a bunch questions about his starting quarterback, Gruden made it perfectly clear that Derek Carr was his guy at the position, and perhaps that won’t change this year. At his best, Carr has looked exceptional as the Raiders quarterback, both back before his leg injury and at certain points in Gruden’s offense over the past couple of seasons. However, this is a slightly different situation in 2020.

Last year, the Raiders would have had to trade Carr to part ways with him because the cap hit for cutting him would have been more than if they kept him on the roster, and you’re typically not going to get fair value in return for a quarterback if you let everyone know he’s available for trade. But the 2020 cap hit for Carr would be just $5 million if he’s cut—ideally, a trade partner would be found if they do decide to go in another direction at the position. Also, the Raiders have gone two consecutive years without making the playoffs, and Gruden could be losing patience despite Carr dealing with some moving parts (and the loss of Antonio Brown) on offense.

From Tom Brady to Philip Rivers to Jameis Winston (and potentially more options like Nick Foles), there are a ton of quarterback options set to become available in free agency, but I believe Marcus Mariota is the guy Gruden and Mayock will target in the coming months.

Mariota is a perfect fit for Las Vegas because he’s still just 26 years old yet has four-plus years of starting experience, including in the postseason—it must be mentioned that he owns an amazing comeback victory at Arrowhead in the playoffs, and the person that was calling that game happens to be none other than Jon Gruden.

Gruden saw first-hand what Mariota can do on the football field, and he spoke very positively about the quarterback during that broadcast, notably calling Mariota “decisive” on some of his runs, which we’ll get to later. And when Mariota was entering the 2015 NFL Draft, both Gruden and Mayock really liked the Oregon product.

Mayock had his rankings public as a draft analyst for NFL Network, and he had Mariota ranked as his No. 1 quarterback when most people thought Jameis Winston was the top signal-caller in the draft. Meanwhile, Gruden thought the same, and he couldn’t understand why Mariota was not considered the consensus top player in the draft, calling the Heisman Trophy winner “like Russell Wilson, only he is six-foot-four”. While the 2019 campaign ended with Mariota getting benched while playing behind an offensive line that struggled mightily to give him a chance, I doubt the entirety of the first five years of his career caused Gruden and Mayock to sour much on their assessment back in 2015.

Again, Mariota is just 26 yet has been in the NFL for five seasons and has had a lot of success. From his leadership qualities (which Gruden and Mayock will love) to his elite quick release to his smarts to his sub-4.5 speed to his clutch play, the former No. 2 pick in the draft is the total package. Gruden’s public assessment when he was with ESPN reads something similar:

I don’t know anybody in this draft that can do for a football team what Mariota can do. He can read the field. That whole thing about Oregon being a no-huddle, dive-option team, that is just a narrative resulting from a lack of information. The Ducks run a lot of pro-style concepts. Mariota does a lot with the protections. I’ve seen him throw the ball with touch and timing in tight windows.

Mariota is the same size as Jameis Winston. He runs 4.52 40, he is incredibly elusive, and man, is he a playmaker and a great competitor. I see him functioning in the pocket, out of the pocket, and if you want to run a zone-read, he’ll rip the defense apart.

In addition to all of this, Gruden is friends with current UCLA head coach Chip Kelly, who coached four years in the NFL and also coached Mariota for a year at Oregon before making the jump to the next level. Kelly has said that Mariota stepped in as a true freshman with the Ducks and read the defense like a veteran NFL quarterback, adding that the talented Hawaiian “thinks like a Peyton Manning.” I would be shocked if Gruden—and Mayock, who is also friendly with Kelly—doesn’t check back in with Kelly about Mariota this offseason.

Back to Carr, Gruden has said multiple times in the past several months that he wants his quarterback to run the ball more when it’s there. That would be no issue for Mariota, who would add another element to Gruden’s offense with his legs, keeping defenses honest on zone-reads and bootlegs while also helping the offense stay in positive situations by simply being a playmaker. The decisiveness Gruden saw in Mariota during that playoff win over a Chiefs team the Raiders are competing against in the AFC West might be something that’s stuck with the offensive guru.

Naturally, some coaches like players that have performed well in front of them in person, whether it’s as an opponent or as someone an announcer is calling a game for. Earlier in that 2017 season in which Gruden saw Mariota help the Titans upset the Chiefs, Mariota threw for over 300 yards versus the Colts on Monday Night Football, so he was 2-0 and performed well in each of the two games Gruden called.

One more thing going for Mariota to the Raiders: Mayock and Gruden know the benefit of having a quarterback on a lower salary (like rookie deals). While agents can complicate things, Mariota himself would almost certainly take a very team-friendly deal to help put pieces around him and compete for a Super Bowl.

If this move is made, look for it to be mocked and ridiculed by people on television and on social media. But overly negative so-called experts knocked the Raiders for trading away Khalil Mack and Amari Cooper, yet their criticism has been forgotten after the team used their added draft capital to come away with a top-notch 2019 class; and the Titans were even mocked for bringing in Ryan Tannehill last offseason for basically just a fourth-round pick—sometimes a change of scenery is just needed for a player.

The partnership between Gruden and Mayock looks awesome. Aside from the Antonio Brown fiasco that was somewhat out of their control (aside from acquiring him in the first place), they dominated last offseason, and I think they’ll make a home-run decision with their quarterback (whether that’s keeping Carr; getting Mariota; signing another free agent, like Tom Brady, who I would be shocked if Gruden didn’t also want; or drafting someone undervalued like Jake Fromm). It’s interesting because Gruden is being given time to build things unlike other coaches that have been fired too quickly, and that includes finding a franchise quarterback.

Fortunately, Mariota could be coming available at the right time as the perfect quarterback to be his guy moving forward.