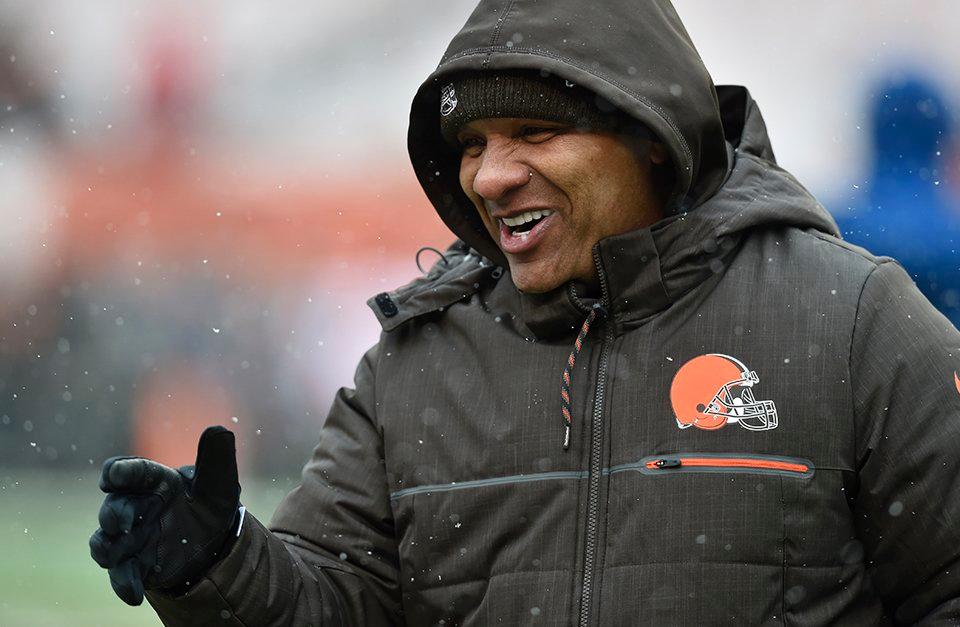 Rumors started circulating on Tuesday night that the team is split on Garrett and UNC’s Mitchell Trubisky, but I think Cleveland knows they need to get the best player on the board in Garrett, a potential franchise-changing pass rusher.

Adams was the selection to San Francisco in our mock draft last week, and now that seems like a popular pick in more than a few industry mocks. Remember, new Niners GM John Lynch is a future Hall of Fame safety, so he probably favors a strong leader and playmaker on the back-end here.

Nothing has changed yet from last week, as the Bears get a relentless pass rusher at the defensive end spot to add to an already talented front-seven. Thomas and last year’s first-round pick Leonard Floyd could make a dominant combo for years to come.

Would the Browns front office trade three picks to move up for a running back? Cleveland is bound to make a trade to move up at some point, as they have 12 totals picks, including 10 in the first five rounds. With young pieces on the defense and an on-paper dominant offensive line, Fournette might be the final piece to turning the Browns into a legitimate threat in the AFC North. Trubisky might be another option if recent rumors are true, but I think the Browns are higher on Cody Kessler than most people think.

Tennessee getting Hooker would be perfect here, as he is both a fit and the best player on the board. Hooker and box-safety Jonathan Cyprien have complimentary skillsets.

I had the Jets moving up for Mitchell Trubisky last week, but New York might decide to build up the roster before getting their quarterback, which seems like a strategy that has started to gain popularity. Howard is a legitimate top-five prospect.

LA’s newest team needs to find a way to takeover the Los Angeles market from the Rams, and what better way than to get one of the greatest college football winners of all-time to be the quarterback of the future? Watson (though I think he’s ready to play now) would be able to learn behind Philip Rivers, and the franchise will be able to sell potential fans on the future.

The Panthers seem destined for a bounce back after a forgettable 2016, and they don’t really have many needs for a team picking in the top-10. The team might like some of the young corners on their roster, but Lattimore gives Carolina a true #1 to replace Josh Norman a year after letting him go.

Foster’s teammate Jonathan Allen was the pick last week, but Foster is probably the better player—some even think he might be the second best overall prospect in the draft. The Bengals have shown they are willing to have guys with character concerns, but they need to be talented; Foster is.

Williams and Watkins just sounds too good not to happen, giving Buffalo two former Clemson superstars at wideout. A talented supporting cast for Tyrod Taylor should give the team a good idea of whether or not he is their answer at quarterback.

New Orleans saw first hand the impact that an athletic and versatile linebacker could have on a team, as Lousiana’s own Deion Jones helped the division-rival Falcons come out of the NFC in 2016. Reddick profiles as a similar type player, and would be undoubtedly better than any of the short-term linebacker options the Saints signed this offseason.

Jacksonville would love for O.J. Howard to be here, but Njoku isn’t that far off as a prospect. The 20-year old is a physical specimen, and if Blake Bortles can play like he did in 2015, defenses will be tortured by trying to defend Allen Robinson on the perimeter and Njoku down the seam.

White has been flying so far under-the-radar leading up to the draft that it makes me wonder if no teams want to talk about him so that he is available when they’re on the clock. Arizona needs help at corner across from Patrick Peterson, and White, Peterson, and Tyrann Mathieu could create an LSU super-secondary in the desert.

The Eagles’ biggest needs are cornerback and running back, and McCaffrey is a much better value than the top cornerbacks on the board here. McCaffrey would be the centerpiece of Doug Pederson’s offense, hopefully taking the pressure off Carson Wentz in his second season.

Indy needs help all throughout the defense and on the offensive line (still), and Chris Ballard gets a guy that was considered a top-two prospect before a sub-par combine performance. Allen would instantly become one of the best players on the Colts defense.

Although they just used a first-round pick on Breshad Perriman in 2015, the Ravens cannot afford to wait around for him to develop, which may never happen. John Ross is ready to catch Flacco bombs right now, and is more than just a one-trick pony.

The Redskins need to rebuild the defense, and getting a pass rusher opposite Ryan Kerrigan is a good start. McKinley is a little raw, but he is a high-upside edge defender who can get after the quarterback and stop the run.

Tennessee might be hesitant to make a deal with a team in their division, but it’s a smart move to move back a few spots and get a better value for their second first-round pick. It’s impossible to tell how each team feels about the top quarterbacks without being in the building, but I doubt Bill O’Brien thinks they can compete against the Patriots with Tom Savage at quarterback.

This pick came down to Charlton and his Michigan teammate Jabrill Peppers, who is still on the board. Charlton is a great piece to add to a young and talented Bucs defense.

Ramczyk is the first of at least a couple offensive linemen that Denver will likey add in the draft, and he profiles as a solid left tackle for years to come. The Broncos don’t have to worry about protecting an injury-prone Tony Romo, but their inexperienced signal-callers need to be protected to develop smoothly.

They could go in a variety of ways here, but the Lions get a good sidekick to their #1 corner in Darius Slay with Conley. The former Ohio State corner had experience playing both sides of the defense and in the slot for the Buckeyes.

The Dolphins might go with linebacker or pass rusher here, but Adam Gase could really try to build the offensive line in year two, adding another high-level talent to pair with Laremy Tunsil. Jay Ajayi would like this pick.

Pittsburgh apparently loves Peppers, and a close relationship between the owners of the Steelers and Giants give them the inside track on a trade up for him. Peppers fits nicely in the AFC North.

The Raiders could use a playmaker at linebacker to help out Khalil Mack, and Cunningham is just that, as he was all over the field for a Vanderbilt team that lacked talent in the SEC.

Some mock drafts have given Tennessee Corey Davis as high as fifth overall, so this could end up being a steal. I actually don’t have Davis as the best wideout on the board (that would be Chris Godwin), but the Titans are hoping they get Marcus Mariota a #1 receiver with this pick.

Tankersley could be Richard Sherman’s replacement if the team ends up trading him, as he has the size, speed, length, and production to be a legitimate shutdown corner in a cover-3 defense.

The Chiefs could use another corner opposite Marcus Peters, and the 20-year old Humphrey carries some nice upside and will not be asked to cover top receivers as a rookie.

The Cowboys definitely need cornerbacks, but having a strong pass rush will make all the corners on their roster look better. Barnett has great pass rush skills to get after the passer.

Like Clay Matthews, Watt is a versatile defender with a relentless motor that could fit inside out outside. Green Bay would have a couple of interchangeable chess pieces in the front-seven if they take J.J.’s younger brother.

New York’s biggest weaknesses are at linebacker and on the offensive line, and taking a 25-year old tackle in the first round is a lot better if they traded down first, which is the case here. It won’t matter how many playmakers Eli Manning has if he can’t stay upright.

The Falcons were able to make the Super Bowl last season without their top cornerback Desmond Trufant, so now they get him back and have a potential (i.e. probable) steal here with Jones, who was a possible top-10 pick before his Achilles injury.

So, the Saints end up with Haason Reddick and Budda Baker with their two first-round picks? Not bad. New Orleans could quickly fix the defense if they make the right picks.