Home / frontnfl / Most Likely Kyler Murray Destinations If The Cardinals Pass On Him At No. 1 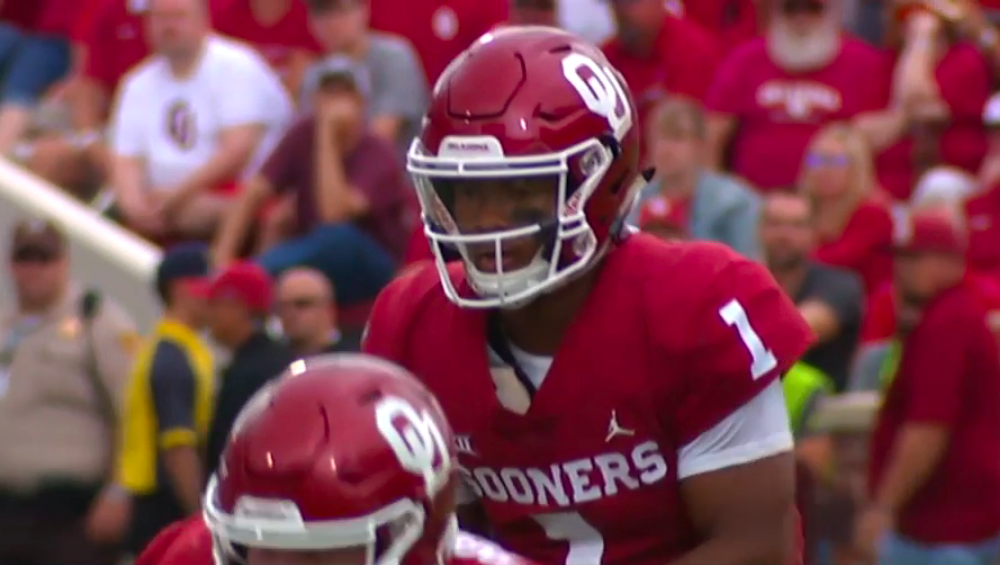 Most Likely Kyler Murray Destinations If The Cardinals Pass On Him At No. 1


Oklahoma quarterback Kyler Murray is fully expected to be the top pick in next week’s NFL draft, and any intrigue built by the Cardinals not tipping the pick feels like a TV-ratings thing. But what if Arizona actually passes on Murray, instead sticking with Josh Rosen? Other teams must obviously be prepared for such a scenario, and these are the teams I see as the most likely landing spots for Murray if the Cardinals pass on the Heisman winner, in order from least likely to most likely.

It’s unclear how much longer Bill Belichick will want to coach, so there’s a chance that the choice of future franchise quarterback will be left largely up to offensive coordinator and potential next-in-line Josh McDaniels. When he was with the Broncos, McDaniels drafted Tim Tebow in the first round in 2010, and the league has opened up more nine years later to the point where a guy like Murray is a better fit than he would’ve been back in 2010. Tebow and Murray are obviously different players, but McDaniels is probably open to not having a traditional drop-back passer as his quarterback. It’s just difficult to see the Patriots trading up too far for Murray, even if he slips to the mid-late part of the first round.

Murray doesn’t feel like the type of quarterback John Elway prefers, but it also felt like Josh Allen would’ve been a perfect fit within Elway’s parameters with the No. 5 pick in last year’s draft, which was used for defensive end Bradley Chubb. Even after acquiring Joe Flacco from the Ravens, maybe Elway is sold on the two-sport star Murray is and wants to pull the trigger if he slips to ten. If not, maybe a potential trade back up into the first round would be in play—but if Murray drops too far (say into the 20s), the Cardinals would likely trade up for him at that point unless they really love Josh Rosen.

The Chargers have one of the strongest rosters in the league, so they might be able to afford to part with the draft capital required to make a huge move up the draft board to secure Murray if they feel he’s the guy to lead the franchise after Philip Rivers. It’d be a similar move to what the AFC West rival Chiefs did for Patrick Mahomes, and it’d certainly be exciting to have those two dynamic quarterbacks in the same division. Murray could also potentially be used situationally behind Rivers as an added wrinkle to keep defensive coordinators up at night when they face the Chargers.

Murray didn’t take his scheduled visit to the Redskins, which probably tells you he’s confident he’ll go No. 1 overall to Arizona (or at least not much lower), but that probably won’t stop Washington from drafting the dual-threat quarterback if they like him enough on film. A trade up from No. 15 into the top ten might be less likely with Murray not visiting the team, but in the middle of the first round, the Redskins are in a solid position to move up or down the draft board.

Clearly, the Dolphins have their eyes on the 2020 crop of signal-callers (apparently Alabama’s Tua Tagovailoa specifically). However, they’ve probably been expecting that Murray will go high enough—likely No. 1—that they won’t a shot at drafting him. As Brian Flores looks to build his program, Miami shouldn’t—and probably won’t—mortgage the future to go from No. 13 all the way up to the top three-to-five selections this year; but they’d likely be right in the mix if Murray makes an unexpected drop out of the top ten.

Giants GM Dave Gettleman isn’t going to give much away about his plans, and the overwhelmingly positive remarks about Eli Manning feel legitimate and not like a smokescreen—but the Giants are a total wildcard when it comes to quarterbacks in this year’s draft. While both Gettleman and head coach Pat Shurmur might prefer a classic-style quarterback, I could see them both liking Murray’s game enough to select him if he’s there at No. 6, so their draft position just outside the top five makes them more likely to land Murray if the Cardinals don’t.

New Bengals head coach Zac Taylor has said all good things about his current starting quarterback Andy Dalton, but most coaches want their own guy at quarterback, and it often happens in the first year of their tenure. His athletic ability gets a lot of attention because he’s just so dynamic, but Murray is also a skilled distributor that Taylor might feel can operate his offense at a high level while helping turn garbage into gold when plays aren’t there through the air. A trade up, potentially with the Jets at No. 3, shouldn’t be counted out.

Jon Gruden has a tendency to fall in love with players because he’s a generally positive guy and a coach that wants to grind and help players get better, but it’s sounded like he really likes Murray. Gruden has said that he’d be absolutely shocked if Murray gets past the first pick, which probably gives a good indication of his feelings about him. And on the Arizona Cardinals’ Kingsbury Chronicle podcast, Cardinals head coach Kliff Kingsbury said that Gruden asked if they’re taking Kyler Murray first overall, and then Kingsbury responded by asking how many first-round picks the Raiders have, and Gruden said he’s got three. This could’ve been Gruden wanting Arizona to take Murray to leave a higher-ranked defensive player on the board, but it really sounds like Murray is a guy Oakland’s head coach would love to get his hands on. With Derek Carr under-center for the team, I don’t think the Raiders will trade up to secure Murray (GM Mike Mayock probably doesn’t want to trade away this great draft capital he has to work with in his first year); but I think they’ll simply draft him if he’s there at No. 4, which might be the most likely scenario if Arizona pulls a stunner and passes on the long-connected quarterback.