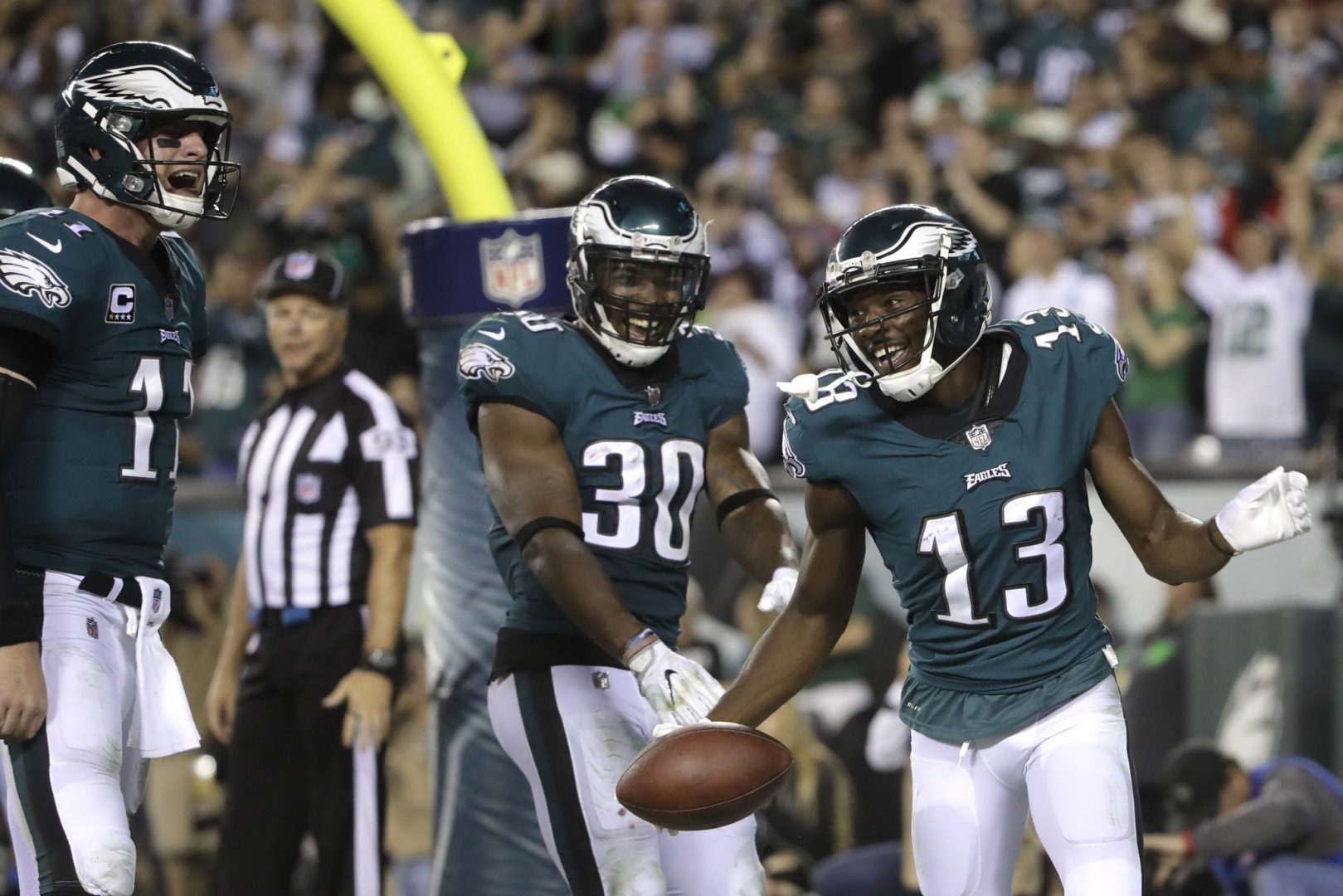 Nelson Agholor Should Be Appreciated For His Time In Philadelphia


Over the weekend, the Las Vegas Raiders signed wide receiver Nelson Agholor, officially ending the former first-round pick’s career with the Philadelphia Eagles after five seasons. After the news, Agholor’s name was “trending” on social media, but the posts were unfortunately overwhelmingly negative—from casual NFL fans to diehard Eagles fans.

Like nearly every receiver in the league, Agholor had some drops throughout his career; and last year, a fan became a meme for criticizing the former Eagles receiver in a television interview (to which Agholor responded with class). This led to a ridiculous consensus that Agholor is a bad player.

These people don’t actually watch games. Or they “watch” while looking at their phones the entire time. Those that watch games intently know that Agholor is clearly at least an above average receiver in the NFL—aside from his dynamic ability, he did a ton of dirty work for the Eagles, blocking with maximum effort and efficiency while never voicing frustration with a role that should have been larger in terms of getting the ball into his hands.

Eagles fans are a different story. Many of them probably do watch every snap of the Eagles every single week. But Agholor—while he had some drops (like every player on the team, mistakes are sometimes made, from Carson Wentz to Zach Ertz)—became a major scapegoat in Philadelphia over the years. Maybe some general sports fans wanting to criticize someone to make themselves feel better about themselves is understandable (though unfortunate), but it’s most disappointing that Eagles fans don’t appreciate Agholor’s play during the team’s Super Bowl LII run.

People should get the hate out of their hearts and show some appreciation, or at least stop ripping him. It would be one thing if Agholor just shut it down and didn’t give effort after the Super Bowl win, but that wasn’t the case. Unfortunately, one reason Agholor became a scapegoat with the Eagles is because he was a “Chip Kelly pick” in the draft—that alone makes one a prime target for criticism.

In reality, Agholor is an exceptional talent—the statistics just didn’t always show it because he was not consistently featured on offense. Go watch the Super Bowl LII film if you think otherwise. Eagles cornerback Rasul Douglas came to the defense of his former teammate, stating that fans should ask some of their favorite corners what they think of Agholor. Former All-Pro cornerback Darrelle Revis was a fan.

It makes me sad that it almost feels like Agholor won’t be able to come back to a warm reception in the city after helping the franchise win its first Super Bowl. Hopefully as time passes, things change and fans come to their senses while looking back fondly on Agholor’s time in Philadelphia.

But for now, because many fans and the Eagles organization apparently won’t do it (I’m still hoping Agholor will get a “thank you” in a statement from the team at some point, which he undoubtedly should for his contributions and attitude since 2015), I want to give a sincere thank you to Agholor for grinding through the incredibly tough times by getting out of his own head, overcoming the deafening criticism, and coming up clutch when it mattered most.

Agholor was one of the most important pieces on a championship roster, and I’m not sure the Eagles would have a Super Bowl without him. He had a huge hand in overwhelming joy and pride for millions of people, and someday that pride should be reciprocated toward the homegrown first-round selection from across the country at USC that delivered in crunch time.