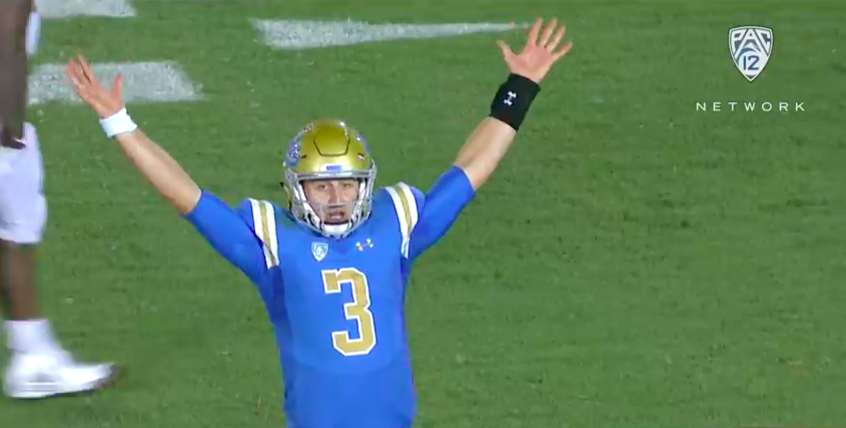 
Most NFL teams require their scouts to make an NFL comparison for draft prospects every year. There’s not always a perfect (or even good) comparison in my opinion, as special players like Saquon Barkley simply don’t have one, but it could still be a useful exercise nonetheless. These comparisons are based more on play style or what they could be, not necessarily what kind of career I think they will actually have. This is what I came up with for the quarterback position (in order of my rankings).

Josh Allen might have the strongest arm I have ever seen, and Ravens quarterback Joe Flacco isn’t lacking in that category, either. Still, they can each put touch on the ball to make every throw imaginable, and are both good athletes. Allen is faster and more dangerous as a runner, though, and I would say his upside is “Playoff Flacco” all the time if he can get into the right situation.

This is probably a comparison that will be heard a lot over the next few months, and I think it’s accurate. Jackson is more advanced as a passer than Vick was coming out of Virginia Tech, but both are dynamic, game-breaking quarterbacks that can launch the ball with a flick of the wrist. I do think Jackson needs to get stronger, as Vick was extremely strong for his smaller stature, but the former Heisman winner will be a terror at the next level in my opinion.

Mayfield is a tough comparison, but I don’t think he’s accurate or quick enough through progressions to be Drew Brees, and Johnny Manziel played more out of the structure of the offense than Baker. I think the best match is Russell Wilson—but considerably slower and not close to as magical in or out of the pocket. Mayfield can hit the open man and has a strong arm for his size, but he will need to make tight-window throws to live up to his potential in the league. I’d say he profiles similarly to Wilson two years ago when he was hampered by an ankle injury.

Before people lose their minds over this comparison, I currently have Darnold as a mid-first-round pick, so I don’t think he will be a journeyman signal-caller in the NFL—but it’s hard not to see some Ryan Fitzpatrick when you watch him. Remember, Fitzpatrick did have a 31-touchdown season with the Jets in 2015, and both quarterbacks can flash brilliance while also driving you crazy with a turnover. Think of Darnold as a “super Fitzpatrick” that has a few Andrew Luck qualities.

This is one of the easiest comparisons there is, as both Josh Rosen and Eli Manning are talented throwers that can get hot (just look at the Texas A&M game this year). However, Rosen has a lot to prove as a leader if he wants to have the kind of championship career that Eli has had. He also needs add size to his thin frame to be more durable.

I think Mason Rudolph is a mix of a few different quarterbacks, but Ryan Tannehill is the single best comparison. Tannehill is a better athlete, but both are very accurate passers that stand tall in the pocket, and receivers should love catching passes from them because they both throw a beautiful ball that’s often right on the money. If Rudolph can get a good coaching staff around him like Tannehill has with Adam Gase in Miami, I like his chances of turning into a franchise quarterback.

Falk has good accuracy over the middle and on short and intermediate passes, but his arm strength isn’t really close to that of the top signal-callers in this year’s class. However, like Kirk Cousins before him, he could develop into a starter based on his ability to get the ball to the open man combined with his toughness. That said, coming out of Mike Leach’s air raid attack, he has a more difficult transition than Cousins did.

There were plenty of doubters during J.T. Barrett’s illustrious college career for whatever reason, but I wouldn’t bet against him being a successful NFL starter. A winner and natural leader, Barrett is similar to another college legend that was coached by Urban Meyer in Tim Tebow. I’m a huge believer of Tebow as an NFL quarterback (8-6 record with a 17:9 touchdown-interception ratio), and both he and Barrett can make the big throw when it’s needed, using their legs to make plays and move the chains in the process.