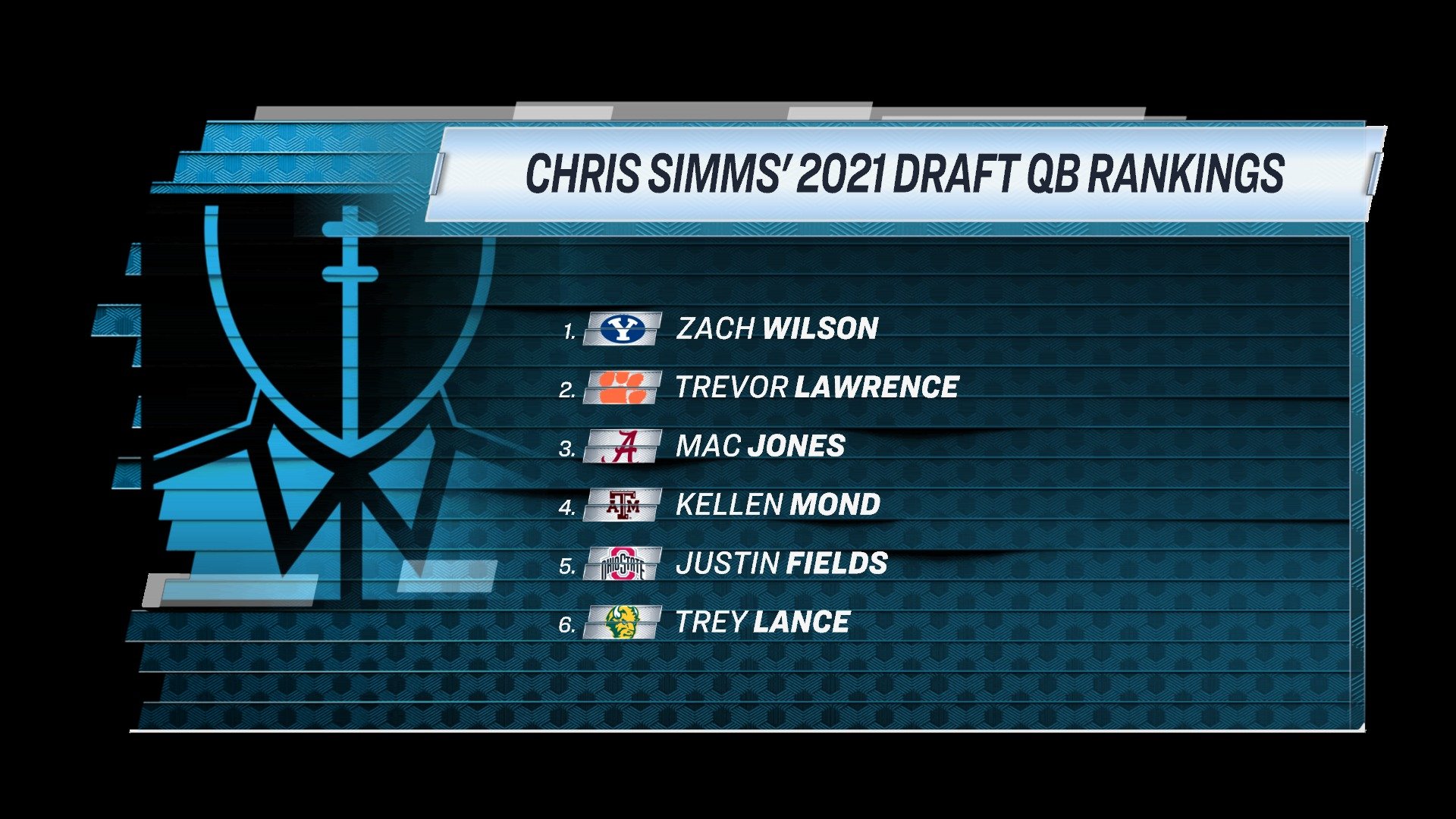 NFL Draft: Credit To Chris Simms For Not Falling Victim To Groupthink

Simms has been relentlessly attacked and ridiculed on Twitter for his rankings, which notably include BYU’s Zach Wilson at No. 1 over Clemson phenom Trevor Lawrence and former Texas A&M quarterback Kellen Mond ranked ahead of Ohio State’s Justin Fields and North Dakota State’s Trey Lance.

Though Mond might be an underrated prospect, not many will agree that he should be ranked ahead of Fields and Lance. But credit to Simms for thinking for himself. Simms presumably has plenty of security at NBC and doesn’t need to do this for attention—he’s just saying what he feels and doesn’t fall victim to groupthink.

The good news is some are defending Simms, pointing out that he had Patrick Mahomes higher than just about anyone in 2017, and he had Lamar Jackson and Josh Allen ranked as his top quarterbacks in 2018 and was also high on Justin Herbert last year.

But overall, to be blunt, most are pretty much calling Simms an idiot. Why is that?

Part of the issue might be that people are insecure when someone’s rankings stray too far from the consensus because many of these people haven’t actually watched all these quarterbacks play (Simms has obviously watched film on them). Thus, many casual fans feel attacked that their consensus might be off, and they then attack a guy like Simms for daring to think for himself.

It’s not fair, but it’s the way it goes on negative social media platforms that make it easy to criticize from behind a keyboard.

Different opinions are part of what makes discussing sports fun, at least when it stays cordial and on a level of understanding. It’s one thing to have a dialogue regarding Simms’s opinion, but it’s another thing to just blatantly call him an idiot (especially if you are just basing your own opinions off groupthink and didn’t watch the prospects like he did).

And over the course of the next few years, we’ll see how things play out. The success of players also partly comes down to the situations they land in (like Mahomes getting to play for Andy Reid on an excellent offense). “Can’t-miss” prospects can become misses, and diamonds in the rough are found every year. Anyone that says they know for certain what’ll happen is lying.

So disagree with Simms? Sure. But it’s probably unwise to badger someone with dumbed-down criticism just because you think they’re 100% “wrong” on something as unpredictable as the NFL draft.