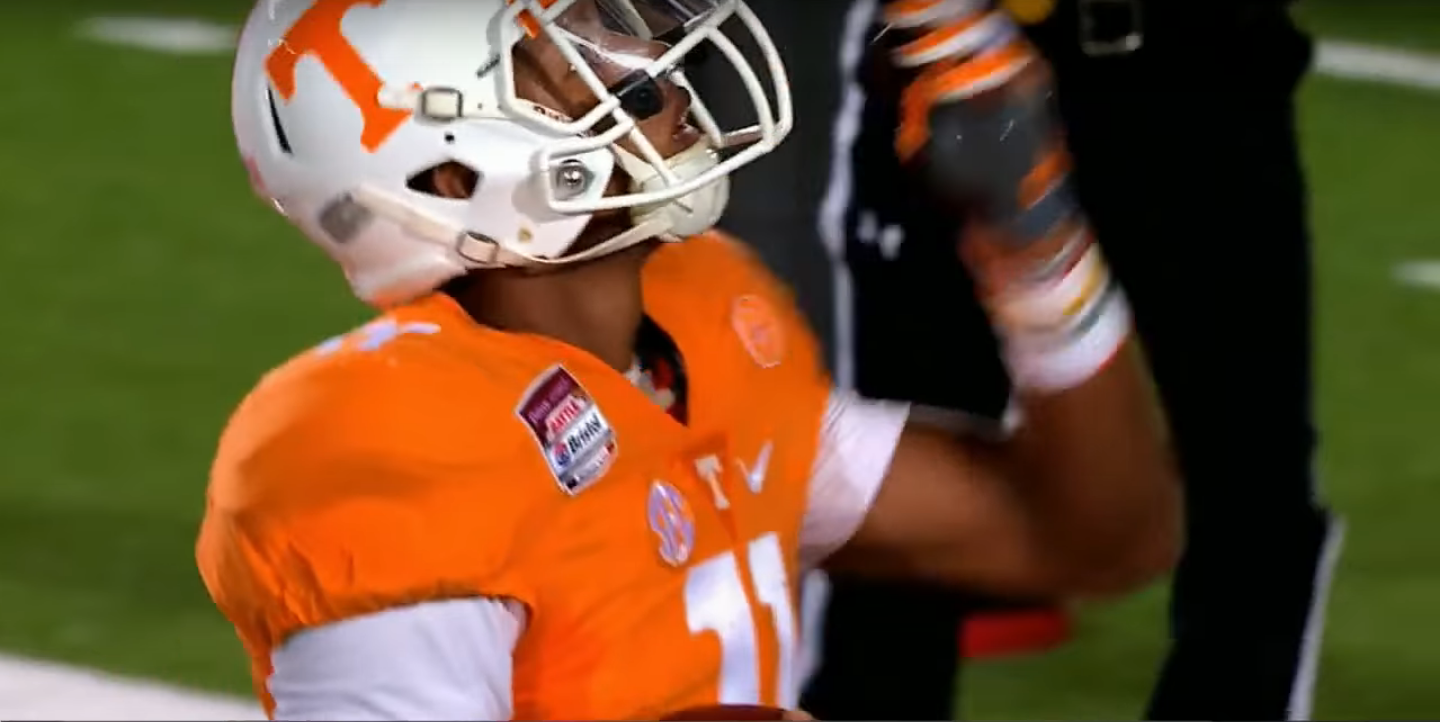 NFL Draft: The Unsung Value Of A Winning Quarterback


It’s crazy how wrapped up we get in the NFL Draft process. We scrutinize every move in the NFL Combine, Senior Bowls, Pro Days, etc. It seems like we create new mock drafts every other day with entirely new slate of players moving up and down the board. Microanalysis and dissecting these college kids lives on a national stage, where perception can overrule reality. And when we come into the concept of QB prospects, the examination can be insanely intense.

“What is his 40 time?” “He benched 2 fewer reps than his competitor.” “He was seen last night walking to his car alone.”

I am not underplaying the value in measurables. Trying to draft the next LeBron James of the NFL can be enticing. It’s important to know how fast your guy can run, and how intelligent he is; it’s vital to understanding fit. However, lost in this is one key and insightful stat that can provide more knowledge than anything else: Winning.

When it comes to quarterbacks, nothing speaks more to me than win record. We hear it all the time in sports coverage. “He is just a winner”. But somehow, that gets lost in the discussion when it comes to the draft. It suddenly becomes “He is a winner but…”

Just look at Deshaun Watson, quarterback of the National Champion Clemson Tigers. Watson posted a 32-3 record as a starter, went to two consecutive national championships, and won one. While Deshaun got all the rave in college, finishing in the top five Heisman trophy finalists two years in a row, his NFL status is up in the air. Experts claim his accuracy issues will be problematic, the spread offense doesn’t translate, his turnover rate is too high. However, Watson won the ACC back-to-back years, following Jameis Winston most recently in that pursuit. Watson also put up astronomical numbers in the championship game, but moreover, he showed mental toughness. The first half of that game was filled with brutal, devastating hits, yet he kept getting up and willed his team to a win against a team many people raved as the best defensive team in history. Watson and the Tigers put up 35 points.

We take it for granted, but if we look at the starting quarterbacks drafted in the 2016 NFL Draft, it’s clear that winning is important. 15 QBs were drafted in 2016, but only three saw significant playing time as a starter: first overall pick Jared Goff, second overall pick Carson Wentz, and lost in the shuffle during the draft was fourth-rounder Dak Prescott—who took Mississippi State to the number one ranking for the first time in school history.

Prescott was clearly the best of the QB class last year, posting a 13-3 record on his way to the one seed in the NFC for the Dallas Cowboys. But if we pause and look at his collegiate career, his time at Miss. St. wasn’t much different. Prescott posted a 32-17 record (.653 win percentage) as the starter, with 10-3 and 9-4 records his junior and senior year, respectively, playing in the all-mighty SEC West division. Furthermore, Prescott was the clear star and leader of that team, almost a one-man show at times. That level of winning in the toughest division in college football was undervalued during the draft and questions of his arm strength and his fit in a pro-style offense took over. That caused a catastrophic fall into the fourth round—never in discussion for a top level prospect.

On the contrast, teams fell in love with the size and measurables of Jared Goff and Carson Wentz. While Wentz, as a two year starter, posted a 20-3 record and won championships at perennial winner at the lower levels, North Dakota State, he didn’t do it in the SEC like Prescott. Goff did lift Cal from a 1-11 season as a freshman to an 8-5 season during his last year, but didn’t quite take his team to the level Presott took Mississippi State. Wentz showed promise in the NFL with a dazzling start to the season, but his play tapered off as the Eagles fell to the last in their division. Goff wasn’t the starter for the Rams until mid season, and posted 0-7 record. The talk after the season? Prescott: an NFL star; Wentz: showed some promise; Goff: hopefully a new coach can help him.

Any player with a sub-.500 win percentage in college needs a pause. Tom Brady—as everyone knows, a sixth-round pick—posted a 20-5 record as a starter at Michigan. The guy was a winner before he took the NFL by storm! Coming into the draft, his speed and weight were huge concerns, now Brady is the face off eternal health and the poster boy for NFL longevity. Two-time Super Bowl champion Ben Roethlisberger was 27-11 at Miami (OH), while fellow two-time Super Bowl winner Eli Manning was 28-15 (.651 win percentage) for a mediocre Ole Miss team that has stayed at the bottom of the West before and after him.

I understand that this isn’t the only metric we should measure by, and there are plenty of exceptions to the rule. Many winning quarterbacks in college haven’t quite panned out in the NFL (Vince Young, JaMarcus Russell, Johnny Manziel). But overarchingly true, winning NFL quarterbacks were excellent in winning at the college level. Questionable quarterback prospects (according to “experts”) like Marcus Mariota and Russell Wilson have turned excellent college resumes into magnificent NFL careers.

If we take a look at all the QBs in the discussion for first round status, certain player stick out over others. Deshaun Watson posts the highest win percentage, but second is UT QB Joshua Dobbs. If you watched any of Dobbs’ play in college, you would know his mental make up. He was a one man train for the Volunteers many days, carrying his team on mind-boggling comebacks on a weekly basis. Next comes 13-game starter, Mitchell Trubisky for the UNC Tar Heels, who had an 8-5 record in his season as the starter. Falling the way side at sub-.500 records are DeShone Kizer and Patrick Mahomes. Yet, sitting a week from the draft, Josh Dobbs is at play as a potential second- or third-rounder; meanwhile, Patrick Mahomes and DeShone Kizer are potential top 20 picks. Trubisky is slated to go as high as number one overall, and projected by many to go in the first six picks of the draft. Watson’s potential landing spot has been all over the place, with some not even expecting him to be a first-round pick.

While we await the results of the draft, and the careers of these players, it’ll be interesting to see how they pan out. Andrew Luck, Jameis Winston, and Cam Newton were all winners in college and look at where they are now. If I were a GM, I’d be awfully allured by quarterbacks that won in college.