WOLF SPORTS ALERT Initial 2022 fantasy projections are complete; we are working on displaying them in a new sortable table with standard, half PPR, and PPR toggles.
Home / frontnfl / NFL Expansion: 18-Game Season Coming Soon And St. Louis Could Be Set For New Franchise 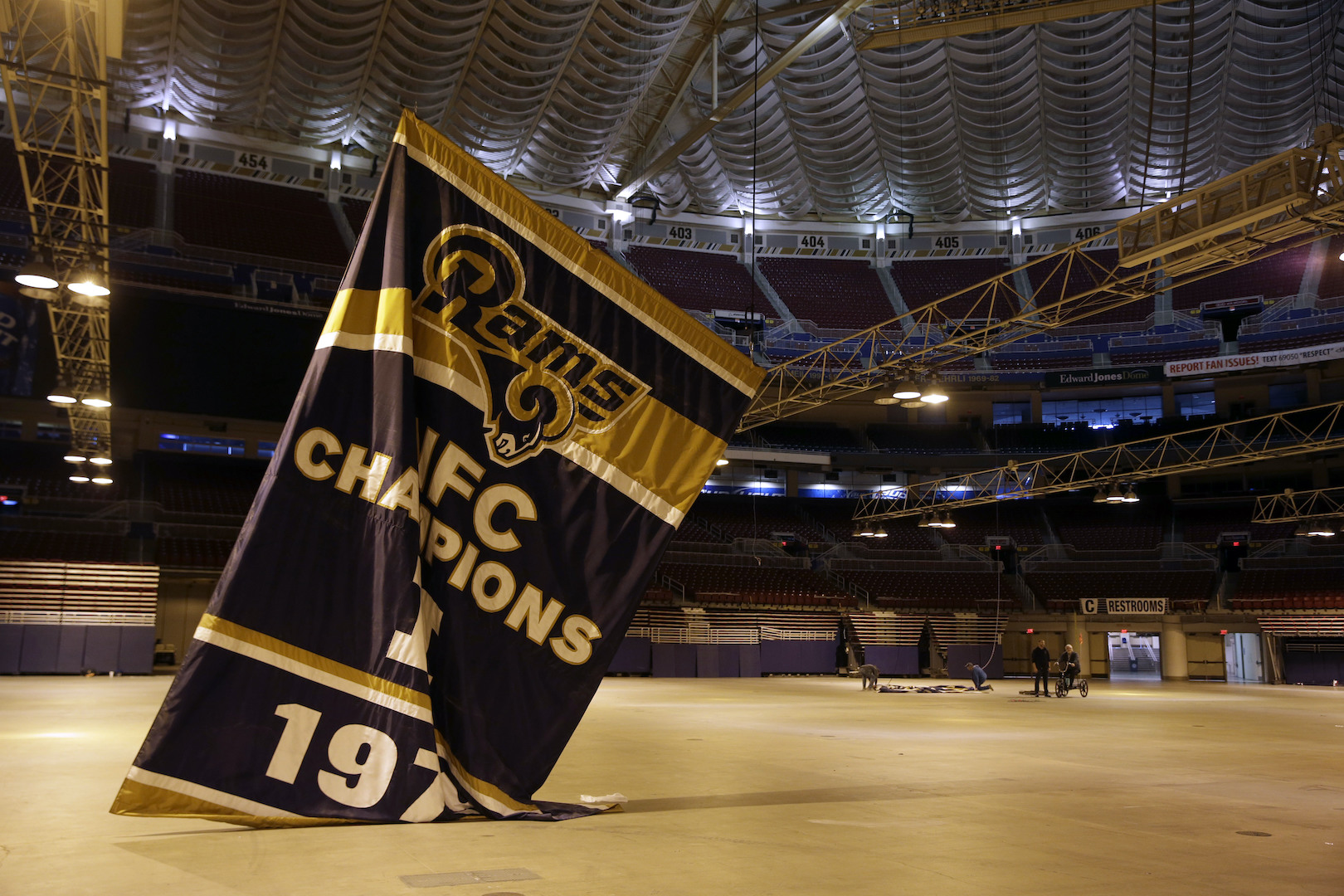 
The 2021 NFL season has already been crazy enough, but things can get even crazier in the coming years. Rumors of expansion franchises is heating up, with even some talk of the NFL potentially expanding to 40 teams at some point.

Whatever happens with the number of franchises in the league, an expansion to an 18-game regular season schedule is a lock to happen down the line. This season’s jump to 17 games featured the first expansion since 1978, and additional games are on the horizon. Adding more franchises could make the schedule formula add up a little easier.

On his Let’s Go! podcast with Jim Gray, Tom Brady condemned the addition of a 17th regular season game, calling it “pointless” and a “terrible decision”. He’s certainly not alone in being against the additional game on the schedule.

However, times are changing. 18 games will happen at some point, and additional NFL franchises probably come with that. Brady said there was nothing wrong with the 16 games, which it’s difficult to disagree with given its symmetry with the 32 NFL teams and with how the schedule used to work in terms of opponents each season.

Among the potential landing spots for the next NFL franchise, St. Louis must be near the top of the list. The city had the Rams taken away in a move many in the area were understandably very angry, frustrated, and heartbroken about. The people in the region are not fans of Rams owner Stan Kroenke.

St. Louis has shown that they have among the best sports fans in America over the years. Major League Baseball’s St. Louis Cardinals boast one of the best fanbases in baseball. And the recent Stanley Cup run by the St. Louis Blues in the NHL was another reminder of the city having stellar fans. Despite the unhappiness with the Rams moving away, the NFL would not have trouble garnering interest with a new St. Louis expansion team.

So, St. Louis is arguably the best spot for an NFL expansion franchise, but there are many other possibilities if the league adds up to eight more franchises. London is an obvious one and might even host two teams like Los Angeles and New York do. Areas like the Dakotas and Alabama have awesome football fans and could probably have pro teams work there. And there are other international cities like Mexico City and Toronto are worthy of consideration. Even Germany is a place that’s rabid about the NFL.

Overall, an 18-game season could be coming soon. And with it, a new franchise (or several of them) could be on the way. St. Louis and London are the obvious spots for expansion franchises.

The world, including the NFL, took a financial hit due to COVID-19. That could be remedied to some extent by adding more games and more teams to the schedule.