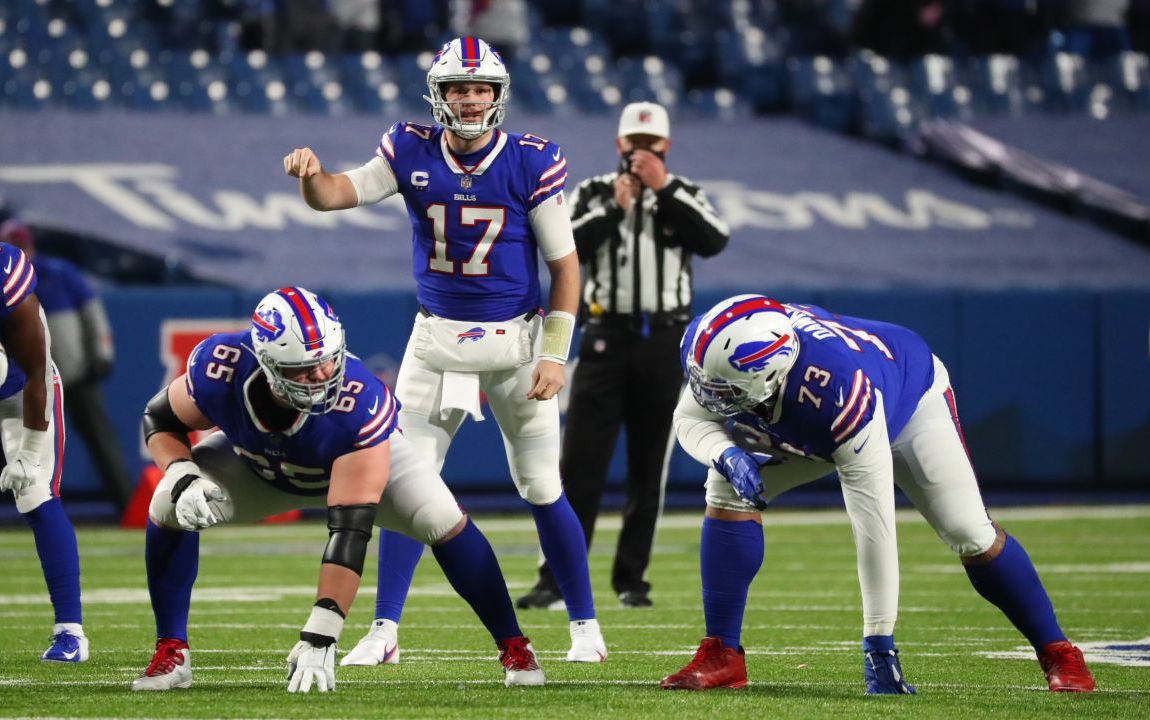 Whether or not the snow stops falling by kickoff, Buccaneers-Packers will take place at wintry Lambeau Field with a chance to go to Super Bowl LV on the line—but I’m not sure we can expect the usual northern advantage with the Florida-based underdogs coming to town. Remember, Tom Brady was essentially the NFL’s version of the Night King for two decades in New England, and despite him joking that his blood has thinned some with a new team, there isn’t a quarterback I’d take over TB12 in the elements. It also helps that the Bucs are mentally strong on both sides of the ball, and the roster is built to win in the cold with a stingy run defense and bullies like Ryan Jensen on the offensive line; if everyone holds onto the ball (particularly Ronald Jones II and Leonard Fournette at running back), the weather shouldn’t be a negative for Tampa Bay this weekend.

In the first meeting between these teams back in Week 6, Aaron Rodgers was sacked four times, tossed two interceptions, and didn’t have a touchdown for the only time this season, and being without All-Pro left tackle David Bakhtiari won’t make redemption any easier. Overall, Green Bay is a better team than they were in 2019, but it should at least be noted that they were destroyed last year by San Francisco in the regular season, 37-8, and then were run all over in the NFC Championship Game—a 37-20 defeat that wasn’t even as close as the final score suggests (it was 34-7 entering the fourth quarter). To avoid another disappointment, it’s important that the usually fast-starting Packers get some early momentum and can stay balanced on offense, especially since the young corners should be ready for Davante Adams based on their outing versus Michael Thomas. If there are early struggles, though, Green Bay can’t get demoralized, which seemed to happen when Rodgers threw his first pick of the year in the aforementioned blowout loss to the Bucs.

For the Tampa Bay offense, Tyler Johnson and Scotty Miller were able to step up last week and have all year, but the hopeful presence of Antonio Brown (knee) is significant, as cornerback depth behind Jaire Alexander is a notable weakness of Mike Pettine’s defense, and AB’s ability to win at all three levels takes the pressure off everyone else, including his quarterback. That said, Brady has more than enough weapons either way, and really the only way to stop him (as has been the case throughout his career) is by getting to him in the pocket—but having Rob Gronkowski on the field as another blocker is an underrated factor to neutralize Za’Darius Smith and Preston Smith off the edge. Rodgers is going to come out with the chip on his shoulder that’s he’s carried with him since entering the league, but the same is always true of the former No. 199 overall pick. I’ve never picked against Brady in January, and I’m not about to start now in perhaps the best quarterback matchup of all-time.

The Bills Mafia bandwagon is the hottest ticket in town these days, but Wolf Sports has been driving since Josh Allen was drafted, and if it were up to me, the books would have been closed a long time ago. Much of it is now deleted, but go look at some of the negative things (often bordering on personal attacks) that were said and/or written about Allen in 2018, 2019, and even some parts of 2020; now, he’s heading into the AFC Championship Game with 50 total touchdowns this year (including playoffs)—not bad for a “low-probability prospect.” However, for as great as Allen, Stefon Diggs, offensive coordinator Brian Daboll, and everyone associated with the Year 3 emergence have been, it would be putting a lot on the quarterback’s shoulders by asking him to outscore the Chiefs by throwing the ball on nearly every play like the first half last week. We’ll see if Devin Singletary handling four touches to open the second half on Buffalo’s lone touchdown drive against the Ravens leads to Daboll calling at least a couple of early runs so it doesn’t feel like Allen has to do everything.

As everyone knows by now, the Bills lost to the Chiefs earlier this season, but that was during a stretch where a) Allen was banged-up with a shoulder injury, and b) the team had to deal with schedule shuffling due to COVID-19 (the game was on a Monday evening after playing the Titans the previous Tuesday night). Still, the score was 23-17 with 6:34 to go in the fourth quarter before Kansas City sealed it with a late field goal, and having already seen the speed of Andy Reid’s offense is something that will undoubtedly help Sean McDermott’s defense in the rematch. With the full expectation that Patrick Mahomes (concussion/toe) will play, I think Buffalo will use a lot of seven- and eight-man coverages to simply crowd the secondary and try to eliminate chunk plays. Another difference between the October matchup and now is the defense—which held Mark Andrews to four receptions for 28 scoreless yards on 11 targets last week—having Matt Milano back to cover Travis Kelce (5/65/2 in the first meeting). I doubt both Kelce and Tyreek Hill are contained for 60 minutes, but Sunday could be the time for Clyde Edwards-Helaire to be unleashed as a pass-catcher if active.

In general, tackling will be key to limit the underneath throws to Edwards-Helaire, Hill, and Mecole Hardman (season-high 69% snaps played last week), as all it might take is a couple of short passes for the Chiefs to change field position or get into field-goal range. The Bills have tremendous playmakers of their own, but the margin for error is probably smaller because Allen operates a more methodical offense, so everyone needs to be on point; and for both sides, defenders being on their toes to capitalize on a potential tip or overthrow could be the difference in a projected shootout. As stated last week, basically no one has gotten into a duel with Mahomes and lived to tell about it, but Kansas City has an attackable cornerback group for Buffalo’s collection of wideouts, while Tre’Davious White and his teammates on the backend have continually proven to be clutch players in big moments. Allen will have to stay hot to pull off the road upset, but he’ll have support… because “no one circles the wagons like the Buffalo Bills.”