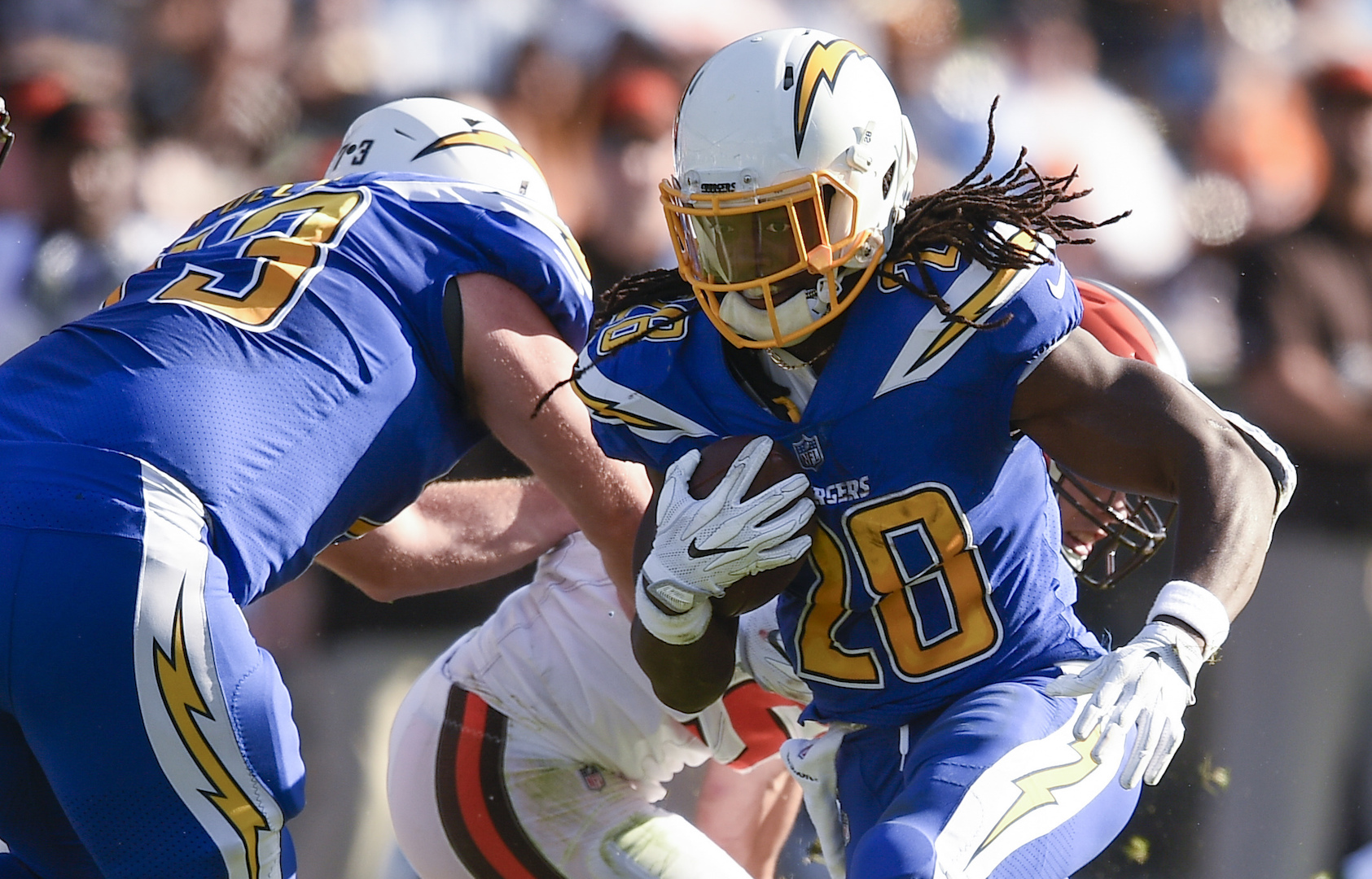 
Fantasy football draft season will be in full swing in a few weeks, so you’ll be hearing a ton of narratives and falsehoods about certain players as it pertains to their real-life ability. Some people have trouble separating fantasy production or statistical output to actual ability on the football field, which sometimes lead to some unfair comments about players. These are the players that I believe get too much disrespect, particularly inside fantasy circles.

Sammy Watkins is immediately the first player that comes to mind for players that get harsh criticism from people that just look at the numbers and not the film. Watkins has only had 1,000 yards receiving once in four seasons, so he must be a bad player, right? Wrong. Watkins was an integral part of the league’s number one scoring offense last season, averaging 15.2 yards per reception and leading the team with eight receiving touchdowns as a premiere red-zone threat. He played his role, and there’s a reason the Chiefs paid him big money in the offseason. Watkins has had at least 15.0 yards per reception in each of his four seasons, including a career-high 17.5 yards per reception when he was most heavily featured in 2015. The 25-year-old has an all-around game is one of the most talented receivers in the NFL.

For a lot of these players, the narrative is not only fantasy-football-based. A lot of analysts don’t believe Christian McCaffrey can run between the tackles and instead see him as purely a receiving back, but that’s far from the truth. The Panthers might have other plans to prevent it from happening in 2018, but the former Stanford star has the toughness, patience, vision, and underrated strength to run between the tackles. McCaffrey’s overall stature might be on the small side for an NFL running back, but he’s bigger than people think.

I believe the Melvin Gordon criticism is pure ignorance or laziness. The Chargers Pro Bowl running back has been under 4.0 yards per carry in each of his first three NFL seasons, so people immediately look at that and claim he’s a “bad” player. However, Los Angeles’ offensive line has dealt with injuries, and there have been many occasions where Gordon is hit in the backfield; sometimes, even with Philip Rivers at quarterback, the Chargers might be too predictable with their runs, which also hurts. The last two seasons, Gordon has been very productive as a receiver out of the backfield, and he’s had a knack for finding the end zone, with 12 touchdowns in each of the last two seasons. Gordon is one of the better backs in football in my opinion, regardless of his yards per carry.

Derek Carr is in a similar situation to Melvin Gordon in that people point to one number—in this case, yards per attempt—to bolster a claim that he’s not a good quarterback. Carr didn’t play great last season, but he was coming off a broken leg then suffered a serious back injury—but toughed it out and played through it; also, the offensive line was not as good as the season before, and his targets (including Amari Cooper) curiously took a step back, too. Carr’s fantasy ranking in most places, which is near the bottom of the NFL’s 32 starting signal-callers, indicates how fantasy analysts feel about him as a player.

This one is simple. Because Julio Jones doesn’t score a ton of touchdowns, many claim the All-Pro receiver doesn’t know how to get the ball in the end zone. But the reason Jones hasn’t scored as many touchdowns as the other top receivers in the league is that he draws so much attention in the red zone. Getting double-teamed is a sign of respect, not a knock on Jones’ game; and it allows other players on Atlanta’s offense to do damage—like running backs Devonta Freeman and Tevin Coleman, who have combined for 40 touchdowns the last two seasons.

Whether it’s been supporting cast issues or injuries, Sam Bradford has never been a consistent fantasy option at quarterback. But that doesn’t mean he’s a bad player. If you talk to people around the NFL, they’ll tell you a healthy Bradford is one of the best passers in the league. He looked well on his way to becoming a top-ten fantasy option when he lit up the Saints in Week 1 last season, but injuries ruined that—so the narrative remains that someone that’s never had a productive fantasy season isn’t good in real life.