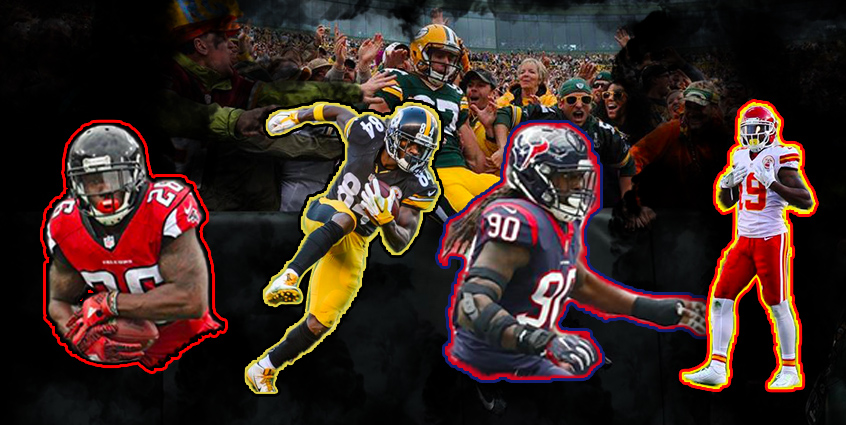 
We're here—the NFL playoffs. Back in the fall, I picked New England over Minnesota in the Super Bowl. Obviously Minnesota won't be coming out of the NFC this season in a wide-open field. Meanwhile, the AFC seems a little more top heavy. Here is how I believe the playoffs might shake out.

The Texans are 7-1 at home in NRG Stadium, but the Raiders are 6-2 on the road. Oakland is obviously without their starting quarterback, Derek Carr, but they’re 12-4 for a reason and Connor Cook—the first quarterback in the Super Bowl era to make his first career start in the playoffs—won a lot of games at Michigan State. I think this will be a close game, but I like the Raiders to move on.

A broken leg for Earl Thomas really put a dent in Seattle’s Super Bowl chances, but they’re still the number three seed in the NFC, so they play their wild card game at home. Like Houston, Seattle is 7-1 at home this season. If the game were in Detroit it might be a different story, but it’s hard to see the Lions going into CenturyLink Field and taking down the Seahawks.

Jay Ajayi ran for 204 rushing yards against the Steelers in his Week 6 coming out party. The Dolphins are likely going to have to ride “J-Train” again to keep Pittsburgh off the field. In the end, I see Pittsburgh having too much fire power and getting the win in Heinz Field.

Eli Manning has a history of beating the Packers in Lambeau in the playoffs. The Giants beat the 13-3 Packers in Lambeau in 2008, then the 15-1 (!) Packers in 2011. I don’t see that happening this time. Green Bay will not take anything for granted against the Giants in Lambeau. Despite the Giants defense playing great, Aaron Rodgers is just too much for them and outscores a Giants offense that has struggled all season.

The officials helped Seattle get a win in CenturyLink Field earlier this season, with Julio Jones undoubtedly getting interfered with on what would have put Atlanta in range for a game-winning field goal. The Falcons offense (33.8 points per game this season, most in the NFL) won’t be able to be grounded by a Seahawks defense that is missing Earl Thomas.

It would be something if former Michigan State quarterback, Connor Cook, went into Foxborough to beat Michigan man, Tom Brady, and the Patriots. It is hard to see it happening. Bill Belichick shuts down rookie quarterbacks, and I don’t believe the Raiders would win the game even with Derek Carr.

This would be a good one. Andy Reid off a bye versus the trio of Roethlisberger, Bell, and Brown. The Chiefs offense is legit, though, scoring only ten less points than the Steelers this season. Star pass rusher Justin Houston should be good to go for the game and will be a difference maker.

Dallas has obviously been amongst the best teams all season long, with their only three losses coming to the Giants twice and the Eagles in Week 17 when the Cowboys rested their starters for much of the game. The Cowboys will try to control the clock, but it’ll be hard to stop the red-hot Packers offense. Aaron Rodgers and the Pack get the upset victory over Cowboys.

One word: shootout. Matty Ice and the Falcons high-flying offense versus Aaron Rodgers and the Packers would be must-watch television. They matched up earlier this season and the Falcons won on a last-minute touchdown pass from Matt Ryan to Mohamed Sanu. This might be another case of whoever gets the ball last wins, but I like the Falcons to win at home.

I believe these are the clear top two teams in the AFC. After getting to five NFC Championship appearances with the Eagles, this would be Andy Reid’s first with the Chiefs. This would be Bill Belichick and Tom Brady’s 11th conference championship—crazy. I belive this would be New England’s toughest test in the AFC—and maybe the NFL—but I like them to get it done.

A matchup between New England and Atlanta would be the number one scoring defense versus the number one scoring offense. Atlanta has outscored everyone all season long, with 71 more points than the next closest team in the regular season, and “Matty Ice” would really get a chance to live up to his nickname in the big game. I think Matt Ryan will play great, but in the end the Patriots defense and Tom Brady get it done—Belichick and Brady hoist their fifth Lombardi Trophy.