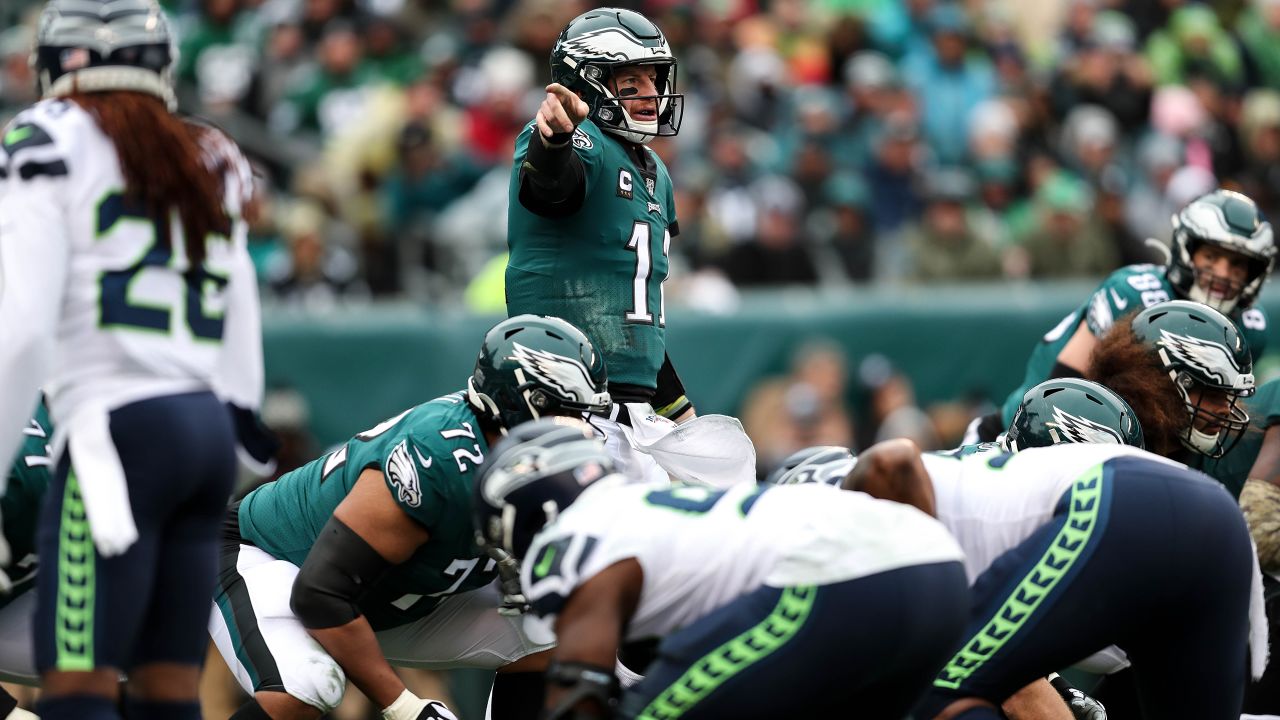 It doesn’t seem like the Bills—seeking their first playoff win since 1995—are being taken seriously as a contender in the AFC, but all the pieces are there to make a run, and there is a decent chance their potential path to the Super Bowl would be against three teams they have already played tough over the past two seasons (Houston, Baltimore, and New England). Importantly, Josh Allen has been at his best in the biggest spots, so there is no reason to believe the lights will be too bright for a Buffalo squad that’s already picked up impressive road wins against the Cowboys on Thanksgiving and the Steelers on Sunday Night Football this season. I think we will see a heavy dose of rookie runner Devin Singletary on Saturday, but Allen may also be unleashed on designed runs, and John Brown could prove to be a difficult cover on the perimeter for a Houston secondary that has allowed a 100-yard receiver in each of the past five games.

The test for the Texans will be just as challenging on the other side of the ball, as Will Fuller (groin) and Kenny Stills (knee) are both banged up, which puts more pressure on DeAndre Hopkins in a battle against superstar cornerback Tre’Davious White—who should have some added motivation after Hopkins posted (and deleted) a picture of him catching a pass on White with the caption “2020 mood.” I’m not sure what good a thing like that does, but Hopkins better show up this postseason based on how things went last January when he was eliminated by Pierre Desir and the Colts in a 21-7 loss. Furthermore, while Deshaun Watson has come through in the clutch before, I just don’t have a great all-around feeling about Houston as they are currently constructed, and J.J. Watt’s incredible return from a torn pectoral suffered at the end of October might not be enough for the Texans to finally get over their postseason struggles.

Believe it or not, the quarterback besides Peyton Manning with the most career wins against Tom Brady is none other than Ryan Tannehill, who owns a 4-6 record versus New England. Now, this will be the first matchup since Tannehill joined the Titans (and his previous success had quite a bit to do with the Patriots not playing well in Miami), but it’s notable nonetheless, and Tennessee’s entire team should have the confidence to pull off an upset on Saturday night. In particular, the high-end talent at running back (Derrick Henry) and wide receiver (A.J. Brown) creates a dilemma for Bill Belichick’s defense, and they need to hope Stephon Gilmore’s confidence isn’t shaken at all coming off perhaps his worst performance of the season. If the rookie wideout gets single coverage, he has the ability to beat anyone in the league, so I think Tennessee will try establishing the run with Henry to set up intermediate/deep throws for Brown.

The game plan should be fairly similar when New England has the ball, as Josh McDaniels’ offense will run through Sony Michel and the backs, with most of the important passes going in Julian Edelman’s direction. I doubt it happens, but I believe the Titans should strongly consider consistent bracket coverage on Edelman to make the combination of Mohamed Sanu, N’Keal Harry, Phillip Dorsett, and Jakobi Meyers—a group that has combined for 493 yards and three touchdowns in seven games since the bye—try to beat them. Mike Vrabel may have some tricks up his sleeve for the team he won three rings with as a player (perhaps 2017 playoff hero Marcus Mariota will see the field again following a Week 17 cameo), but the Patriots are very difficult to beat at home in January, and I’m not sure the Tennessee pass rush will be able to generate enough pressure to make Brady uncomfortable in the pocket.

The Saints aren’t able to blame officiating or the league for the Minneapolis Miracle two years ago, but I would still expect Sean Payton to use the loss as motivation for his guys, and Vikings-Saints appears to be the most likely matchup to be a blowout in the Wild Card Round. Although the games didn’t matter much over the final two weeks, Minnesota essentially limped to the finish line to close out the regular season, and at the same time, New Orleans scored 38+ points in back-to-back road wins. The key matchup to watch on Sunday will be Xavier Rhodes trying to contain Michael Thomas, as the former All-Pro cornerback has really struggled in 2019, but he’s had the upper hand versus the NFL’s reception leader in the past (2-0 record head-to-head), and resting last week could have the 29-year-old refreshed for the playoffs. Plus, unlike most teams that simply allow Thomas to roam free in single coverage before Drew Brees delivers a dart between the numbers, the Mike Zimmer will make sure he is always accounted for.

The bigger concern I have for the Vikings is actually on offense, as the Saints getting backfield penetration to stop Dalvin Cook will put a lot on Kirk Cousins’ shoulders, and he doesn’t seem to have the firepower needed to keep up with Brees if Adam Thielen (hamstring) remains a shell of himself at less than 100%. Maybe the issues cornerback Janoris Jenkins has had defending size will lead to Laquon Treadwell (20.4 yards per reception) getting a shot to make some plays after he flashed at the start of December, but Minnesota doesn’t strike me as a team that will alter the game plan much. Either way, it’s important for the Vikings to jump out to an early lead to neutralize the crowd in an intimidating environment. I hope I’m wrong and we see a down-to-the-wire finish, but in a “normal” year, New Orleans would be the No. 1 or No. 2 seed, and there could be more questions than answers for Minnesota by Sunday evening depending on the outcome of this game.

Including a 17-9 loss in November, the Eagles have faced the Seahawks three times since Doug Pederson was hired in 2016, and they have lost all three games by a combined point differential of -33. Even the one-possession loss this year—at Lincoln Financial Field—was never really in question, as Philadelphia scored their lone touchdown with 23 seconds to play, and Carson Wentz turned it over four times in a rock-bottom performance. However, the tide has turned since then for Pederson’s offense, and Wentz’s 10:1 touchdown-interception ratio in December has been sparked by young weapons like Miles Sanders, Greg Ward, and Dallas Goedert stepping up. The pure talent obviously doesn’t match what the Eagles had with Alshon Jeffery, DeSean Jackson, Nelson Agholor, and Jordan Howard (who is now back) all on the field, but in a weird way, Wentz being “the guy” has seemed to unlock at least a piece of the 2017 version, so Philly will count on his recent play continuing this weekend.

Most of the injury talk entering the weekend is centered around the players missing for the Eagles, but Seattle has arguably been hit even harder by impact injuries (Chris Carson, Rashaad Penny, and Mychal Kendricks, just to name a few), and the magic of Russell Wilson will only take them so far. I know they almost beat the top-seeded 49ers on the road to close out the regular season, but the Seahawks went 1-3 over their final four games, and their lone victory came against a Carolina team that went 0-8 in the second half. Even though both Marshawn Lynch and Travis Homer looked good last week, Philadelphia will be very stout defending the run, so Seattle’s lone advantage on offense might be D.K. Metcalf’s size/speed on the perimeter with Tyler Lockett taking attention away all over the formation. I’m expecting a low-scoring slugfest, but that’s how the Eagles have won in previous years to spark a postseason run, and being at home is the difference.