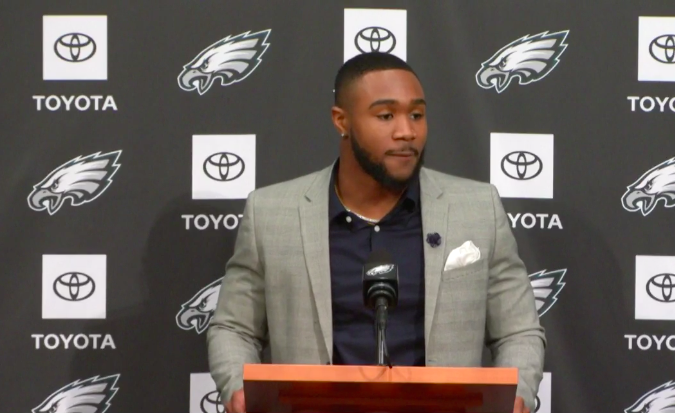 NFL Rookie Matchups To Watch Each Week Of The 2019 Season


We will get rookie matchups every week of the NFL season, but which ones should you be watching in particular? I’ve gone through all 17 weeks to highlight the matchups to watch closely this year.

This is an easy choice to start, as Savage and Montgomery were both the first pick of historic NFL franchises, and we’ll see them on the field together for the Kickoff Game of the league’s 100th season. Green Bay’s first-rounder is a heat-seeking missile at safety, so it will be fun to watch him track down Montgomery.

The Titans signed Adam Humphries to a four-year, $36-million deal in free agency to man the slot, which means Brown is going to mostly be outside—setting him up for an early matchup with Ya-Sin. This could turn into a fun divisional rivalry between two guys with similar build and athleticism.

It’s unclear where Williams will be playing on Cincinnati’s offensive line, but whether it’s tackle or guard, there’s a good chance he will get at least some snaps against Oliver (who some teams apparently viewed as a linebacker).

Arizona should try to find a way to keep Murphy (4.55 40-yard dash) off Metcalf (4.33), but Patrick Peterson will probably be tasked with covering Tyler Lockett, which potentially sets up a couple second-rounders for an early faceoff.

Florida versus Florida State should be a good battle in Week 5, as Taylor will be tested in pass protection against the violent and athletic Burns. Another matchup to watch in this game is Josh Allen against Greg Little.

We won’t know how the Patriots decide to utilize Harry until the season begins, but Julian Edelman will obviously be in the slot, so New England’s first-round pick could see plenty of Baker—who said he wants to cover the opponent’s No. 1 receiver every week.

Sanders could emerge as Philly’s feature back by Week 7, and this sets up as a pivotal matchup in the NFC East. Dallas is expecting big things out Hill after taking him with the No. 58 overall pick.

The Texans will hope first-round pick Tytus Howard has adjusted to the NFL game by this point, but if not, Ferrell will hope to make a statement by getting to Deshaun Watson at least once.

Sign me up for the top two picks in the 2019 NFL Draft facing off on Halloween Night. Will this be the beginning of Bosa haunting the Cardinals for a decade after drafting Murray over him?

Henderson might not get many touches if Todd Gurley (knee) is healthy and handling the bulk of the work, but he and Bush would be pure speed against pure speed.

There seems to be a good chance of Dillard still being on the bench barring a Jason Peters injury (or a surprising kick inside to guard), but if not, he will see plenty of Winovich off the edge, which would be a great test for both players.

Hopefully the Raiders and Jets are still in serious playoff contention this late in the season to provide a boost to the matchup, but either way, it will be exciting to see a couple Alabama teammates go head to head.

I wanted to get a Thanksgiving game in for Week 13, but Sweat against Little looks like the best matchup on the slate, especially since they have experience facing one another in college.

It would be very surprising if Williams was tasked with defending Hardman all game, but if Stephon Gilmore is on Sammy Watkins most of the time, New England’s big cornerback could be tested vertically if he’s not tasked with taking away Travis Kelce.

The Vikings and Chargers will both look to be serious Super Bowl contenders at this point in the season, and play in the trenches will likely determine how far they can go. Bradbury’s toughness will be a good challenge for Tillery on the interior.

I don’t know whether Allen will be listed as a defensive end or linebacker, but I do know he will be getting after the quarterback on passing downs, so McGary needs to be sure Matt Ryan is kept clean against a ferocious defensive line.

The final week of the season will be great because a number of matchups could turn into a ten-year rivalry between players in the same division, and that includes Layne facing “Hollywood” for what could be a game that determines the AFC North champion.