Home / frontnfl / NFL Rookies To Watch For The 2018 Season 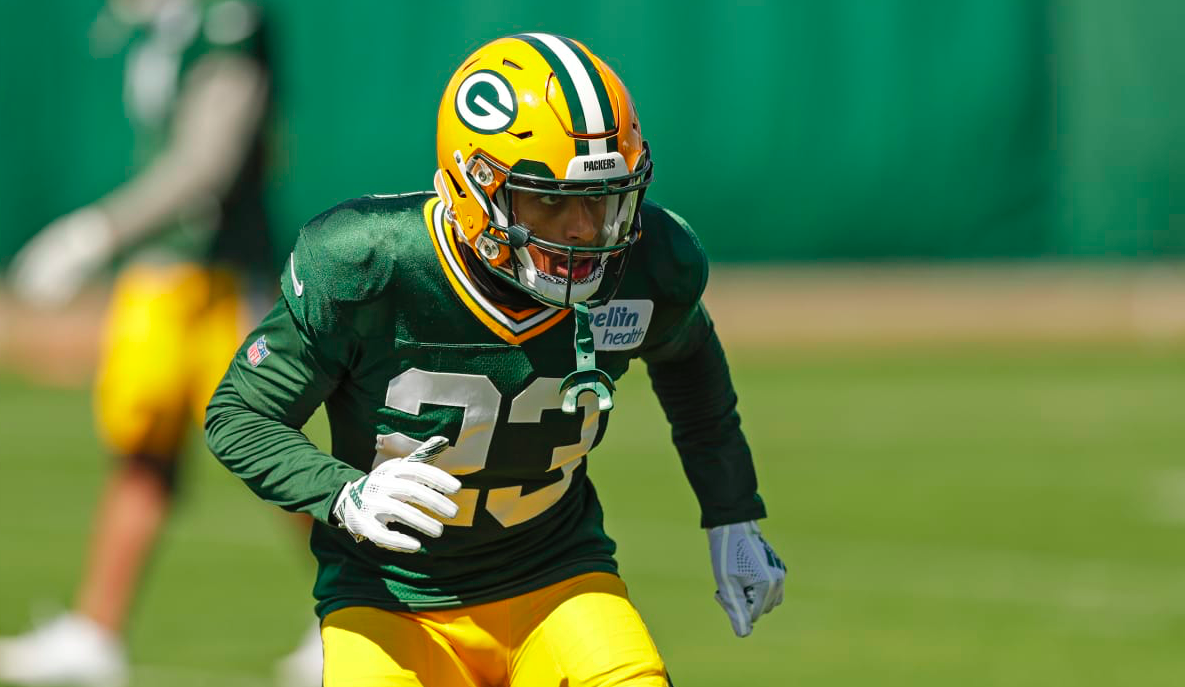 NFL Rookies To Watch For The 2018 Season


We are months removed from the 2018 NFL Draft, and some rookies will turn into stars this fall/winter. There are several players I was higher on than anyone throughout the pre-draft process, but here are the nine Day 1 prospects in particular that I’m excited to watch starting this Sunday. To compare to the consensus, I’ve also listed the rankings for NFL Network’s Mike Mayock, Daniel Jeremiah, Gil Brandt, and Lance Zuerlein because, quite frankly, I’m not sure how much most of the analysts from other sites even watch of the prospects before criticizing them, and I’m not paying for ESPN+ to see Mel Kiper Jr. or Todd McShay’s rankings. [Note: Daniel Jeremiah has three players unranked because he only does a top-50 article]

For what it’s worth, Mel Kiper Jr. was also very high on Josh Allen, but Mayock and Brandt are the only two credible evaluators with unlocked rankings that had the Wyoming gunslinger in the top ten. While he didn’t win the starting job, Allen showed enough flashes in preseason action to at least slowly begin shifting the narrative about him not being accurate, which was very clearly brought upon by people that didn’t even watch him play in college. It would be a great story if Nathan Peterman plays well enough to keep the starting job in Buffalo all year, but I think Allen will enter the lineup by October and could take the league by storm as a dual-threat, new-age quarterback with perhaps the strongest arm in NFL history.

There are obviously some big differences (including the next few guys), but I found that, overall, my rankings lined up pretty closely with Mike Mayock’s. We both had Jaire Alexander as the top corner in the draft ahead of Denzel Ward, and injuries were the only thing holding the Louisville product back from being a no-doubt top-15 selection in April’s draft. Not only can Alexander erase receivers on the outside or in the slot, but he can also turn defense into offense and make an impact in the return game. The rookie could make a big impact as soon as this Sunday night against the Bears.

Kirk was arguably the steal of the 2018 NFL Draft by the Cardinals at No. 47 overall, as I thought Arizona would have been fortunate to get him at No. 15 overall (they ended up trading up for Josh Rosen). A do-it-all receiver at Texas A&M, Kirk is fast, tough, and a tremendous route-runner, and he will get to learn from one of the best to ever do it in Larry Fitzgerald, which is a tremendous boost for his career outlook. We could see the second-round pick play outside in 2018 before taking over as a dangerous option out of the slot when Fitz retires, and he should get plenty of opportunities to make plays with Sam Bradford orchestrating the offense.

I think too many people knocked Mike Gesicki as a prospect based on his ineffectiveness as a blocker at Penn State. Of course, teams would love for their starting tight end to be able to move people in the running game, but it’s just not as important as it used to be at the position. More importantly, Gesicki—who I think was the best contested-catch receiver in the draft—doesn’t lack an edge when going over the middle and leaping for a pass with bodies around him. He has immediate double-digit touchdown potential under Adam Gase.

Simply as a football fan, I would have loved for Kerryon Johnson to be drafted by Jay Gruden and the Redskins as their featured back, which would have happened if the Lions didn’t trade up for him. In Washington, the rookie would’ve been a bellcow back behind one of the best offensive lines in the league, but Detroit looks like they want to employ a four-way backfield committee. Still, it might be difficult to keep Johnson off the field if he lives up to the Le’Veon Bell and David Johnson comparisons I had for him.

I guess you can say Green Bay had a pretty good draft in my opinion with two top-20 prospects, especially since both were at their weakest position from a year ago. Josh Jackson already showed his playmaking ability in the preseason with a pick-six, and he also had another that was called back due to a penalty. Overall, Jackson allowed just two receptions for 14 yards on nine targets last month, according to Pro Football Focus. He and teammate Jaire Alexander could be the NFL’s next great cornerback duo, as it should only be a matter of time before the former Iowa star kicks Kevin King out of the starting lineup.

20 years ago, Nick Chubb probably would have been an early first-round pick as a dominant old-school runner in a compact frame, but he absolutely could turn into a stud in today’s NFL, too. Chubb’s power, acceleration, and vision was on display in the preseason behind both the first- and second-team offensive line, so he could get a handful of touches behind Carlos Hyde to start his career with room to expand his role. Plus, if Hyde (who has struggled with durability since entering the league) ever misses time, Chubb will have the between-the-tackles touches to himself.

Besides Brandt, the NFL Network evaluators were all higher than most on Lorenzo Carter, but I think it was still too low. Carter will be relied upon early as New York’s top threat at outside linebacker with Olivier Vernon nursing an ankle injury, and the rookie will need to hold his own on the edge against the run with Jacksonville coming to town for his NFL debut. I expect Carter, who is a legitimate Rookie of the Year candidate, to be up for the challenge this weekend and all season.

Practice is practice, but I was mad at myself for not having Miller higher than I did when there were reports coming out of Chicago seemingly every day about how good he looked over the summer. Besides me, though, the highest anyone was on Miller in the industry was No. 43 overall, so I felt a lot better about being “low” on him. The Memphis product—who I compared to Antonio Brown—should immediately be a dynamic weapon in the slot for Matt Nagy’s offense.