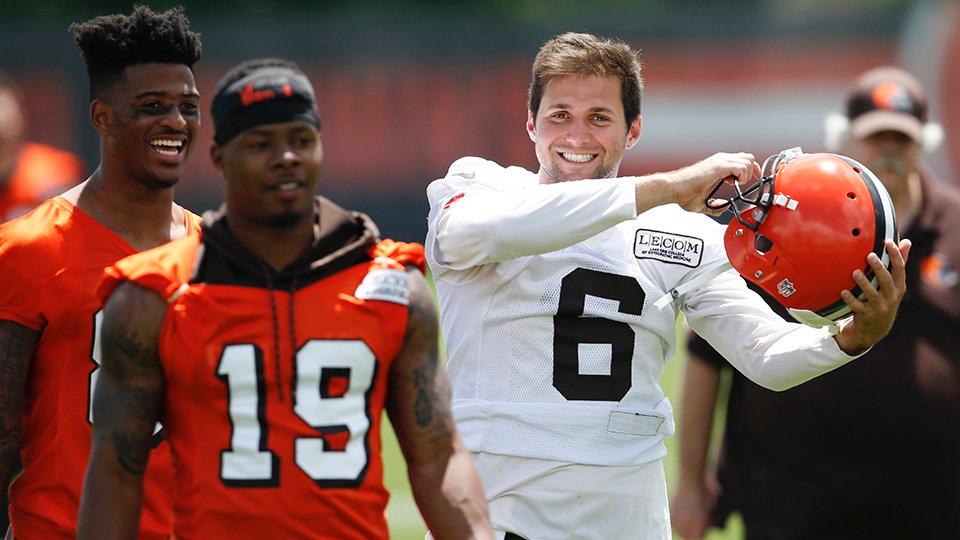 NFL Teams That Will Improve In 2017


Every year in the NFL, there are teams that emerge after a down season or take another step up after a good season. In 2016, the Cowboys were one example, following up a 4-12 season with a 13-3 season and the #1 seed in the NFC. The Falcons were another example after turning a .500 season in 2015 to a Super Bowl appearance in 2016. So, which non-playoff teams from last season will improve in 2017?

Bruce Arians' squad had a really disappointing season last year, but they still have all the makings of a contender. Carson Palmer needs to cut down on the mistakes, but the offense will be better if the skill position players are healthy. The defense, which was already second in the league in yards allowed, should also be better with the additions of Haason Reddick and Budda Baker. It’s an early prediction, but I think Arizona will win the NFC West this season.

Well, there is no where to go but up for the Browns, but this front office is absolutely headed in the right direction. Cleveland selected three high-upside, impact players in the first round of the NFL Draft with Myles Garrett, Jabrill Peppers, and David Njoku, and perhaps more importantly, they signed Kevin Zeitler and J.C. Tretter, as well as re-signed Joel Bitonio, on the offensive line. If Cody Kessler wins the starting job and plays as well as I expect him to, this team will surprise people.

I really thought the Jaguars would take a step up last season, but with Tom Coughlin establishing a new culture and having a great offseason (on-paper at least), this should really be the year the Jaguars emerge. Jacksonville was sixth-best in yards allowed last season, and all they did was get more talent with A.J. Bouye and Calais Campbell in free agency. Blake Bortles could still hold them back, but he was battling shoulder injuries in 2016, and did have 35 passing touchdowns in 2015.

Minnesota started hot with five wins in a row last season, but went 3-8 down the stretch. The collapse of the offensive line was the biggest season for their downfall, but there was a team in 2015 that also started 5-0 and went 3-8 the rest of the way, and they just had a 25-point lead in the Super Bowl. The Vikings will be a Super Bowl contender if their two new tackles are able to help the interior offensive lineman establish a running game and keep the pocket clean for Sam Bradford.

It looks like Philip Rivers is finally getting some much-needed help, as the Chargers drafted Mike Williams seventh overall and spend their next two picks on two solid guards. Gus Bradley coming on as defensive coordinator should give a boost to a young and talented defense, and hopefully the move to Los Angeles will somehow keep the team healthy, which they haven’t been in recent years. They are in a tough division, but having Rivers at quarterback gives them a chance in the AFC West.