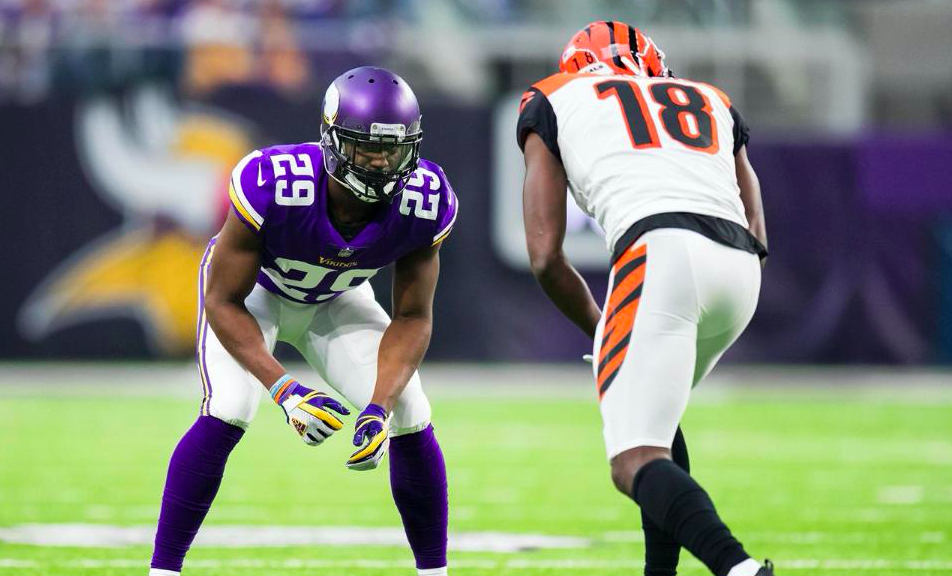 
The Top 100 Players of 2018 released numbers 60-51 last night, so half of this year’s list is set. For those who don’t know, the Top 100 show is done every year and is a ranking of the best players in the league as voted on by the players themselves. Unfortunately, the exercise always leads to glaring snubs, surprising admissions, and tons of guys ranked much lower or higher than they should be. Here are the most notable snubs (players left off or ranked too low) and surprises (players included or ranked too high) so far. [Note: these are my opinions, and everyone who did or didn’t make the list are at the top of their craft and deserve recognition]

People complained about former Vikings quarterback Case Keenum being ranked as high as #51 last night, but I think that’s fair for a signal-caller that was a legitimate MVP candidate in 2017. That said, Latavius Murray did a lot of the heavy lifting for Minnesota after Dalvin Cook’s season-ending injury, and there weren’t many running backs that put up better numbers than Latavius when he became the starter in Week 5. I think he should have been given the final spot at the position over Carlos Hyde.

Looking at the numbers (3,232 passing yards and a 13:15 touchdown-interception ratio), Marcus Mariota would appear to be a below-average quarterback, but that is far from the case. The dual-threat turned into a triple-threat in the playoffs against Kansas City during their comeback victory, and he made as many plays as he could all last season with an inconsistent receiving corps at his disposal and an offensive system that was less than friendly to work with. Two years ago, Mariota threw for 26 touchdowns and nine interceptions.

Besides simply looking at numbers, another problem with NFL players ranking their peers is that some of them get too caught up in what national media members or talking heads say—neither of which are a reliable source when it comes to evaluating talent. I don’t torture myself by watching, but I’d bet the only time shows like Undisputed or First Take talked about Tre’Davious White was when Rob Gronkowski gave him a concussion after a cheap shot. And it’s sad that he will probably go unappreciated in Buffalo for his entire career, but White is an elite, lockdown cornerback that should probably in the top 20.

Malcolm Jenkins (somehow ranked six spots lower than in 2017 after winning the SB) and Lane Johnson could also be considered snubs in the 90s, but Fletcher Cox is undervalued even more at #69. In the prime of his career, the dominant defensive tackle is arguably the best player on Philadelphia’s roster, and like White, he should probably be among the top 20 players in football. It’s doubly frustrating when you realize Cox dropped from #38 in 2017.

A tweet sent by Xavier Rhodes during the show last night says it all, as Minnesota’s superstar corner rightfully seems disrespected by his ranking. He will surely take the first-team All-Pro honor over a higher spot in the Top 100, but it must sting to have fellow competitors overlook his accomplishments, which includes routinely erasing top opponents (Julio Jones, A.J. Green, Mike Evans, and Michael Thomas last season alone).

Again, all these players are the best of the best, but Bruce Irvin being on the list and this high is very surprising to me. The aforementioned Malcolm Jenkins and Lane Johnson are probably more impactful even without considering Philly’s Super Bowl run, so I’m not sure why/how Irvin is ranked higher. He’s a solid player, but #85 is probably generous.

It always seems like Delanie Walker isn’t talked about enough, but he gets a favorable ranking here. However, he turns 34 in August and shouldn’t be ahead of players in their prime, including Melvin Ingram (76), Kevin Byard (80), David Bakhtiari (91), not to mention Johnson (95) and Jenkins (96). Maybe the new offense will prove me wrong, but Walker should be lower in my opinion.

This is somewhat of a pleasant surprise after I didn’t even think Micah Hyde would make the list, but now that he did, I think he’s too high considering the snubs, in particular his teammate Tre’Davious White. Hyde was definitely a steadying presence on the back end for the Bills, but White was a rookie that made game-winning plays in the fourth quarter on more than one occasion to get Buffalo into the postseason for the first time since 1999. I can’t help but wonder how close the players pay attention to the rest of the league.

And Aqib Talib is another example of players not paying close enough attention to offer up a fair evaluation for the entire landscape of NFL talent. The former Broncos cornerback has a reputation that exceeded his play in 2017, and it was enough to put him ahead of Rhodes, White, and Casey Hayward, whom also could be considered a snub at #59. Also, I think they need to make the voting criteria more clear—is it based on last season, the upcoming season, or a combination of both?

At times, it seems like the criteria is often a popularity contest. Jarvis Landry is a really solid option, but is he honestly a borderline top-50 player in the league? I think the reception totals combined with highlight plays and a big personality all push Landry higher than he should be. Would most people take him on their team over Stefon Diggs (65), Odell Beckham Jr. (77), or Michael Thomas (81)? I doubt it.