Home / frontnfl / NFL Top 100: Players That Could Have Made The List 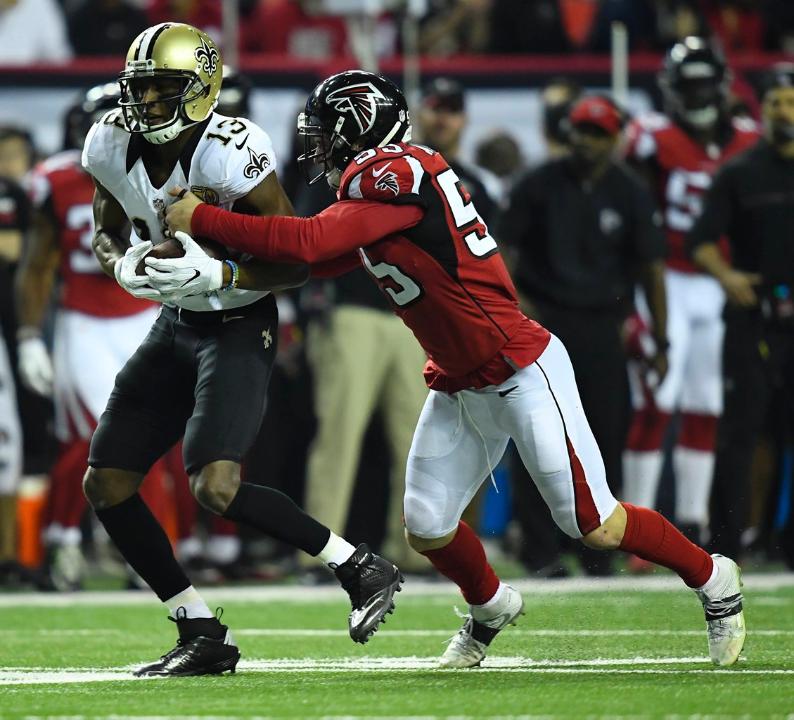 NFL Top 100: Players That Could Have Made The List


With over 1,500 players in the league, the NFL Top 100 accounts for about the top 5% of NFL players. The list, which is compiled only of player votes, finished up last night with Tom Brady being the first player to ever be named the number one player in the league twice (Brady was also named the league’s top player in the inaugural 2011 list).

While the players (along with the coaches) are the best people to evaluate and rank themselves, there are some flaws with the voting process. In 2013, ProFootballTalk reported that only 28.3% of active players actually voted for the list. That number might have gone up four years later, but it seems unlikely it would have gone up to even 50% since then. Perhaps even worse, players can vote starting in November (as of 2013, at least), according to PFT. Also, players rank only their top 20, which is clearly imperfect for a list of 100.

Anyway, the players, who are on the field competing with and against each other, are obviously qualified to rank accurately. But there is no debate the voting process has its issues, which has led to some players being snubbed from the list. Only 100 players can make it, so naturally a lot of awesome players will be left off, but these are the guys I believe have the most legitimate gripe.

The Bears rookie was the second-leading rusher in the NFL, behind only fellow rookie Ezekiel Elliott. Howard actually had more yards per carry (5.2) than Elliott (5.1); and while Howard’s offensive line with the Bears is good, he didn’t have the benefit of playing behind that Dallas offensive line.

In Weddle’s first season with the Ravens, he picked off four passes (his most since 2011) and was a leader for the defense. Many also thought Weddle was snubbed from the All-Pro team by the media.

With workhorse backs not as common as they used to be, Melvin Gordon was one of the best in the league last season. With an improved offensive line and more weapons on the outside, Gordon should be even better this season. This time next year, we’ll probably be shocked he was left off the list.

It looked like Gilmore had some miscommunication throughout last season with his fellow defensive backs, which might have led to his being off the list. He signed a huge contract with the best franchise in the NFL, so they obviously expect him to be a big contributor. It’d be unwise to count against him being a top 100 player this season.

After making the top 100 for two straight season, Jeremy Maclin was left off the list this year. A groin injury was the reason why, as Maclin had his worst season as a pro. If he can step into Baltimore and make big plays right away, he’ll show he should’ve been on the list.

He’s 35-years-old, but Andrew Whitworth is one of the best blindside protectors in the league. The Rams paid him to help protect their franchise quarterback. He’ll probably take the money over being voted to the list, even if he should have been.

After getting a huge contract for a center from the Falcons last offseason, Mack was a huge part of why Atlanta soared in 2016. He played on his broken leg in the Super Bowl—not much more needs to be said.

Going from one future Hall of Fame quarterback to another shouldn’t do much to hurt Cooks’ production. He’s one of the most dynamic players in the NFL and does a lot for an offense. While he hasn’t put up extraordinary numbers, Cooks can do it all and brings realiability along with his explosiveness.

Maybe playing with Drew Brees makes it so these receivers don’t get enough credit. Michael Thomas had a superb rookie season with the Saints, and he’s the clear number one with Brandin Cooks gone. I’d be shocked if he isn’t a top 100 player this season.

The anchor to one of the best offensive lines in the NFL didn’t quite get the recognition he deserves on the Top 100. When he’s opening up holes for Marshawn Lynch this season, people will be wondering why he was left off.

The Saints defense has struggled for a while now, but it can’t be faulted to Cameron Jordan. The Saints defensive end is a steady producer for New Orleans, and he’ll look to continue that in 2017.

Another Saint makes the list. Maybe this is what happens when your team struggles. Ingram had over 1,000 yards last season on just 205 attempts (he averaged 5.1 yards per carry, as much as Ezekiel Elliott). Perhaps the signing of Adrian Peterson made people wary of Ingram being a top player this season, but he’s shown he doesn’t need 300 carries to do damage over the course of a season.

One of the most coveted free agents of the offseason didn’t make the Top 100, but his paycheck says otherwise. Bouye came out of almost nowhere to be a difference-maker on the Texans’ number one defense in terms of yardage last season. He and Jalen Ramsey (who also could have made the list) will look to pair as a formidable cornerback duo in 2017.

Although he didn’t go over 1,000 yards last season (he had 997), Davante Adams was an excellent target for Aaron Rodgers. He scored 12 touchdowns and averaged 13.3 yards per reception. Adams was actually voted number 101, so he just missed the Top 100.