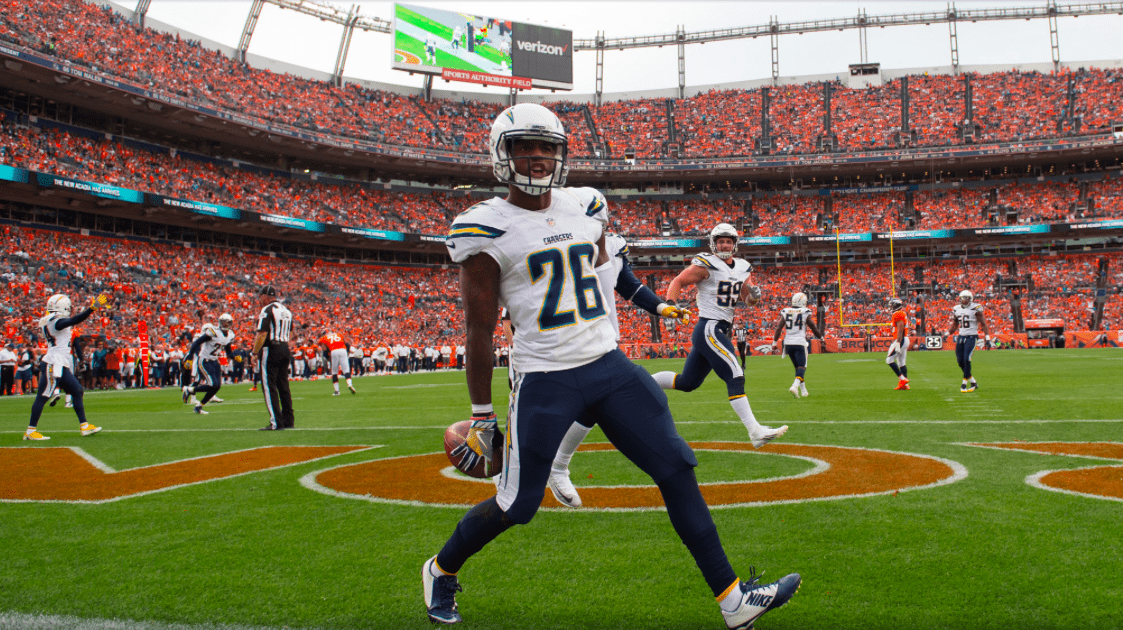 
The Top 100 Players of 2017 was the the seventh countdown of the top 100 players in the NFL as voted on by the players themselves. The show has aired every summer since 2011, and ended last night with Tom Brady becoming the first player to be voted twice as the best player in the NFL by his peers. Everyone has their own opinions, but here are some of the guys I feel were underrated for each show.

I would say the NFL is tougher on rookies, but Ezekiel Elliott was voted as the top running back, so that isn’t the case. Joey Bosa made a huge impact for the Chargers, recording 10.5 sacks after a long holdout and missing the first three games of the season. He doesn’t turn 22 until a couple more weeks, so at least Bosa should have plenty of chances to move up the list.

It couldn’t have been easy to go from the New England Patriots to… anywhere else, but Chandler Jones played just as well in the desert as he did in Foxborough. Having turned 27 in February, Jones is right in the prime of his prime, and could help the Cardinals enjoy a bounce back season if they can stay healthy on both sides of the ball.

Edelman makes clutch catch after clutch catch for the Pats in the biggest moments, and that alone should move him up the list. He only had three touchdowns in the regular season, which could be the reason he isn’t higher, but Edelman did have a career-high 1,106 yards in 2016.

This was a close one between cornerbacks Xavier Rhodes and Casey Hayward, but I went with Hayward. After spending his first four years in Green Bay, Hayward signed with the Chargers and had his best season yet, totaling seven interceptions and limiting some of the game’s top receivers.

Suh has seemingly flown under the radar since joining the Dolphins, but he has been just as good in Miami and he was in Detroit. Last season, the game-wrecker set a career-high in tackles, so Suh still has a lot left in the tank as he enters his age-30 season.

This one really baffled me, as Nelson came back from a torn ACL to lead the league with 14 receiving touchdowns and also had 97 catches for 1,257 yards in the regular season. Jordy showed great toughness, too, as he played through a broken rib in the playoffs. I don’t see how there are eight receivers better than him, but that’s how the players voted.

Despite J.J. Watt saying himself that “this list is a joke” for ranking him so favorably while playing just three games, it is the top players for 2017, so this is probably too conservative for arguably the NFL’s best defensive player. Watt is sure to climb back into the top ten if he is healthy this year.

The same is true for Rob Gronkowski, who is the choice here because it’s getting a little tough to pick the undervalued guys as we move higher and higher. Gronk is probably the best tight end ever, and put up insane numbers in limited action last season.

I just said it’s getting a little tough to pick guys, but this group could have been a few players. Drew Brees just led the league in passing yards (again), Aaron Donald could easily be in the top ten, David Johnson might be the best running back in the league, and Derek Carr was a legitimate MVP candidate last year. I went with Patrick Peterson, though, as he was a lockdown corner all season.

I honestly thought Matty Ice would be a top-three player after winning the 2016 NFL MVP, but the players put him all the way down at #10 for one reason or another. They could be holding the Super Bowl loss against him, but it’s not like he was chucking interceptions; the #1 player and his team simply refused to lose after being down 25 points.