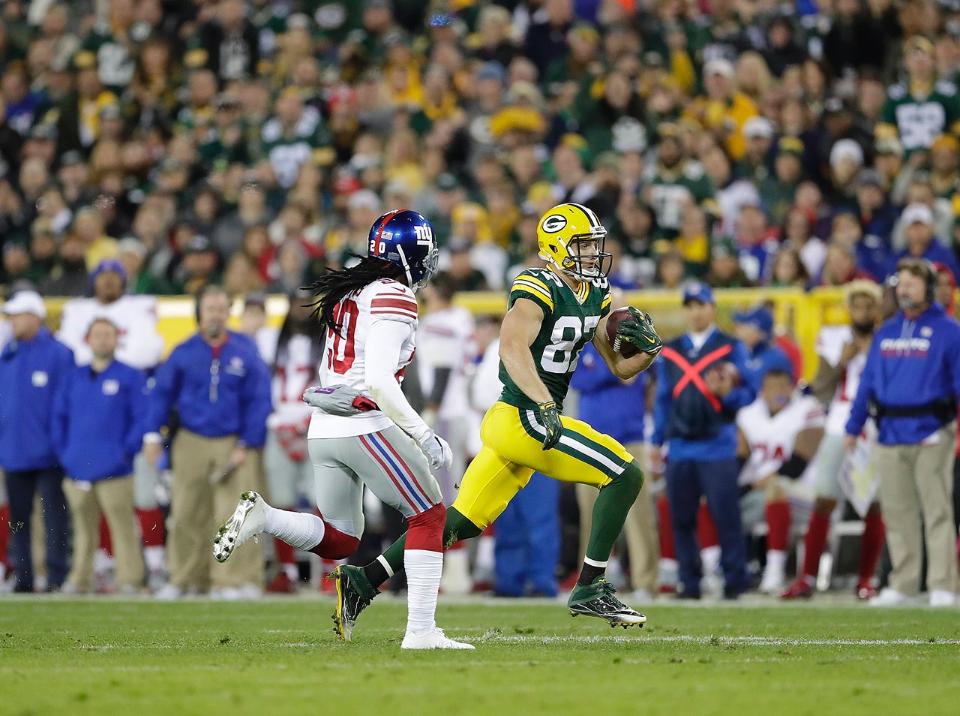 No one could have predicted that Brock Osweiler and Connor Cook would be facing off in a playoff game this year, but that is what we are getting in the playoff opener. Cook saw his first NFL action in relief for Matt McGloin last week against Denver’s elite defense, and while he wasn’t great, he wasn’t terrible either (14/21 for 150 yards, one touchdown, and one interception). Most football fans probably know Cook despite being a 4th round pick, as the former Michigan State quarterback was a two-time Big Ten Champion, two-time Big Ten Championship Game MVP, Rose Bowl Champion and MVP, and led the Spartans to the College Football Playoff last year. Cook will become the first player in the Super Bowl era to make his first career start in a playoff game, but he somehow has the advantage over the opposing quarterback this Saturday.

Brock Osweiler is back as the starter for Houston because Tom Savage suffered a concussion last week, and he has a chance to redeem himself for a bad regular season. The Texans’ 72-million-dollar man has played in and won some big games, but that was as a Bronco, and he’s shown nothing this season to suggest that Bill O’Brien should have any confidence in him. Except Houston to hand it off nearly 40 times—something Oakland should do, too. Jack Del Rio said after last week’s loss, “I mean, Latavius Murray ends up with five carries. How does that happen?” Good question. Oakland needs to rely on their top-two offensive line to make a Super Bowl run. Whichever team runs the ball better should advance this week.

The Seahawks have been a completely different defense without safety Earl Thomas. Since Thomas broke his leg against the Panthers, Seattle has allowed 24.5 points per game in four contests, including soft matchups versus the Rams and 49ers; before Thomas’ injury, they were allowing less than 16.2 points per game on the season. However, the Seahawks are still very tough to beat at home, with their only loss coming on Christmas Eve against Arizona. This is certainly the most flawed Seattle team of the Russell Wilson era, with their biggest weakness being the offensive line; Thomas Rawls is as talented a runner as there is, and his 3.2 yards per carry this season is a big drop from his 5.6 as a rookie.

Detroit had a chance to get as high as the #2 seed if things broke right in Week 17, but they have perhaps the toughest playoff draw in Seattle as the #6 seed. Matthew Stafford was rolling to start the season with 3+ touchdown passes in four of his first six games, but he had just 10 touchdowns over the final 10 games of the season. Running back Zach Zenner has made the offense more balanced recently, averaging 4.3 yards per carry since December, and the second-year back has also done damage as a receiver. Hopefully Zenner’s emergence makes things easier for Stafford; the Lions need their star quarterback to turn it on in the postseason for them to make a run.

Most people would agree that Ben Roethlisberger, Le’Veon Bell, and Antonio Brown is the league’s best trio, but did you know that they have never appeared in a playoff game together? This Sunday will be the first time Ben, Bell, and Brown are all on the field for the Steelers in the postseason, and it’s actually Le’Veon Bell’s first playoff game thanks to season-ending injuries in recent years. The AFC better be ready to put up points, especially if tight end Ladarius Green (concussion) is active.

The Dolphins turned their season around in October with a 30-15 victory over the Steelers, which sparked a 9-2 record the rest of the way, including winning six games in a row. A big reason for the turnaround was the play of Jay Ajayi, who was finally given big workloads, turning 25 carries into 204 yards and two touchdowns against Pittsburgh. Getting shredded in Week 6 could make the Steelers motivated to stop Ajayi this week, but it’s easier said than done (just ask the Bills), and they will be without some players in their defensive front, including Cameron Heyward. Miami has not seen a big decline at all with Ryan Tannehill out, as Matt Moore has stepped in to go 2-1, and also orchestrated a game-winning drive in relief of Tannehill in another game. The veteran has an 8:3 touchdown-interception ratio and a 105.6 quarterback rating this season, but matching Big Ben in Pittsburgh will be a tall task.

Eli Manning is 8-3 in the playoffs for his career, with two Super Bowl seasons and three one-and-done seasons. Since he came into the league, Eli has been as streaky as they come, and that includes the postseason; he has a 2:6 touchdown-interception ratio in years they don’t win the Super Bowl, and a 15:2 touchdown-interception ratio in the championship years. This season, even with the Giants winning 11 games, it has been a lot of bad for Manning. Fortunately, he has the top-flight defense and it looks like a running game is coming on with rookie Paul Perkins—two keys in 2007 and 2011—as they try to make another Super Bowl run.

If there’s something that bodes well for Eli’s chances of getting off to a hot start this postseason, it’s the health of Green Bay’s secondary. The Packers had to resort to safety Micah Hyde playing outside cornerback late in their Week 17 win after three corners were injured in the game. This week, they were forced to promote rookie practice squad cornerback Herb Waters—who was a wide receiver until the start of the regular season. Green Bay’s pass rush better get to Manning or he will find his talented receivers all day.

Aaron Rodgers will probably do Aaron Rodgers things again this week and end some bad luck he’s has in recent postseasons. In the first meeting between the Packers and Giants this season, Green Bay won 23-16, but the offense has really gotten hot to end the season. RUNNING BACK Ty Montgomery will have some extra motivation this Sunday after superstar safety Landon Collins said about him, “…he’s a receiver, and receivers don’t like to be touched. You got big guys in there, linebackers, and defensive backs that like to hit, so he’s going to have to suck it up if he’s going to touch the ball.” The hybrid weapon is nearly 220 lbs., and could have a big day if given a healthy workload. If we get to see Collins matchup with Montgomery out of the backfield as a receiver, I don’t like Collins’ chances.