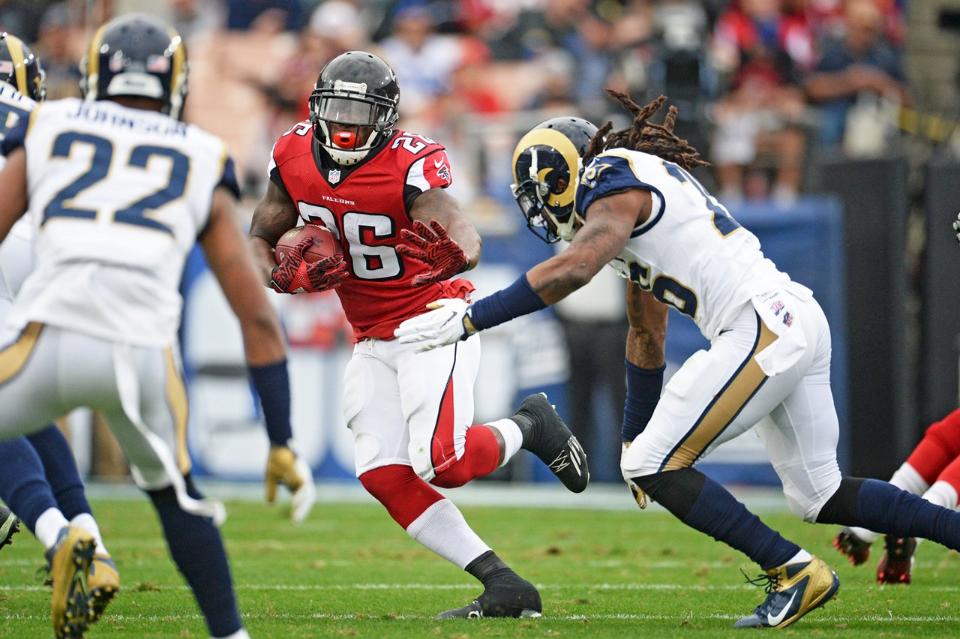 After kicking off the 2017 season with a 42-27 win over the Patriots in New England on their way to a 5-0 start, this really looked like the Chiefs’ year. Since then, they’ve gone 5-6, but it’s really been a three-part story with a hot start, a 1-6 stretch, and a four-game winning streak to close out the regular season. However, despite having momentum heading into the playoffs, we could see another disappointing conclusion for Andy Reid’s team. Tennessee was able to go into a snowy Arrowhead in December of 2016 and score 12 points in the fourth quarter to win 19-17, and they have more talent this year than they did last season. More concerning, though, is the success—or lack thereof—for Reid against defensive coordinator Dick LeBeau.

In five matchups between Reid and LeBeau over the years, the 80-year-old has had the edge with a 4-1 record, holding the Eagles/Chiefs to just 12.2 points per game, including no meetings with more than 17 points allowed. Even last season when Kansas City was able to score that game-high 17 points, two touchdowns came in the first quarter on a 68-yard rush by Tyreek Hill and another score on the ground by Alex Smith; after that, they could only muster a single field goal. I picked against the Titans last week with a playoff berth on the line, but I really liked what I saw from Marcus Mariota and his teammates when they needed to win. No one is really giving them a chance, but I think Tennessee will pull off a road upset by riding Derrick Henry and the running game while playing stout defense.

Like the Titans and Chiefs, Atlanta and Los Angeles also played against each other last December, but it wasn’t a close game at all. The Falcons won 42-14, and former head coach Jeff Fisher was fired after his team’s loss, eventually leading to Sean McVay’s hire. The youngest head coach in NFL history has instantly turned the Rams around with an NFC West crown and the third seed in the NFC, but there’s no way he is content with just that. Led by MVP-candidate Todd Gurley and second-year quarterback Jared Goff, McVay’s offense was the best in the league (29.9 points per game) in his first year at the helm, and they will look to have their impressive attack translate to January football against an underrated Atlanta defense.

Although they needed 17 weeks to get into the postseason, Dan Quinn’s team is as dangerous as anyone with a proven championship quarterback, two stud runners, and an all-time great at receiver. Both teams have the ability to make this a shootout, but the defenses could also keep this closer to a 20-17 game. I think it will come down a star player needing to make a big throw, run, catch, or defensive play in the fourth quarter, and the Los Angeles crowd could also have a meaningful impact on the outcome, as a late-arriving or unmotivated stadium would make things easier on Matt Ryan and the entire Atlanta team. Still, I’m picking the Rams in what should be a great primetime clash.

After the playoff matchups were set when the Bills snuck in thanks to Baltimore’s Week 17 loss, I originally thought this was going to be the worst game of the week, with Jacksonville easily taking care of business. However, the more I think about it, the more I like the Bills’ chances. First of all, this is a bit of a revenge game, as Jaguars head coach Doug Marrone opted out of his contract with Buffalo on New Year’s Eve of 2014, and there are certainly people in and out of the building that remember. Also, anything can happen with Blake Bortles under center. I feel bad for the former first-round pick when other plays call him “trash” or say he will choke, but he’s definitely prone to a really bad performance at any time, and the pressure will intensify for his first career postseason appearance.

Adding to questions at quarterback for Jacksonville, the Bills have some ball hawks on the back end of their defense with rookie corner Tre’Davious White and safety Micah Hyde that could make a play early and drain Bortles’ confidence. Marrone will likely have a conservative game plan built around Leonard Fournette, though, and “Sacksonville” has playmakers all over on defense to create problems for Tyrod Taylor and his lack of weapons. I’m giving Buffalo more of a chance than I did earlier in the week, but the Jags should be able to advance if they limit the turnovers at home.

The only matchup between divisional opponents in the Wild Card Round closes things out this weekend, as the Panthers and Saints do battle on Sunday afternoon. New Orleans won both regular season games with a 34-13 win in Week 3 and a 31-21 win in Week 13, as they were able to do damage on the ground with Mark Ingram and Alvin Kamara combining for nearly 150 rushing yards in each meeting. Even if Luke Kuechly and Thomas Davis are able to contain the rushing attack, I don’t see Drew Brees and the Saints not scoring points against a Carolina pass defense that has fallen apart recently. That means Cam Newton will have a lot on his shoulders—specifically his right shoulder—in order to avoid a three-game sweep and elimination at the hands of the Saints.

Unfortunately, the offensive role players for the Panthers are relatively weak behind Christian McCaffrey, Greg Olsen, and Devin Funchess, so Newton will have to do damage with his legs in order to keep drives going and not settle for field goals. If Cam is able to be consistently accurate with short passes to McCaffrey and intermediate/deep passes to Olsen and Funchess, it would be enough to give them the edge, but continued success through the air has never been a staple for the former first-overall pick. I’m fine with Newton’s style of play, but if he wants to outscore Brees, he will need to have a truly heroic performance similar to that memorable game against the Giants in 2015 when he picked up chunk yardage through the air and on the ground in a 38-35 win.