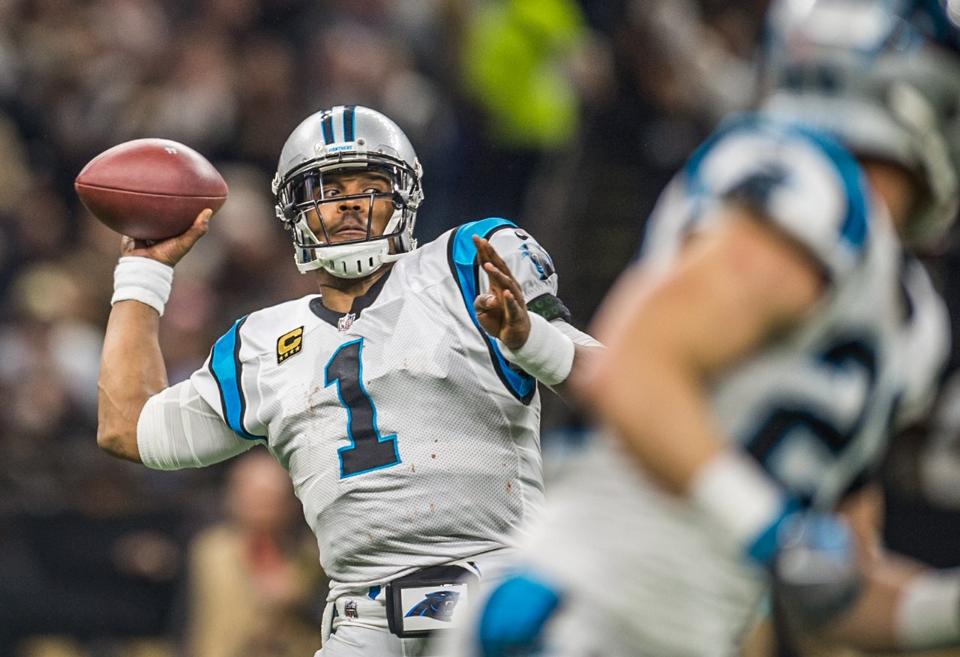 
NFL Wild Card Weekend lived up to the hype, with all four games remaining competitive to the end, and with three of the four being decided by one possession. There were spectacular plays, heartbreaking losses, questionable officiating, and overreaction and ignorance from many fans (of course). These are my instant reactions to an entertaining weekend of football.

The third NFL regular season for Marcus Mariota didn’t go as planned from an individual performance standpoint. It’s not unfair criticism to say he’s not lived up to expectations, either, as Mariota will be the first to tell you that himself—though he has dealt with injuries throughout the year. Nevertheless, over the last two weeks, Mariota has turned it on when his team needed it.

To clinch a playoff spot in Week 17, he threw a mean stiff-arm to Jaguars safety Barry Church to basically ice the game. Then with the Titans down 21-3 to the Chiefs, Mariota rose to the occasion in his first playoff game, working in tandem with a defense that rallied after a speech from defensive coordinator Dick LeBeau. The touchdown reception from himself was amazing, and it gave the rest of the team a jolt of energy that they rode to victory. Typically, you don’t want your quarterback running around the way Mariota did, but he simply had to make plays with his receivers not getting open.

He also made the throws to keep drives going and pick up first downs, with his best throw for the game-winner to Eric Decker coming after a miss on the previous play to a wide-open Corey Davis (though it appeared Davis didn’t run a great route and didn’t accelerate up the field after his break). Then, Mariota threw the block that sprung Derrick Henry for a game-sealing first down. It was funny to see Mariota stare down his own sideline for the second straight week after a game-clinching play, and the defensive players all coming off the bench to congratulate their quarterback shows the type of leader Mariota is despite not being a “rah-rah” guy.

After the win, people started penciling in New England for the AFC Championship Game (assuming the Jaguars would beat the Bills), but I don’t think that’s wise. There’s something going on in Tennessee right now, and they shouldn’t be counted out with Mariota at quarterback.

The Rams criticism is outrageous

Maybe it’s because a lot of people picked Los Angeles to get out of the NFC and go to the Super Bowl, but there seemed to be a lot of bitterness from people after the Rams lost to the sixth-seeded Falcons, with ignorant criticism pointed toward Rams head coach Sean McVay.

Many saw Gurley picking up chunk yardage in the second half and saw he had only 14 carries at the end of the game, so they instantly said McVay blew it with his play-calling. Those people clearly did not actually watch the game and instead wanted to make it appear they know what they are talking about on Twitter. The Falcons clearly had a gameplan of wanting to stop Gurley from beating them, and the MVP candidate couldn’t get much going in the first half until his 26-yard run late in the second quarter. Give Atlanta credit instead of discrediting the Rams. My guess is people didn’t want to do that because they picked the Rams to win and were upset for whatever reason.

Yeah, they are a six seed in the NFC, but they are still the defending NFC champs and have more experience than the other teams in the postseason. The Falcons are now the first six seed to be favorites over a one seed in the playoffs; and while that certainly doesn’t mean they’re a lock to win, the NFC Championship Game is very much within reach. From there, anything can happen, even if they are underdogs at Minnesota or at New Orleans. Los Angeles might have been the most popular NFC pick, but the Falcons toppled them in rather convincing fashion. They’re probably feeling it right now.

The legs of Blake Bortles might have won the game for the Jaguars, but Jacksonville probably isn’t going to win two—let alone three—more games if the passing offense doesn’t improve drastically. Bortles missed easy throws, and Pittsburgh/New England/Tennessee isn’t going to allow him to run around like he did against Buffalo because they’ll be ready for it. Bortles has the ability to get hot and go on a nice stretch for a deep playoff run, but it’s difficult to be optimistic, especially when you could see on his face that he had no confidence throwing the ball.

The Cam Newton situation should be a non-story

If you were on Twitter during the end of the Panthers-Saints game when Cam Newton was apparently poked in the eye by his visor and had to come out of the game, there’s a good chance you saw the public outrage over the NFL allowing him to play in the game. Exhibit A:

They should dump the Concussion Protocol, it’s a sham. The NFL doesn’t care about its players and we knew this already. https://t.co/iZOY375gyw

There were even people criticizing FOX announcer Troy Aikman for not saying anything about it being a concussion. These people are so ignorant it’s ridiculous. Nothing against Cam Newton, but he can be a bit dramatic at times. Looking at the situation from an impartial perspective, his falling to the ground appeared nothing more than over dramatization on Newton’s part. The replay showed Newton’s visor coming out of place and going near his eye area, and he held up ice to his eye afterward. But some were apparently so infuriated that they saw red instead of paying attention to the game. Joe Buck and Aikman always call the game fair and are aware of what’s going on—they probably realized Newton was doing what a lot of players do today: lay on the field with the injury instead of going to the sideline. People need to stop acting so outraged over everything and hopping on Twitter for likes and retweets.