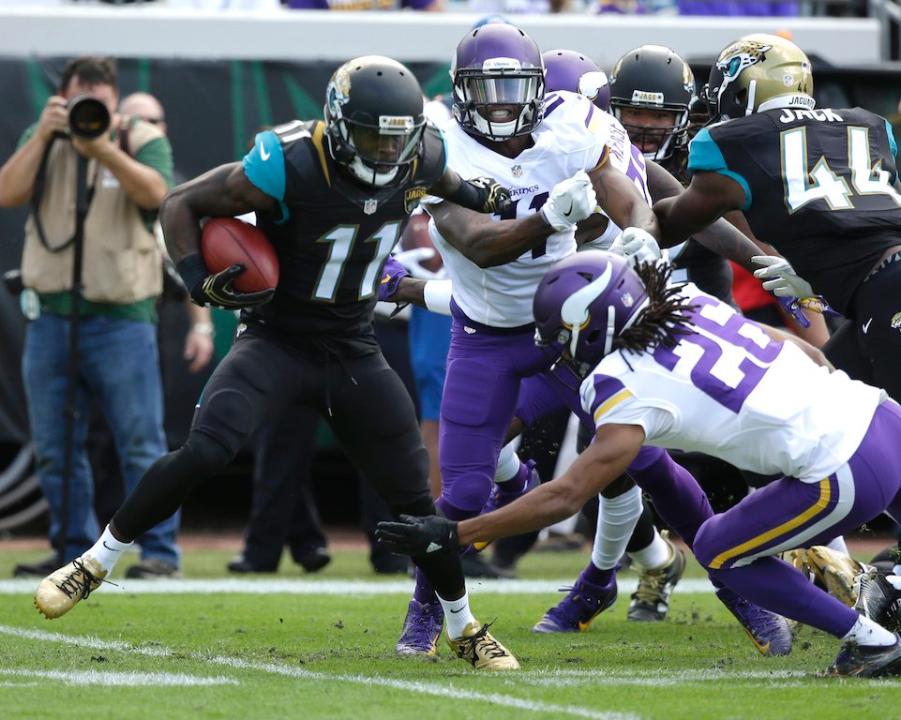 2015 First-round draft pick and Doak Walker award winner, Melvin Gordon did not eclipse 1,000 rushing yards and also didn’t score a single touchdown in his first season, much to the San Diego Chargers dismay.

Hopes were high for the Chargers running backs entering the 2016 season, but then running back Branden Oliver tore his right Achilles tendon in a preseason game against the Minnesota Vikings on August 28th.

Just three weeks later on September 18th, running back Danny Woodhead suffered a torn ACL in his right knee against the Jacksonville Jaguars.

Gordon was already number one on the depth chart, but with these injuries to the second and third string players, he became the undisputed workhorse.

Gordon has scored in seven of 12 games and if he had not been carted off the field in the first quarter against the Carolina Panthers with a hip injury, it’s likely he would have added more in Week 13.

In addition to increasing yards per game from 45.8 to 76.7, Gordon vastly improved in receiving yards. Last season Woodhead carried the Chargers and led the NFL as a running back with 756 receiving yards, six receiving touchdowns, and 81 receptions.

Gordon has not filled Woodhead’s shoes in receptions, but has made a much larger impact than he did in his rookie season. Gordon’s 192 receiving yards from last season have been easily surpasses by his 419 yards and two receiving touchdowns this season.

In his second year as running back, Gordon has now solidified his place as one of the key players on San Diego’s roster.

Fellow AFC running back, Jay Ajayi took a back seat to Lamar Miller last season for the Miami Dolphins and then started this season behind Arian Foster in the depth chart. Arian Foster retired, giving Ajayi almost all the work in the Dolphins’ backfield.

Ajayi has more than tripled his rushing yards from last season. During the 2014-15 season he only rushed for 187 yards, and this season through 13 weeks he has already rushed for 956 yards. Additionally, he has crossed the thousand-yard mark with all-purpose yards.

His yards per game now stands at 79.7, which is only yards less than a 400 percent increase. Ajayi has also rocketed into the end zone seven times as compared to a single touchdown last year.

With quarterback Ryan Tannehill out with a ACL and MCL sprain, expect Ajayi to carry a heavy workload and continue to add to those numbers in a great second season.

Despite the Jacksonville Jaguars 2-11 record, there is one bright spot in the Florida team and that is third year wide receiver Marqise Lee. A former USC standout, Lee struggled last season and only had 191 receiving yards and 32 targets.

This season has not been smooth sailing for Lee, who dealt with the firing of his offensive coordinator Greg Olson late in October.

In addition to coaching turnovers, Bortles has also not been the most reliable source. He has thrown 15 picks and has a 78.2 quarterback rating, regressing from last season.

These factors aside, Lee has been a steady force in the Jaguars offense. Lee has 86 targets this season, second only to fellow wide receiver Allen Robinson who has 119 targets.

Despite Robinson leading in targets, Lee is leading the Jaguars with 728 receiving yards. Lee averages 13.5 yards per reception to Robinson’s 11.2. Additionally, Lee averages 56 yards per game, 6.8 yards more than Robinson.

Not only is Lee contributing more than Robinson in terms of yards, but he is vastly better than he was last year. Lee’s 56 yards per game is a huge leap from last season’s 19.1 yards per game.

The only category Lee could still improve upon is his touchdowns. This season he has two; last season he had one. Chalk this up to an overall lackluster offense, as Lee would probably have more if the Jaguars had a consistent offense.

Mike Wallace’s veteran NFL career has taken him to four teams to date. This season in his first year with the Baltimore Ravens, Wallace is making great strides when compared to his 2015-16 season in Minnesota

Last year, Wallace had the worst season of his career as a Viking. Wallace had 473 receiving yards, averaged 12.1 yards per reception, and only made it into the end zone twice.

With 903 yards, Wallace leads the entire Ravens offense with 14.6 yards per reception. With four touchdowns, Wallace is second on the team’s leaderboard only to running back Terrence West, who has five touchdowns.

There is perhaps no greater spark of youth shown by Wallace than his 95-yard receiving touchdown against the Pittsburgh Steelers in Week 9. During that run, Wallace beat Steelers safety Mike Mitchell and cornerback Artie Burns. This play tied his longest reception going all the way back to the 2011 season, ironically enough when he was playing for the Steelers.