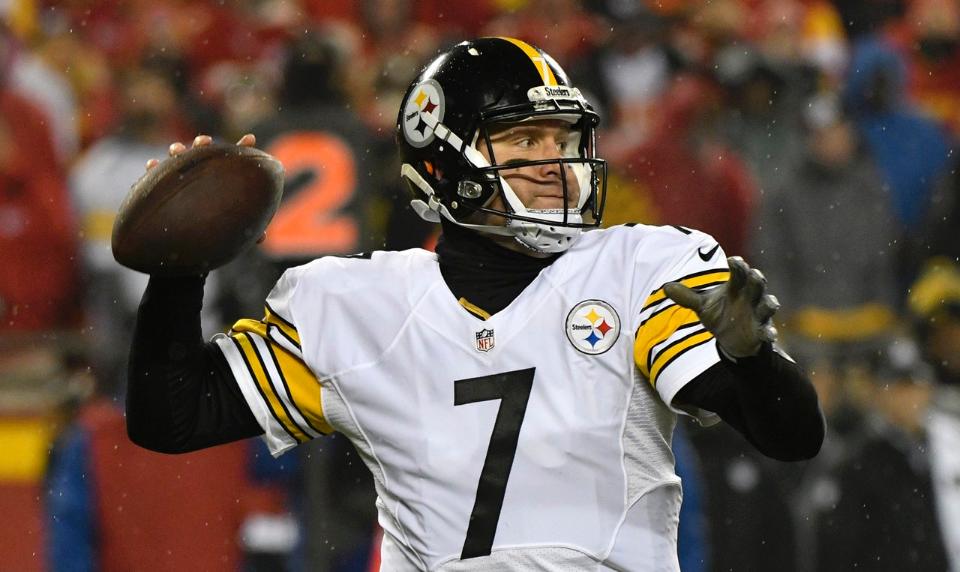 
The new league year is almost upon us. With free agency set to begin at the end of next week, I’ll break down some steps each team should take this offseason, division-by-division, starting with the AFC North.

Steve Smith Sr.’s retirement leaves an opening at wide receiver, so B-Marsh would be a solid option for the Ravens. Baltimore has been effective when signing veteran receivers in recent years, and Marshall is a perfect fit as a big body for Joe Flacco to target on third downs and in the red zone.

Get another running back

Kenneth Dixon showed flashes last season, but Ozzie Newsome should look for a compliment to him at some point in a talented draft class. Guys like Samaje Perine and Wayne Gallman would provide excellent value in the third round.

If Jimmy Smith is able to stay healthy on the outside, he and rookie Tavon Young make a formidable duo at cornerback. Drafting Jabrill Peppers in the first round would give them a potentially elite secondary of Smith and Young at corner and Eric Weddle and Peppers at safety.

Melvin Ingram comes straight to my mind here, but the Chargers could decide to franchise tag him or simply out-bid everyone else. At 27, Ingram is in the prime of his career. There are also plenty pass rushers to target in the draft if they cannot sign a quality free agent.

Notice I did not give a name. A.J. McCarron will likely be a target of a few teams if the price is right, but the Bengals should have an open mind about their starter Andy Dalton, too. If Cincy doesn’t think Dalton can win them a Super Bowl, they could potentially fetch a couple first round picks for him and move forward with McCarron. If they think Dalton is the guy, then McCarron could be on the move.

There has been increasing chatter that the Bengals will replace Jeremy Hill this offseason, but that would be a mistake. Hill’s size and speed is hard to replace, and there are too many needs to spend a high pick on another back. Marvin Lewis’ squad should sign/draft offensive linemen, especially on the interior, and select a running back they like in the middle rounds of the draft.

Foster falling to #9 would be a dream scenario for the Bengals, but there is definitely a chance it becomes a reality. Cincinnati should run the card up to the podium if the Alabama product is available, as he has the ability to transform a defense.

In other words, Cleveland should take Watson if he’s there with their second pick (12th overall), or if they’d be able to trade up a handful of spots without sacrificing too many assets. I think without a doubt that Watson should be the first quarterback off the board, but Cody Kessler is a player I’ve liked since college, and the Browns just took him in the third round last year. Also, having Kessler and Watson compete with each other wouldn’t be the worst thing in the world, as Cleveland needs all the talent they can get in the quarterback room.

This seems obvious, but the Browns failed to do it for years before the new regime took things in the right direction last year. In my opinion, the “moneyball” front office aced their first draft in 2016 with Corey Coleman, Emmanuel Ogbah, Carl Nassib, and Cody Kessler. Going best player available is a good strategy for a one-win team.

Find a star running back

This means drafting Christian McCaffrey if he somehow isn’t a first round pick, or using some of their mid-round picks to move up. An offensive core of Kessler (or Watson), McCaffrey, Corey Coleman, and Terrelle Pryor would be able to grow together and could quickly make some noise, especially with more young talent on the other side of the ball. If Watson is gone by the 12th pick, LSU’s Leonard Fournette could be an option if available.

Pittsburgh needs to lock-up arguably the best wide receiver and undoubtedly the best running back in the game. As long as they have those two and Ben Roethlisberger, the Steelers will be contenders every year.

Speaking of Roethlisberger, the Steelers would be in big trouble if their quarterback made true on his retirement talk. Big Ben has always had a flare for the dramatic, but entering his age-35 season, Roethlisberger has taken a lot of punishment over the years. Finding his successor could prevent a huge drop-off in the post-Roethlisberger era.

Add a reliable weapon across from AB

Martavis Bryant simply cannot be trusted to be back on the field after being suspended for the entire 2016 season. Wide receivers are all over the place when it comes to the NFL Draft, and an in-state option, Penn State’s Chris Godwin, would play a perfect Robin to Antonio Brown’s Batman.

It might seem like it, but James Harrison probably won’t be able to get after the quarterback forever. Not only that, but the 39-year old (in May) needs some help if the Steelers are finally going to get past the Patriots in the postseason. There should be a quality group of outside linebackers to choose from with the 30th pick in this year’s draft.