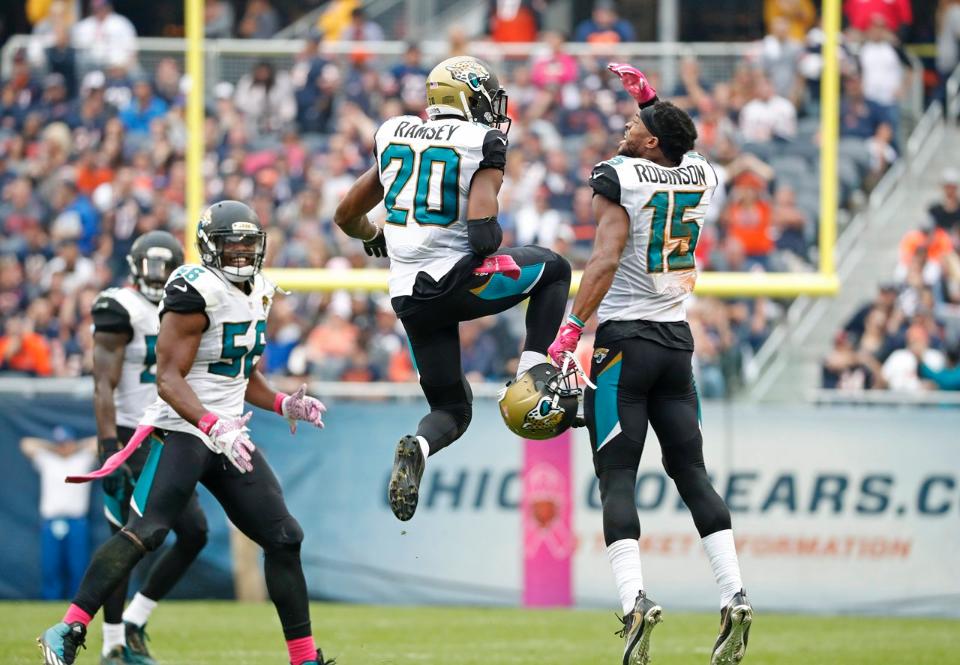 Last season: 9-7 (1st in AFC South), lost in Divisional Round

Brock Osweiler’s contract forces Houston to keep him on the roster this season, but that doesn’t mean they shouldn’t try to improve the quarterback position. The team cannot waste J.J. Watt’s career by not being serious Super Bowl contenders, which they aren’t with Osweiler at quarterback. Tony Romo could give the Texans a discount because they are ready to win now and he would get to stay in Texas.

The Chargers just released the former first round pick this morning, so Houston has a chance to get Fluker or another offensive lineman in a good free agent group. Fluker has played both guard and tackle, and could slide right in as the starting right tackle to bolster the o-line.

There were rumors during the playoffs about Bill O’Brien and the team parting ways if they didn’t win a playoff game, which would have been a huge mistake for the Texans. O’Brien is one of the best coaches in the league, leading Houston to two-straight division titles despite subpar quarterback play. Getting Tony Romo would be a way to make the head coach happy.

Just like the Texans cannot waste J.J. Watt’s career, the Colts cannot waste Andrew Luck’s. The former first overall pick has taken a beating in his career thanks to poor offensive line play, and the team won’t go anywhere if they can’t protect the quarterback. Luck has “regressed” according to some, but it’s hard for anyone to play great without enough help.

Get a big-time pass rusher

You would have thought that the defense would have been really good after former GM Ryan Grigson failed to build the offensive line, but he did almost as poor a job there. The Colts have Vontae Davis and not much else on the defensive side of the ball, so new GM Chris Ballard will be tasked with finding playmakers on defense—and a big-time pass rusher through the draft, trade, or free agency should be a priority.

Draft a running back

Frank Gore was still effective last season, but he turns 34 in May. In a deep draft class for running backs, the Colts should be able to find a nice player in the middle rounds. However, they should worry about the offensive line and defense first if there are solid players still on the board.

A popular breakout pick by many people (including me) last season, the Jaguars looked like… the Jaguars… in 2016. Tom Coughlin is now running things as Executive Vice President of the team, and he will try to bring a winning mentality to a talented roster. There is no reason that a roster with young players like Jalen Ramsey, Myles Jack, Allen Robinson, Malik Jackson, Telvin Smith, Marqise Lee, and others cannot win now.

Blake Bortles was not one of the players I just mentioned, as he took a huge step back after a breakout 2015 season. He was dealing with injuries to both shoulders last year, but his decision-making was a bigger issue than his accuracy. Not only should Jacksonville see if there’s a replacement for Bortles through the draft or free agency, but they should also see if they could get a first round pick or more for Bortles in a quarterback-needy league.

With over $75 million in cap space (third most in the NFL), the Jaguars can spend in free agency on the best players regardless of position. More importantly though, they can draft the best player available with the 4th overall pick. What I mean is the Jags can take whoever they want despite the current construction of their roster. For example, they might be hesitant to draft a safety after shelling out big money to Tashaun Gipson last offseason, but they should take Ohio State’s Malik Hooker 4th overall if they think he’s the best player on the board. Drafting Hooker and re-signing Johnathan Cyprien gives them a dynamic and complementary pair in the back-end of the defense.

Especially now that John Ross just ran a 4.22 40-yard dash at the NFL Combine, he and Clemson’s Mike Williams will likely both be gone by the time the Titans are on the clock with the 18th pick (drafting a wideout at #5 would be a reach). Considered the favorites along with the Eagles for Brandin Cooks, Tennessee needs to give their best offer and force the Saints to make a decision on their star receiver. Even if New Orleans wants the 18th pick and another pick in the middle rounds, it would be worth it to get Marcus Mariota a true #1 receiver.

Field offers for the 5th pick

The Titans have a lot to work with because of their trade of the first overall pick last season, and could be in a position to trade down from the #5 spot this April. As stated over and over again, this is an extremely deep class when it comes to the secondary, so if the Titans want Marshon Lattimore or Malik Hooker for example, but they’re both gone, the team could get even more ammunition for Day 2 of the draft and come away with a handful of starters.

No matter what Tennessee does with their first pick, they need to come away with a good corner at some point this offseason. Marshon Lattimore at that 5th pick makes sense, as does signing a free agent. The Patriots’ Logan Ryan (who is a free agent) would be a solid fit in Dick Lebeau’s defense.