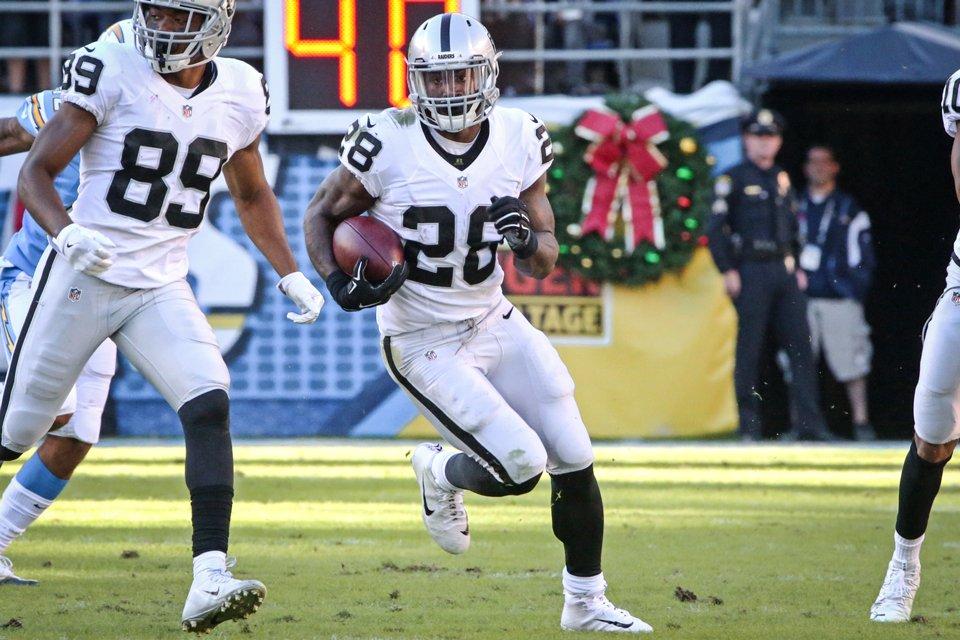 I would think the Texans are the favorites for Romo’s services, but John Elway will likely make a push for him, too. If Elway can get in the same room as the veteran passer, he could convince him to sign like he did with Peyton Manning a few years ago.

Get at least two offensive linemen

Denver doesn’t have a chance at signing Romo if they don’t sure-up their offensive line this offseason. The Broncos should sign one veteran lineman in a deep class and draft Wisconsin’s Ryan Ramczyk in April.

Elway will probably have to spend his first round pick on Ramczyk, but the tight end class is deep enough to allow Denver to get a stud by trading up at the end of Day 1 or early Day 2. Ole Miss’ Evan Engram seems like the most realistic target, but his 4.42 40-yard dash at the Combine could move him up team’s draft boards.

The Stanford stud is the perfect replacement for Jamaal Charles in KC. Andy Reid’s offense loves to feed the running back on the ground and through the air, and McCaffrey excels at both. The Chiefs would have a really loaded offense with McCaffrey-Maclin-Hill-Kelce.

Make a run at Dont’a Hightower

Perhaps the best overall free agent this offseason, Hightower would fill a huge hole on the Chiefs’ defense. They will likely have to pay top-dollar, but that’s worth it for a stud linebacker, and also weakens New England in the process (though the Pats seems content letting him go).

I’m unsure why the media hates Alex Smith so much, but the coaching staff and management have strongly committed to him for 2017, which is a wise move. Teams would be lining up for the former #1 overall pick’s services if he were to hit the market, contrary to his bad reputation as a “game manager.” If Kansas City improves their run defense, this could finally be the year they make a run.

Drafting the Ohio State star would give LA’s newest team a crazy secondary of Hooker and Jahleel Addae at safety with Casey Hayward and Jason Verrett at cornerback. Plus, they have two dynamic pass rushers in Joey Bosa and Melvin Ingram. If health cooperates, the defense could carry the Chargers to the postseason in 2017.

Health includes the offensive line, where the Chargers have to make the right moves this offseason to protect an aging Philip Rivers. Melvin Gordon would also appreciate better blocking to have another breakout after a great sophomore campaign.

There is definitely a chance that Philip Rivers will have several seasons of elite play left in him, but LA could also look for a young core on offense like they’ve done on defense. Imagine a team of Deshaun Watson (as an example), Melvin Gordon, Keenan Allen, Hunter Henry, and that emerging defense when they enter their primes together.

Reports suggest that Oakland will move on from Murray, but that would be a mistake. Latavius followed up his first 1,000-yard season in 2015 with a 12-touchdown season in 2016. He owns a career 4.2 yards per carry average in his three seasons in the league, and although it was down to 4.0 behind a really good offensive line last year, Murray consistently converted short-yardage situations and was battling a toe injury. Plus, he can catch the football, and his teammates all want him back, including his quarterback.

Not even Bill Belichick could overcome a relocation when he was with the Browns, eventually leading to his firing. Now, the Raiders are not relocating this season and probably still have a couple years left in Oakland, but things could go south in a hurry in the NFL. Jack Del Rio needs to keep his guys focused on what they can control.

The reigning Defensive Player of the Year Khalil Mack does it all for the Raiders, but the defense as a whole needs to get better. Sean Smith was a disappointment after coming over from Kansas City, so Oakland should look for a good corner in the draft.