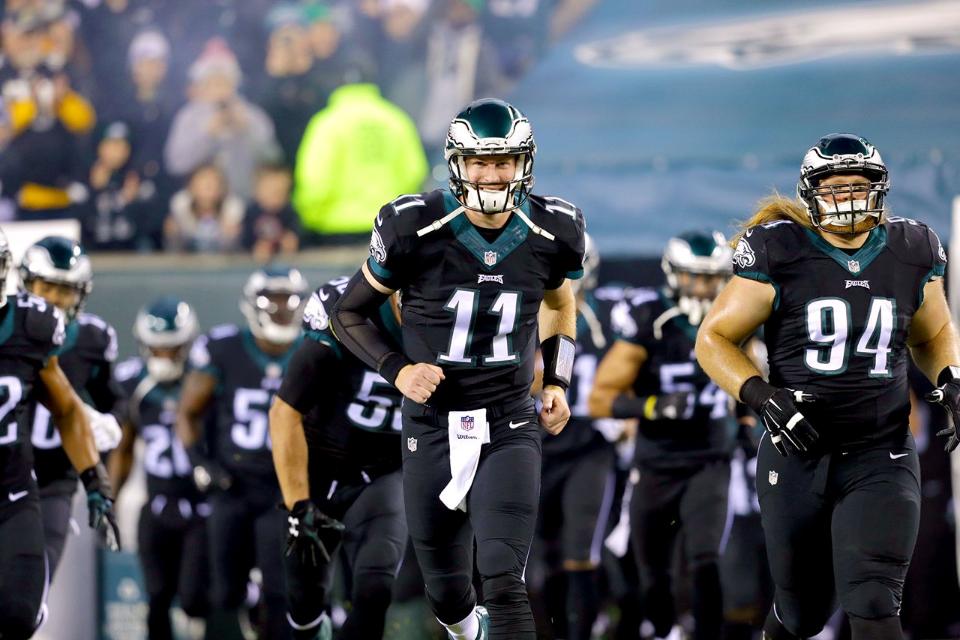 Get at least two corners in a stacked draft class

Anyone who watched or paid attention to the NFL Combine on Monday when the defensive backs took the field should have seen the depth of the class, especially at corner. As Deion Sanders said during NFL Network’s coverage, Jerry Jones needs to get at least a couple cornerbacks.

With Terrance Williams heading to free agency, the Cowboys need to fill a void left opposite Dez Bryant. After apparently impressing in his Combine interviews, Westbrook could be gone before Dallas feels comfortable taking him, but he would be a really good fit as a field-stretcher.

Fortunately for Dallas, their biggest needs (CB, DE) are both deep positions in this year’s draft. The team better make sure they get this one right though, as they’ve missed on both Greg Hardy (in free agency) and Randy Gregory recently, both due to character concerns.

Eli did not look good at all in 2016. The Giants offense was clearly the weak spot on the team despite Ben McAdoo being promoted from offensive coordinator to head coach, which should have given the unit continuity. With the two-time Super Bowl champion heading into his age-36 season and showing concerning signs of a breakdown last year, New York should find their next quarterback to transition into the post-Eli era with a strong defense and talented receivers.

To be clear, a trade isn’t going to happen, but I would think about it if I were the franchise. The Titans are looking for a wideout, so why not see if they’d give up their two first round picks (5th and 18th) for Beckham? Look at how the Patriots cycle through receivers; wide receiver is not a priority position, so getting a top-five pick and a mid-first for a player who is sometimes a distraction is a great return.

Look at all running back options

This could mean trading up for Leonard Fournette, signing Jamaal Charles, or hoping that Christian McCaffrey is there at pick 23. Adrian Peterson has been floated around, but he doesn’t seem like a great option for McAdoo’s shotgun-heavy offense. If the Giants are okay with Oklahoma RB Joe Mixon’s character, he would be a steal in the second round.

I was not as high on Florida State’s Dalvin Cook as everyone else entering the Combine, and his disappointing numbers in Indianapolis could cause his draft stock to fall across the league. Cook ran a 4.49 40-yard dash, which is good, but not for a player compared to Jamaal Charles. Perhaps more concerning were his jumping numbers and his 3-cone drill time, showing he might not be explosive as everyone thought. Christian McCaffrey would be a better option for Philly at 14th overall.

As I said in my AFC East Blueprint, the Dolphins should let Stills walk if he’s going to get $12 million a year from someone, and the Eagles should also balk at those demands. Trading the 14th pick for Brandin Cooks is the move I would make, as Cooks is deserving of a big contract. If Nelson Agholor’s potential is unlocked by a new WR coach, Carson Wentz will have a couple of really good weapons on the outside.

Get at least two corners in a stacked draft class

Just like the Cowboys have to do, the Eagles should reshape the cornerback room. Jalen Mills is a fan-favorite, but I think it would be a huge mistake to rely on him as a starter in 2017. Even in the second, third, or fourth round, Philadelphia should be able to get two starters this April when they host the draft.

For those not paying close attention, this offseason has been a disaster for the Redskins. The team doesn’t seem any closer to a long-term deal with their quarterback, and there is drama in the front office that needs to be resolved. At the end of the day, Jay Gruden is a great offensive coach, and should be able to groom another quarterback like he has with Kirk Cousins. If San Francisco wants to trade the second overall pick and a lot more, I would pull the trigger.

Find a running back after deciding what to do at quarterback

If the team and Cousins can agree to a long-term deal, that would be great, and a veteran back like Jamaal Charles or Adrian Peterson would be a solid addition behind a strong offensive line. If the team deals Cousins and rolls with a young quarterback, then the Redskins should look at the draft for a back to grow with the quarterback like Dallas is doing.

Under the Kirk Cousins trade scenario, the Redskins have a lot of draft picks to play with, which they would surely use to rebuild the defense. I said Agholor’s potential could be unlocked by a new WR coach in Philly, but that was the Blueprint from the Eagles perspective. If I’m the Redskins, I would see if my division rival would give up the former first rounder for a late draft pick, allowing Washington to let DeSean Jackson and Pierre Garcon get paid elsewhere.