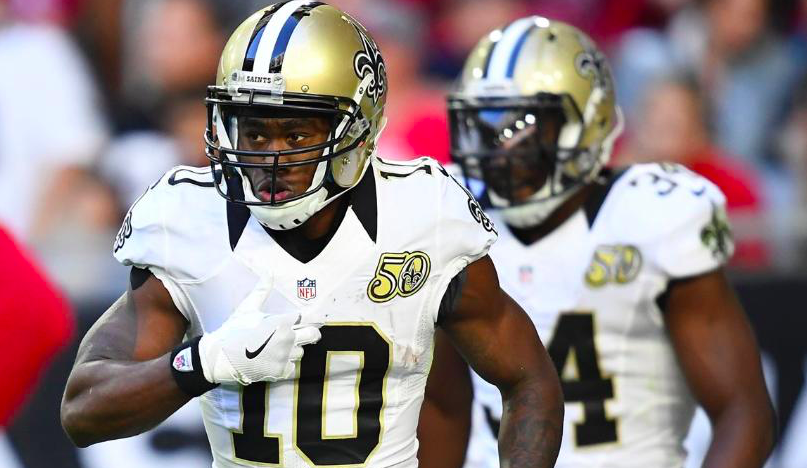 After flying everywhere for the better part of Super Bowl LI, the Falcons defense ran out of gas as Tom Brady and the Patriots pulled off perhaps the greatest comeback in the history of sports. Another pass rusher to pair with Vic Beasley could have changed the outcome on Super Bowl Sunday.

Devonta Freeman caused a bit of drama in the week leading up to the Super Bowl when news came out that he wanted to get paid like an elite back, and even though they said they’d address his contract this offseason, the Falcons could be unwilling to meet Freeman’s demands, especially with Tevin Coleman on the roster. With only one of the two likely to get a big extension in a salary cap league, I’d choose Coleman and shop Freeman if I can.

By not throwing money at Devonta Freeman, Atalanta should be able to give their top cornerback what he wants to keep him around long-term. Trufant has proven himself as a top-end corner under Dan Quinn and is worth the money more than a running back is.

Jonathan Stewart averaged just 3.8 yards per carry in 2016, and the Panthers should at least look for his future replacement. Leonard Fournette not only fits the billing, but he’d be the star if the Panthers select him 8th overall. A backfield with Cam Newton and Fournette is a scary thought.

In a loaded free agent market for offensive linemen, the Panthers need to get in on the action to protect Cam Newton. Signing Vikings left tackle Matt Kalil to pair with his brother, Panthers center Ryan Kalil, could provide good continuity for the offense. Also, Matt Kalil is just 27 years old.

Draft the next Josh Norman

Easier said than done, but Josh Norman was a fifth round pick by the Panthers in 2012. In a stacked cornerback draft class this year, there is a very good chance that a guy drafted in the middle rounds turns into a stud; Carolina just needs to find out who and develop him.

Don’t trade Brandin Cooks for less than a mid-first

If Brandin Cooks was somehow to re-enter the NFL Draft this April, he would undoubtedly be the top receiver on the board and would be considered as a top-five pick. He’s going to need a contact extension, but any team that trades for Cooks should be right in expecting at least six years of elite production, as the speedster doesn’t turn 24 until late September. The Eagles and Titans will need to give up pick #14 or pick #18 respectively if I’m New Orleans.

Load up in the secondary

Literally a quarter of the Saints’ season is against either Julio Jones or Mike Evans, so they need to make major changes in the secondary to slow those guys down. Washington’s Sidney Jones is considered the first round prospect, but his teammate Kevin King could be the better option in the second round for the Saints. King ran a 4.43 40-yard dash at 6’3” on Monday at the Combine, so his size and speed could match up—or come kind of close—to Jones and Evans.

Think about life after Brees

Sean Payton has talked glowingly about Deshaun Watson, calling him “special” and going on to say, “he appears to have all those things that we’re looking for.” If the Saints didn’t have so many holes on defense, Watson would probably be in-play if he’s available with the 11th overall pick. Still, if they have Watson as the top player on the board, the Saints should take him and let him learn behind one of the greatest quarterbacks of all-time in Drew Brees.

A fast receiver to take the top off the defense would be the perfect compliment to big-bodied Mike Evans, and DeSean Jackson showed he still stretches the field in 2016. Tampa Bay shouldn’t give him too much more than $10 million a year, but it’s unlikely John Ross falls to them at the 19th pick after his record-breaking 40-time. If Jackson is too expensive, Dede Westbrook would be a good target in second round.

Move on from Doug Martin

Doug Martin had a season for forget after a big contract extension last offseason, as he averaged just 2.9 yards per carry as he battled injuries and other things. Now, he faces a suspension, and it allows the Bucs to void his contract and move on, which is what they should do. Tampa Bay will be able to find a replacement in the draft, and they’d have him for 16 games barring injury.

Many are clamoring for the Bucs to draft Florida State’s own Dalvin Cook with their first round pick, but he’s not worth a top-20 selection in my opinion. Tampa Bay also needs pass rushers, so Taco Charlton would be a better value pick if he’s available when the Bucs are on the clock with the 19th pick; Charlton is a great fit for a 4-3 defense.